While not generally thought of as a destination area for rock climbing, the pure number of visitors that head to the bay area for other purposes make this a great location for a quick day on the rock in between other commitments.

You can climb year round in the Bay Area, provided that winter rains haven't pummeled the area too recently. Often, inland areas are extremely hot in the summer, though the coastal areas will stay pleasant.

American Big Wall climbing took its first roots here, with locals practicing their skills on local rocks before heading to Yosemite for its renowned cliffs. Almost every area that has a chimney in Northern California was first climbed by Warren Harding or Forrest Shute, and you will often see a piton stuck in the rock left over from climbers of another age.

Berkeley, Castle Rock and Sonoma will hold your attention for a great day of bouldering. Mount Saint Helena or Lover's Leap (in the Tahoe area, but still only about 2 hours drive from most locations), or Table Mountain for a sport or trad experience.

Visitors and locals alike should check out the area along the Sonoma coast for a sport or bouldering experience unique to California, where waves, wind and rock found only here make an unforgettable day's climbing.

People with several days free in the Bay Area will probably want to head east to the Tahoe area in the summer or fall, to Yosemite for the trad folks, and perhaps all the way out (6-8 hours) to the Eastern Sierra areas like Bishop and Mammoth for a world class alpine, sport, or bouldering experience.

Unfortunately, a significant portion of the best climbing in the Bay Area is on private property, and unless you're in the know, you don't get to go.

A few notes for first time visitors on where the rocks are clustered around here.


Most urban locales can be reached by BART (Bay Area Rapid Transit) and connecting systems, or Uber if you're a high roller. Some crags are best reached by car, but keep in mind parking can be pricey in spots, and the bridges often collect tolls. 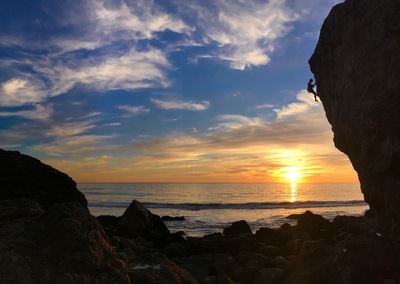 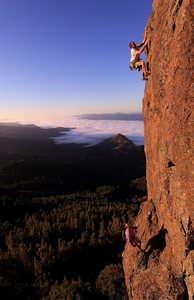 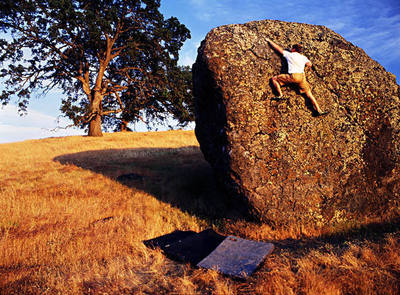 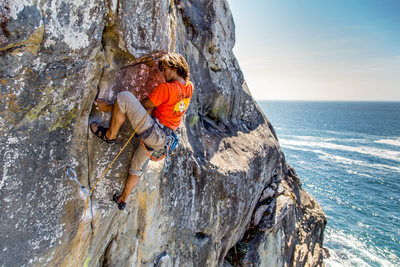 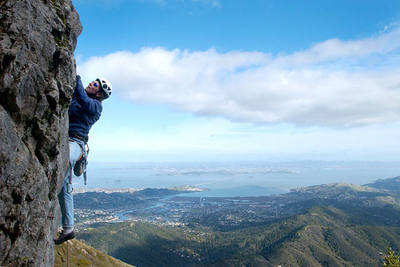 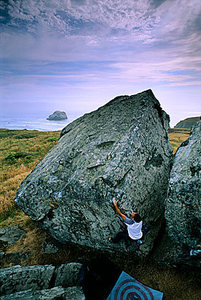 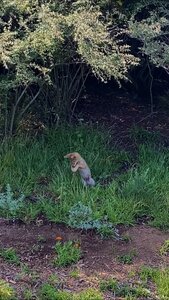 The Golden Gate. Photo by Blitzo. 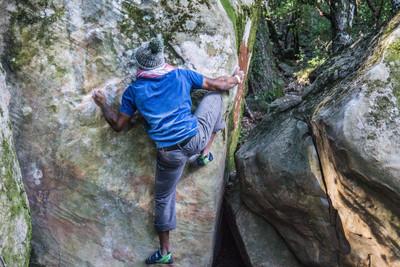 Darkside of the Moon Castle Rock SP Photo by… 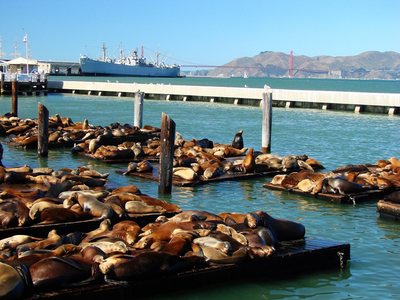 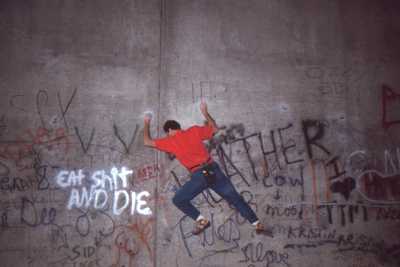 The Glue on traverse in a Cupertino train tunnel

GOLDEN STATE BOULDERING
Kimbrough Moore and Shannon…
Golden State Bouldering is a comprehensive guide to the greater Bay Area of California, with info…