Yosemite National Park is it: The iconic birthplace of American rock climbing and the most famous climbing area in the world.

The park, located in central California, is home to both Yosemite Valley (THE Valley), Tuolumne Meadows, and several other less-visited climbing venues such as Wawona and Hetch Hetchy. Climbers from all over the world have been visiting the Valley for decades (often staying in the little-changed walk-in campground of Camp 4) to test themselves against the great big wall climbs on El Capitan and Half Dome. In addition to scores of historic aid routes, Yosemite Valley also has everything from long free climbs to world-class bouldering. Don't expect a wilderness experience - the park is often overrun by tourists and climbers alike during the busy seasons.

In the summer, when the heat and humidity become stifling, Tuolumne offers a sub-alpine playground of beautiful domes known for run out slab and face climbs on famous Tuolumne knobs.

There are several campgrounds in the Park, the most famous of which is Camp 4. Don't expect privacy or quiet, but do expect tons of climbers and being located right in the center of the action. Camp 4 is a walk-in campground and lines will form each morning before the sun rises for openings. Most of the other sites (such as the Pines and the Tuolumne campground) are reservation campgrounds which fill up months in advance. Stays are limited from one month down to one week depending on the season.

Hipcamp has a great directory of the campgrounds, and for some of them you can even check availability and book them online.

From points west (San Francisco Bay area): Highway 120 and 140 lead into the park and Yosemite Valley. 120 continues east to Tuolumne Meadows and then drops down to the East Side of the Sierra via Tioga Pass.

From the south (Fresno): Highway 41 leads into the park past Wawona and into the Valley.

From the east (Bishop, Mammoth, Reno): During the summer months highway 120 can be followed west up over Tioga Pass and into Tuolumne Meadows and then down to the Valley.

Tioga Pass is frequently closed from mid-October to late-May.

Consider YARTS, the only public transit to Yosemite National Park. Its buses run seasonally from Merced, Mammoth Lakes, Sonora, and Fresno to Yosemite Valley and Tuolumne Meadows The fare is included in your park entrance fee.

To reach YARTS connecting cities, you can ride an Amtrak train (amtrak.com).

Amtrak connections can be made from the San Francisco Bay Area airports using BART (local train, bart.gov) to Richmond Station (or several others that connect to Amtrak trains). 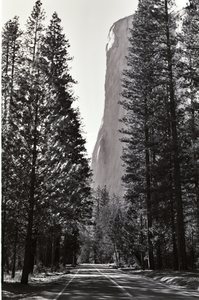 The Nose from the road 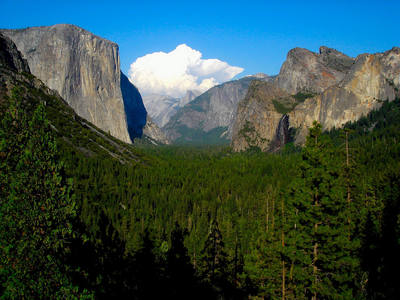 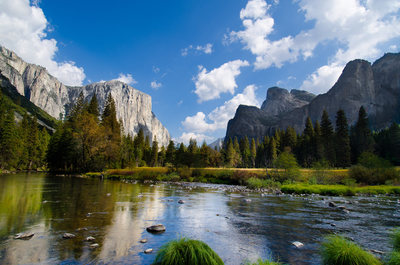 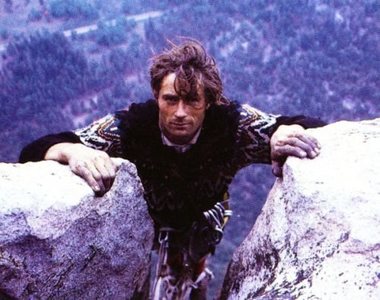 Layton Kor topping out on the Salathe Wall, Yos… 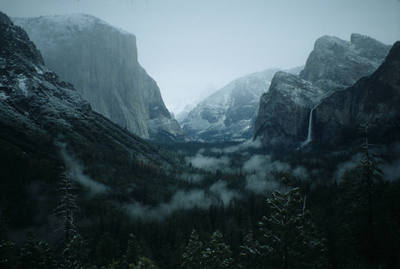 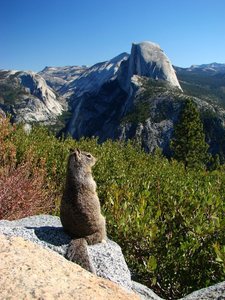 A squirrel with a view. We were laughing about… 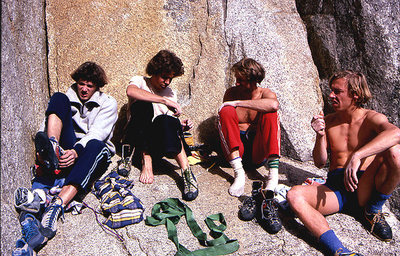 Climbing in the 80s. Left to right: Yabo, Pete… 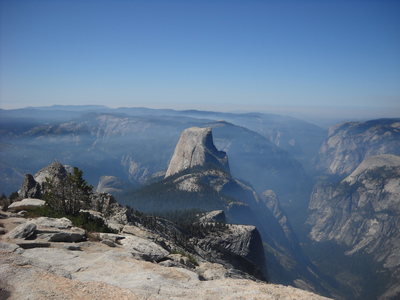 half dome from clouds rest 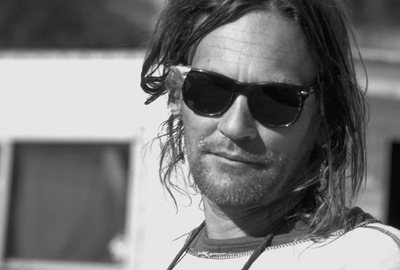 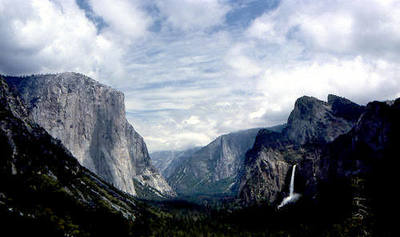 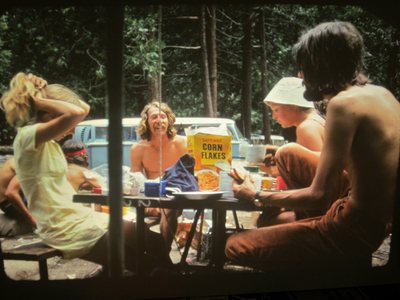 All Photos Within Yosemite National Park