Hike to Chasm Lake, walk about halfway around its north side (or just cross the lake when frozen), and ascend 400 feet of talus to the base of a very prominent gully on the south side of Mount Lady Washington. This gully leads to the saddle between the twin summits of the peak.

Climb the gully for 700-800 feet, and then scramble up 400 feet of talus to the top. Descend the east ridge of Lady Washington to the trail junction at the west end of Mills Moraine. It may be possible to return to the base of the route by descending a ramp which leads to the mouth of the gully. This ramp is quite evident as one approaches from Chasm Lake (it lies to the right of the route), and it appears as though it leads to open talus on the southeast shoulder of the mountain.

The route itself alternates between 40-50 degree snow chutes and tight, bottleneck constrictions in the gully. There are a total of five bottlenecks; the first, third and last are the most difficult (M2+, perhaps M3-). In the conditions we encountered, there were small ice flows at each of the constrictions, thick enough to accept short ice screws. The final exit out of the gully (the fifth bottleneck) provides a great finish to what we thought was a very worthwhile mountaineering route.

Bring a light rock rack with a few short and medium screws. One ice axe is sufficient. 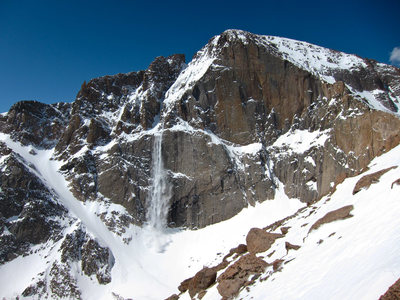 Some great views of The Diamond once you top ou… 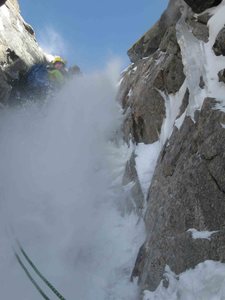 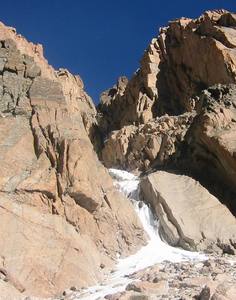 Base of the Martha climb on Mt. Lady Washington… 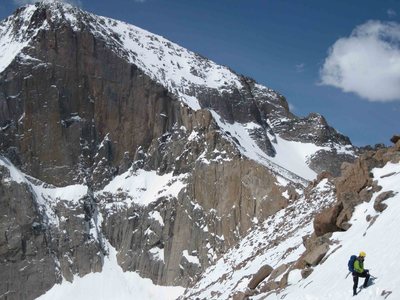 View of the Diamond from the top of Martha. 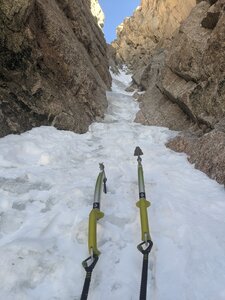 One of the lower choke points in great conditio… 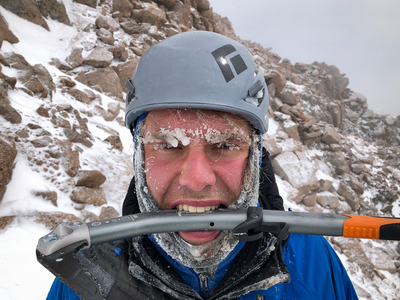 Pretty sure we were the only people in the Cirq… 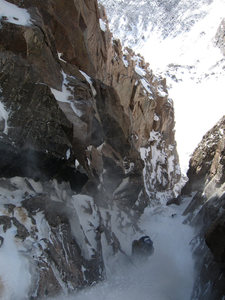 Looking down from the crux, Bill Duncan experie… 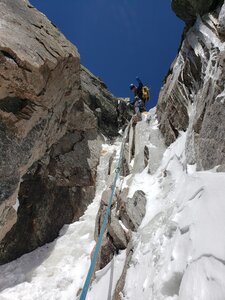 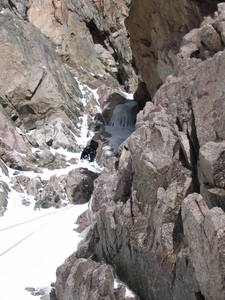 Enjoying the rambling WI2 in the Martha's Gully… 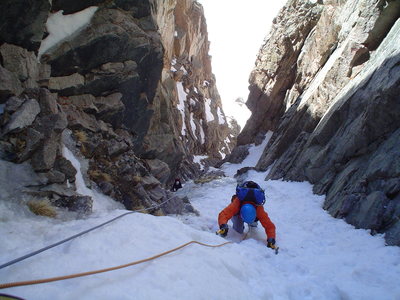 Brenta arriving near my belay atop P1. I stret… 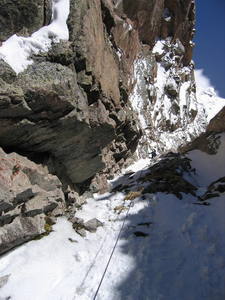 The "crux" mixed section on P2 in typical mid-w… 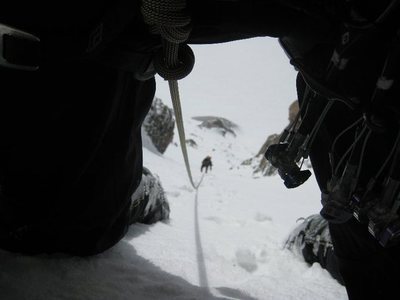 Coming up the lower section in deep snow.