Located in the Monongahela National Forest, Seneca Rocks is best known for multi-pitch trad climbs and stiff old-school ratings. The rock is formed from white Tuscarora quartzite, which feels much like sandstone. First recorded ascent was in 1939, where the climbing party discovered an inscription on the summit with a date of 1908. In the 1940s the 10th Mountain Division training trained at Seneca Rocks in preparation for deployment in WWII to Italy. Many of the iron pitons they trained with can still be found throughout the established climbs at Seneca Rocks. More history can be found on the Wikipedia article for Seneca.

This area of West Virginia generally tends to have milder temperatures, and climbing throughout spring, summer and fall should be comfortable. The faces of Seneca Rocks face east and west, so it's possible to either follow the sun or chase the shade throughout the day by choosing your routes carefully. The rock tends to dry quickly if it rains, if the road is dry that is a good indication that the rock will also be dry. Some areas of Seneca Rocks will stay dry during a light shower (South End in particular).

Many moderate routes exist on Seneca Rocks, and the wildly exposed summit pinnacle can be obtained by almost all routes (Old Ladies Route is easiest at 5.2). Wear your helmet since some of the rock can be loose, and ledges tend to collect debris that is knocked down as people climb. Expect rockfall on popular weekends and take care climbing beneath other parties. Special care needs to be taken after a significant rainfall, as this tends to loosen blocks and debris. Lounging under a drop zone like the South End or under rappel routes is not recommended.

All routes on the South Peak or Southern Pillar start by hiking up Roy Gap Road from the visitor's center, just south on 33 from the town of Seneca Rocks. You can park at the upper or lower lots (lower is closer), hike up Roy Gap road until you see an obvious creek crossing on the left with a carefully built rock wall and stairs on the other side of the creek. This trail leads to the South End and routes on the West Face of South Peak. Southern Pillar routes start a bit further up Roy Gap road on the right. The easiest way to access South Peak East Face routes is to climb something on the South End like Skyline Traverse.

Gear and the guidebook "Seneca: The Climber's Guide, 4th Edition" by Andy Weinmann & Kevin O'Brien can be found at the Gendarme Climbing Shop a great little gear shop located in town attached to the Seneca Rocks Climbing School. You can find the guidebook on Amazon, but check with the Gendarme to make sure they have a copy before you go and buy it from them. A standard rack works well at Seneca with nuts, a range of cams to 3" and a lot of long slings as some of the routes wander. A few climbs will require larger gear, but only if noted in the description. A good discussion on what makes a Seneca rack can be found here: rack simulator/ seneca stanard rack.

Guide services include the Seneca Rocks Climbing School, Seneca Rocks Mountain Guides, Climbing New Heights, and Blue Ridge Mountain Guides. These guide services often take climbers on their first climb or first multi-pitch route, and on weekends the easy routes and rappel stations will be crowded. Many parties share a rappel down, just ask and the guide service might let you ride their rope down to the base, especially if you can go first and set up a subsequent rappel.

Seneca Shadows Campground is a National Forest campground with showers that is conveniently located within walking distance to the town and climbing. From the walk-in camping sites (recommended for tent camping), head to the east end of the field near site 72, there is an old road/trail that will lead down behind the Gendarme. An alternate camping location is the Princess Snowbird campground, register at Yokum's.

Groceries and beer may be purchased at Harper's Country Store or Yokum's, both located in the town of Seneca Rocks. Sadly, The Front Porch restaurant above Harper's Country Store has closed.  Local food options in the area are the counter in the back of Yokum's and the Gateway Restaurant (~10 miles south on Rt. 28).  More options are available if you want to drive to Petersburg (about 30 min north)  or Davis (about 45 min NW).

There is no cell phone reception anywhere at Seneca Rocks. Plan accordingly. If you have AT&T, you can drive south on 33 a few miles to the Church of Immaculate Reception (Google Maps Link) where you'll be blessed with 4 bars of voice and data. After a hot day of climbing a great way to cool down is to swim in the South Fork of the Potomac river that runs beneath Seneca Rocks. Drive or walk to the picnic area just north of town, park in the northernmost section of the parking area and take the well-worn trail towards the river to the swimming hole. (Google Maps Link). You'll be able to see the swimming hole clearly from the south face or the summit of Seneca Rocks. On rest days, Elkins, WV is the closest town to Seneca Rocks with a movie theater, restaurants, hotels and big-box stores.

Seneca Rocks is located at the intersection of Route 33 and 55, east of Elkins, WV.

Camping can be had at either the Seneca Shadows campground (1 mile east of Senca Rocks on RT 33), or Yokum's Princess Snowbird campground in the town of Seneca Rocks. 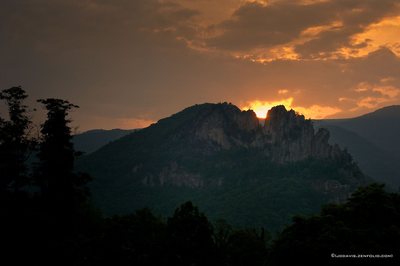 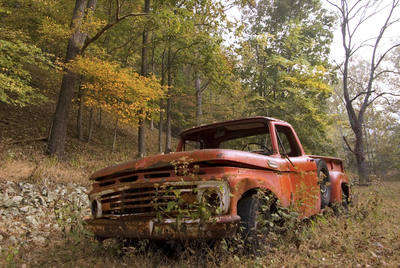 Used car dealership on the east side of Seneca. 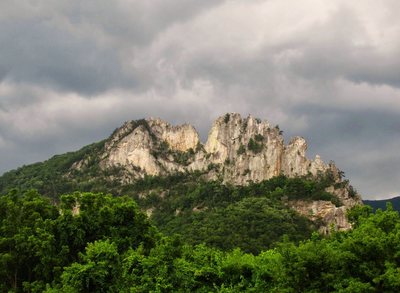 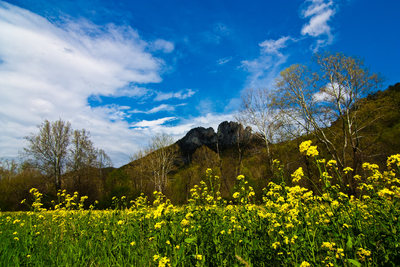 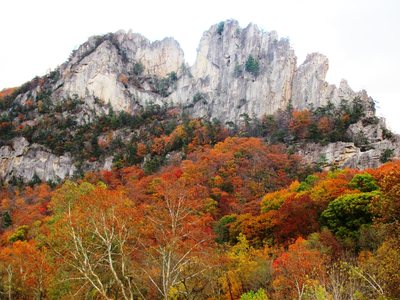 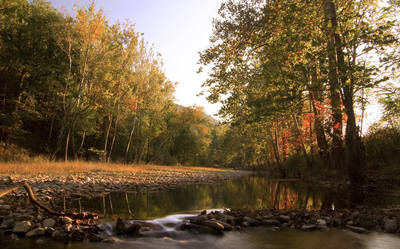 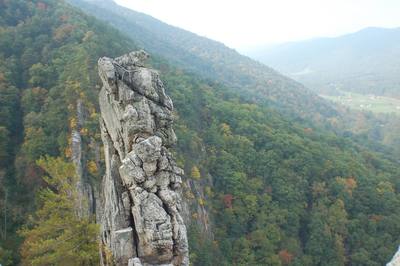 Oh, over there... Gotta love Seneca 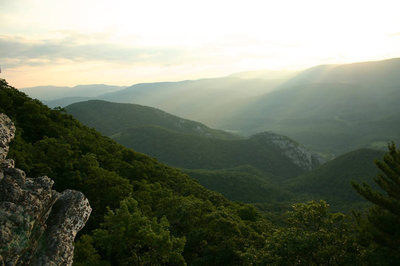 View from behind (east of) Seneca Rocks on Nort… 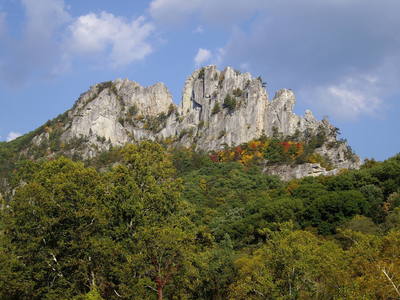 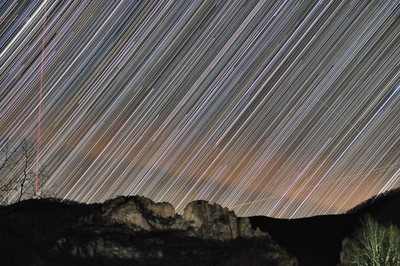 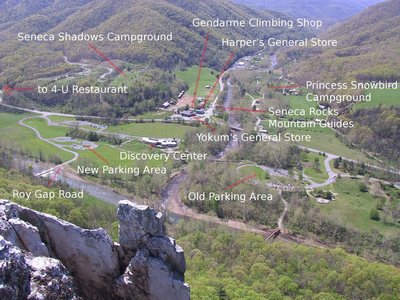 The town of Seneca Rocks

All Photos Within Seneca Rocks