Note that the annual closures of the Park View Dome, The Ranch Hand, Black Creek Wall, and Sawmill Crag have been permanently lifted. These cliffs will continue to be monitored, but will only close if a new nest is spotted. 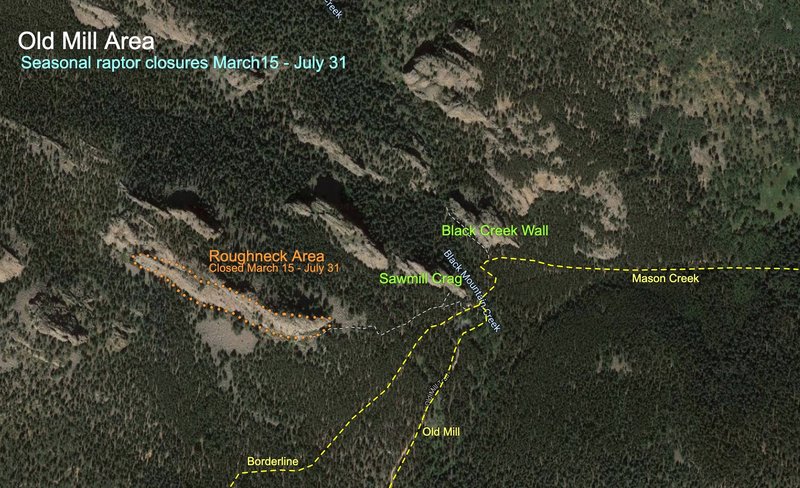 Seasonal Falcon closures in effect from March 15 - July 31. - Lion's Head (not pictured). - Roughneck Area. There are no closures at Staunton Rocks.

Sitting in the foothills S.W. of Denver, Staunton State Park provides those looking for a little bit of adventure with great climbing opportunities on interesting, featured rock. The majority of the lines at Staunton are either purely sport or mixed lines, however there are is also a good collection of more adventurous trad routes rounding out the mix.

The traditional and mixed lines are different than many traditional areas along the Front Range, with incipient cracks and interesting features making up the majority of the protection opportunities. A keen eye is important when venturing up many of the lines, with the lack of obvious pro often times adding to the excitement of the lines here.

From Denver, travel south on US Hwy. 285 to Shaffer's Crossing and exit onto Elk Creek Rd.. Head north on Elk Creek Rd. until you come to the park entrance on the right.  As of 2022, there are a two main choices for parking:

1) The original Meadow Lot near the park entrance is best for accessing crags on the east side of the park (Dines, Raven, etc).

2) The new Lazy V lot located near the intersection of the Old Mill trail and Staunton Ranch trail provides the best access for crags on the west side of the park (Staunton Rocks, Sawmill, etc.).  The Lazy V lot has limited spaces so show up early or plan to hike/bike in from the Meadow Lot.

Please refer to the park map for directions to these lots: https://cpw.state.co.us/placestogo/parks/Staunton/Documents/StauntonTrailsMap.pdf

Per Mich: beware of speed traps: Morrison drops the speed limit to 45 on US Hwy 285 then lines up squad cars to issue tickets.

Due to Staunton being a State Park, there are fixed hardware restrictions in place.

Route developers wishing to install fixed hardware will be required to submit an application to a fixed hardware review committee made up of local volunteers.

Please respect this process. New routes are going to be a welcome addition at Staunton, but skirting this requirement will only erode the positive relationship that has been established between the climbing community and park management.

In November 2011, volunteers were brought in to assess the climbing potential at the park and assist with developing climbing management plans. In June 2011, park management asked for help assembling a group of route developers to establish lines in the area known as Staunton Rocks. These volunteers worked to establish fun and interesting climbing routes on six formations in the Staunton Rocks area. Even with many routes already established across this area, great opportunities exist for exploration and establishment of new lines at Staunton Rocks and throughout the park.

The most up to date comprehensive guide is available through Rakkup.  This guide includes all of the previous info from the old Fixed Pin guide as well as the newer routes.   To download the guide, you first need to download the free Rakkup app on to your phone/tablet.  Then you can either purchase the Staunton guide in the in the app, or purchase it on Rakkup's website:
https://rakkup.com/guidebooks/staunton-state-park-rock-climbing

The old Fixed Pin Publishing  online guidebook is still available through their website for $2, but it's quite outdated.

Per Staunton Park Ranger: In short, our goal is to protect the park from the people and the people from the park. In order to do this, we have set daily hours unlike other parks, and when people do not make it out of the park on time, we have to determine whether we are dealing with a possible emergency. Daily hours are posted on the main entry gate and on the pass booth; the park is closed to the public at all other times.

Leaving after closing time will get you a $50/person fine here...and a misdemeanor for your record.

There are falcon nesting closures in the park. These are set from February 1 to August 1 for specific crags. See the access issues above.

Seasonal Falcon closures in effect from March 15 - July 31. - Lion's Head (not pictured). - Roughneck Area. There are no closures at Staunton Rocks. 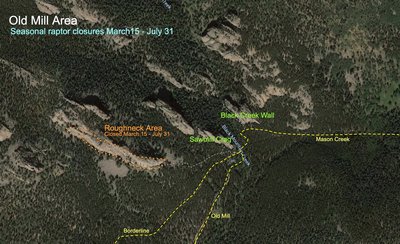 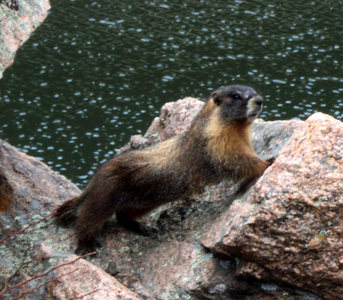 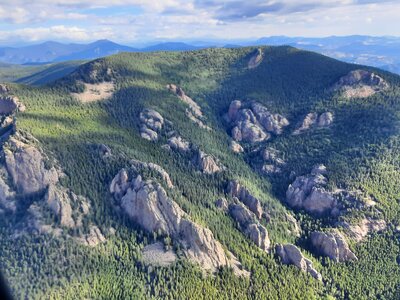 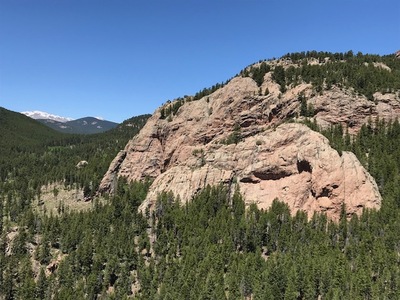 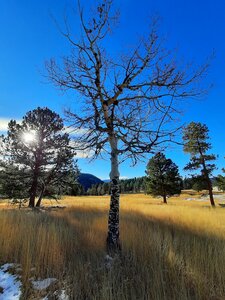 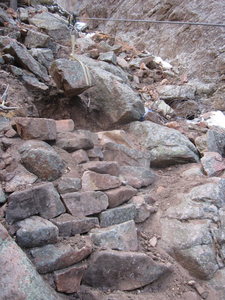 One of the trickier sections of trail leading u… 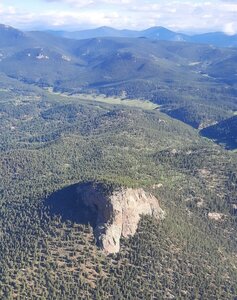 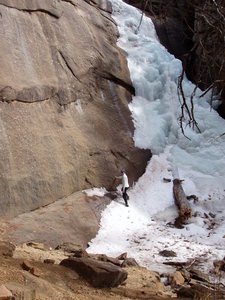 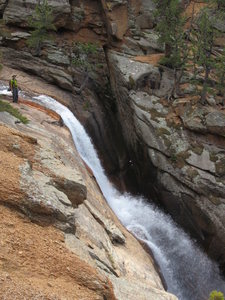 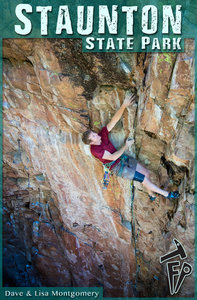 The most up to date comprehensive guide is avai… 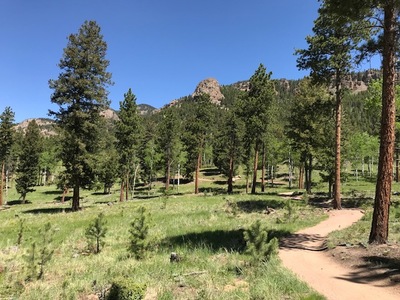 All Photos Within Staunton State Park

Staunton State Park Rock Climbing - Rakkup Guide
Dave and Lisa Montgomery, P…
This electronic guide is the most up to date guide to Staunton. You'll find everything from 3 pit…