Routes in The Millstone

Among many other things, Earthling also happens to be an electronica/rave album from the late 90's by the artist David Bowie. Unlike the album, this climb is actually good.

Whether this has anything to do with the route's name or not, i can see some similarities. Like Bowie's album, Earthling will start you out feeling in the groove. Move your hips left and right over confident ground though a small roof. Continue from here to a clean, blank face. Climbing into alien terrain seems to be the crux and like Bowie's album its going to only gets worse, before it gets any better. Remix your feet a few times to gain a good side pull and edge. Pull the bulge and get back into the swing of things by shifting right through some less demanding and more rhythmic rock. Finish up and right at a two bolt anchor.

Earthling is slightly uphill from the base of The Millstone. It sits just left of Miller Time and is the last route before having to hop the large boulders at the pine tree. 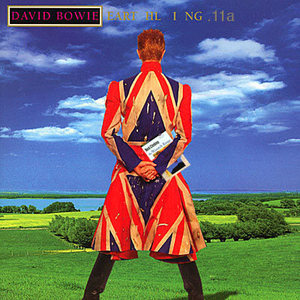