Some of the peaks in this area are restricted (not all). See the Inyo National Forest's Mount Whitney Zone regulations webpage fs.usda.gov/detail/inyo/pas… for current information. Access is usually limited from May to October of every year from the highest elevations of most of the Lone Pine Creek watershed.

The Mount Whitney Massif hosts the highest point above sea level in the lower 48 states. This trophy status just adds to its mystique and popularity . Especially on weekends during the gentle months of summer, crowds of people ascend its hut-capped summit plateau, and even more fall along the trailside or are turned back, unprepared or simply unlucky.

To protect this busy season circus from becoming a stop and go human traffic jam, the Inyo National Forest's solution has been to create the Mount Whitney Zone. Access to this area during the peak season is controlled by strict limits on single day visitors, and even fewer overnight backpackers. Advance reservations are in much higher demand than are available, so now a lottery decides who will attempt Whitney and its near neighbors (though a small number are available for walk in visitors at the ranger station in Lone Pine).

Single day visits are free and unrestricted from Whitney Portal to Lower Boy Scout Lake, Lone Pine Lake, and via Meysan Lake to Mounts Irvine and Mallory. All crags described on the Whitney Portal page are also free to use.

Day use or overnight permits are required elsewhere in the Zone. Everything in the Lone Pine Creek drainage at slightly higher elevation than the above mentioned free sites has its access controlled.

Backpackers from further trail heads have fewer restrictions on visiting and leaving from the interior sides of Whitney, Russell and their neighbors.

Recon: The Whitney Massif is a featured article from the 2014 American Alpine Journal with drool-inducing photos and topos.

From highway 395 in Lone Pine, take Whitney Portal Road west straight to its end at its namesake. 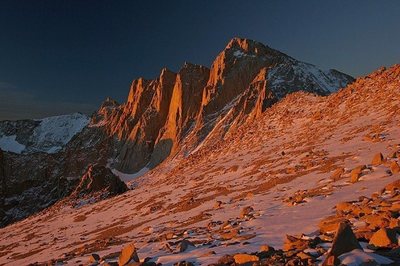 Mt. Whitney from the Russell-Carillon saddle -… 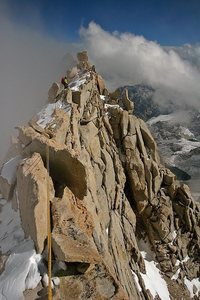 Steve Larson on East Ridge of Russell. Does thi… 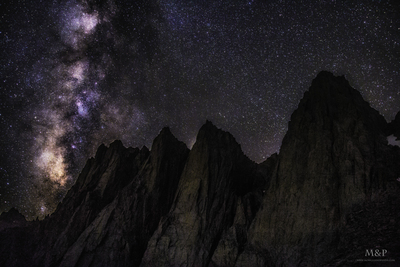 Milky way rising over Mt. Whitney and the Needl… 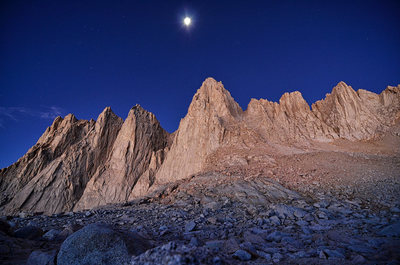 Early rays of light on Whitney 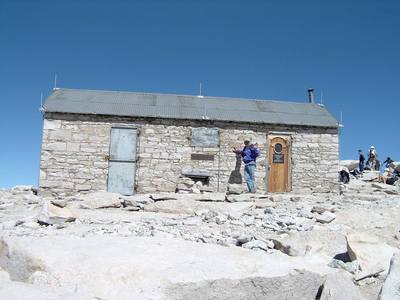 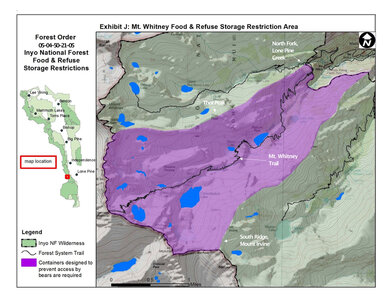 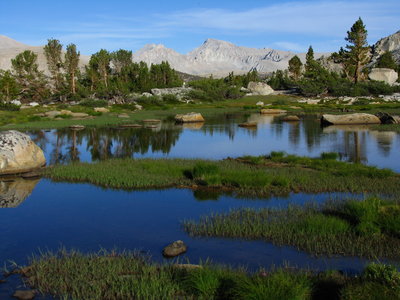 Whitney (R) and Russell (L) as viewed from the… 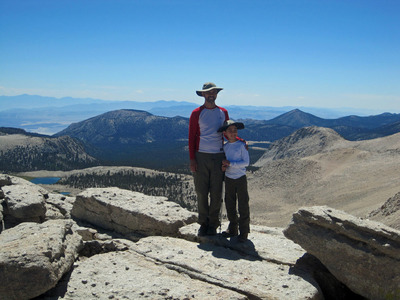 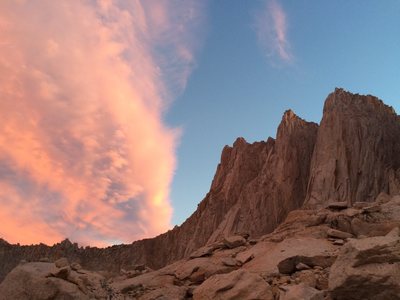 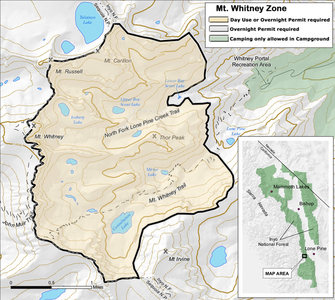 All Photos Within 14 - Whitney & Surrounding Peaks