I met Ted Davies in Yosemite in 1975. He had just climbed the Salathe Wall on El Cap. His report was very positive about the quality of this line. If he and his buds thought it was similar to the Steck-Salalthe, we can believe it. Ted Davies Pat Derouin, and Ian Rowe were among the top alpine climbers in British Colombia during the early seventies.

Everyone sees it while ascending the Bugaboo-Snowpatch Col, but no one does it. Will anyone out there ever admit to taking this beauty all the way to the true summit? Besides the first ascent, I wonder how many successful ascents have even made to the lower North Summit? Bugaboo Rock, 1990, admits to uncertainty about the upper pitches,

The first ascent party was very happy to discover small cracks on the inner walls of the chimney. 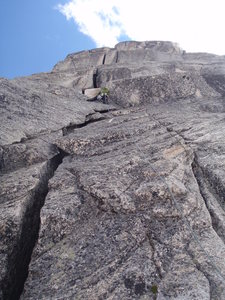 chimneys through the roofs 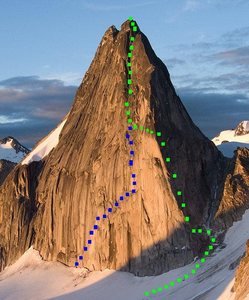 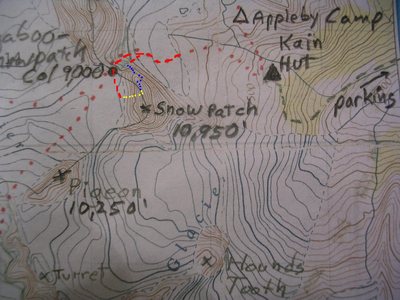