South Dakota may not be the first place that comes to mind for world class climbing, but few places are blessed with the amount of varied and classic climbing present in the Black Hills. With a strong history formed around many of the great pioneers of climbing.

In the 1930s On his way to free climb Devils Tower Fritz Wiessner stopped by and did several notable ascents in the area. Check out Oltons shoulder at Mount Rushmore the formation gets its name from the 1936 Original Route in which Fritz stood on Percy Olton's shoulders as a point of aid to gain the starting crack. Another story is on what was thought to be the first ascent of inner outlet. Fritz was climbing and noticed a ladder made from logs on the way up. Disgusted he knocked it off thinking he was bagging the first ascent.

Herb and Jan Conn some of america's first dirt bag climbers were passing through to Devils Tower and the Tetons. They were impressed with the natural beauty of the Hills. They liked the easy access and many unclimbed summits. They ended up settling in the Hills and mapping and recording the Black Hills climbing.Through the 1940s-1950s they established 219 first ascents in very bold style. This included a 60ft rope, tennis shoes, pitons,carabiners and bowline on a bight for a (harness). The Conn Diagonal is worth checking out as well as East Gruesome both should be on the top climbs list of the midwest. Remember the Conns always down climbed everything and never rappelled. It was good practice for the times when you get in over your head and needed to downclimb.

The Needles in the southern hills is host to runout face climbing on impressively skinny spires, the largest of which can be 3-4 pitches long. Mt Rushmore is home to hundreds of well protected sport routes, and perhaps has the best concentration of memorable, high quality 5.6-5.9 sport routes on earth. Old Baldy near Mt Rushmore is the premier bouldering area in the hills - spectacular enough to inspire Kurt Smith's film: Friction Addiction: Black Hills Gold.

Moving north, the granite fades away to limestone canyons and the odd chunks of sandstone. Outside of Rapid City offers a few obscure bouldering and rope climbing crags.

FALLING ROCK Small limestone crag near Rapid City provides a nice pump on vertical edgy limestone. The rock is a little chossy when compared to other limestone crags in the Hills but a couple of fun routes exist here. Some are even mixed routes.Expect majority to be Top Rope with a handful or sport / mixed routes. Gorgeous views of Rapid Creek and the surrounding hills and even a couple of bouldering problems. Please pack out all trash! Lots of teens tend to party here be the better person and don't litter!

THE ROCK MAZE along Nemo Road has juggy steep sandstone bouldering, and few crowds. The rock maze gets its name from the labyrinth made from the sandstone corridors.You could spend a day just in the maze itself bouldering. This is the premier ( most traveled and developed) sandstone area in the Hills. With a good 200 established boulder problems ranging from V0-V9

VICTORIA CANYON (THE VC) just minutes outside Rapid City on Sheridan Lake Road; which hosts impressive limestone sport climbing and is a contender with Rifle, Colorado climbing. Steep shelf like climbing on beautiful blue limestone that at times can mimic Spain. A true hardman crag with only a handful of 5.10s. It has been called the "5.12 mans crag" hosting numerous 5.12s and the hardest established line a Chuck Fryberger line called, Thin Red Line 5.13c. You can camp right above the canyon as well it is in National Forest Land.No water or open fires prohibited. Make sure to have a positive impact and pack in EVERYTHING. Stay on trails and don't trample vegetation in the canyon. Leave No Trace Ethics.

SPEARFISH CANYON The crown jewel of the northern hills is the Canyon, which has a huge concentration of high quality sport routes in the 5.6 - 5.14 range in a lovely picturesque canyon. Some of the best climbs tend to be in the 5.7-5.14b range on some of the midwest's highest quality be on steep limestone. In the winter, Spearfish Canyon has a number of good ice climbing routes as well.

And lastly, just over the state line in Wyoming is the iconic, monolith, Devil's Tower.

CAMPING IN THE SOUTHERN HILLS

MOUNT RUSHMORE
There is camping at Mount Rushmore. This can be found at the Wrinkled Rock climbers camp. There are 4 platforms for tents and it is also open to primitive camping as well. NO OOPEN FIRES PERMITTED! Please clean up after yourselves and show the monument that we can keep a clean camp ground. There is no water provided at this campground. Bathroom facilities are done by a single out house bathroom.
fs.usda.gov/recarea/blackhi…;actid=34

GEAR SHOP:
Granite Sports in Hill City and Roamin Around in Rapid City are the main gear shops in the Hills. They offer an assortment of clothing options, Climbing gear, Guidebooks, Shoes, Ropes, etc! The staff is super friendly and are always willing to answer questions. Check their websites out here:
http://www.granitesports.biz/
roamnaround.com/

Spearfish City Campground
404 South Canyon Street
57783
(605)-642-1340
Beautiful shaded campground nestled on the banks of Spearfish Creek and on the outskirts of town. Spearfish Creek is one of the best trout fishing creeks in the Black Hills. This campground has amenities such as, restrooms, free showers, soda machines, ice machines, fire wood, internet access and a sewer dump. It has 61 full sites, 56 hook up sites and 150 non hook up camp sites. The campground is open year round starting in May-Sept. Full amenities will be available. In the "off" season the campground is open for a minimal fee and no amenities. cityofspearfish.com/departm…

DIRECTIONS:
I-90, Exit 12, West eight blocks to the Canyon Street stoplight (second light), turn left and go nine blocks south on Canyon Street past the Spearfish City Park and across the bridge. 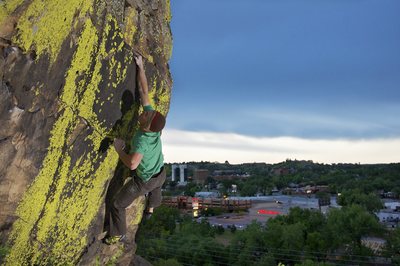 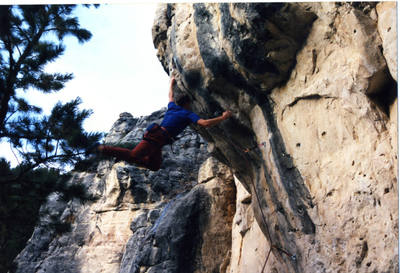 Nate Renner sticking the throw on Powers That B… 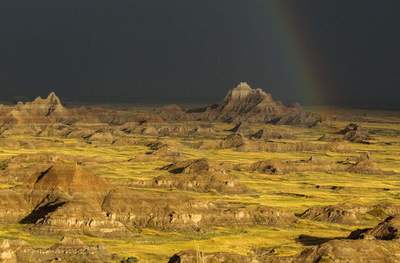 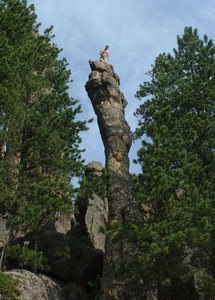 Cathedral Spires from the north. 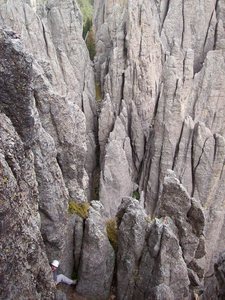 Behind spire Five. Is there any room left for… 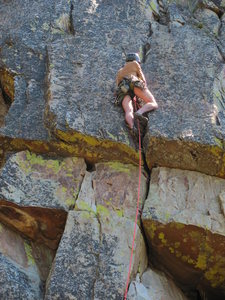 Sweet hands and fingers over a couple of roofs… 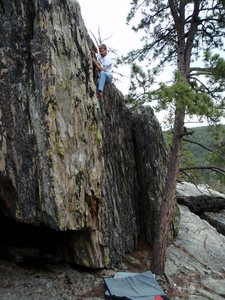 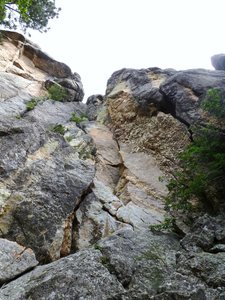 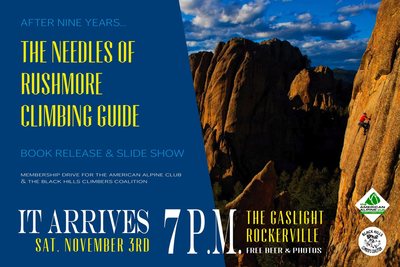 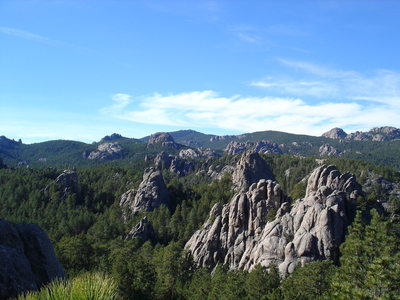 The Harney Range from Breezy Point including We… 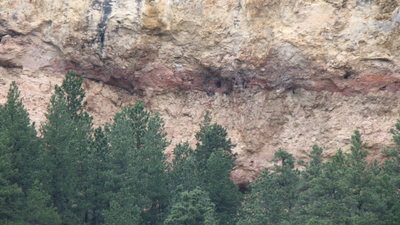 All Photos Within South Dakota