Tom Hanson placed The Sub at the left end of the Wendell Spire area, in 1997. Subsequent to publishing his guide, close to a dozen new routes were established to the left, so the limit to this site is a little vague. From the top of the boulder pile at the left side of the area, you can see a neat little formation that looks like the Beatles Yellow Submarine.

Climbing on The Sub begins on the sub's left tail fin, a crack. Swim up through some interesting and intricate climbing with a couple of long reaches. Traverse left on great moves to catch a rest just before stepping back right for the crux. The goal of the crux is a large cobble on the right which is followed by several, still difficult, moves for a net worth of 5.12c in the finish. Tod Anderson snatched the FFA of this powerful line. Even with his gear in place, I found myself stretching for the crux cobble with nothing but six inches of air to latch on to. This may be a reach problem, or maybe I just haven't sucked the lock-off deep enough. However, after returning from six weeks of climbing in Spain, I jumped on The Sub again thinking it finally would fall. I still couldn't reach the cobble statically. More of a hard turn or a short dyno might work, but in TA's ascent it went with a smooth static reach.

Anyway you cut it, The Sub is one of the best routes in the sector and well worth solving.

Eight draws and a rope. 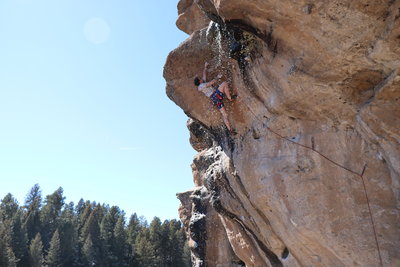 Traversing under the waterfall after a spring r… 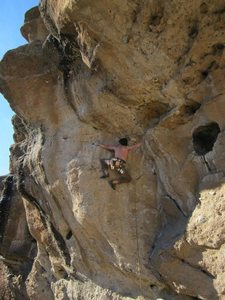 Long reach but you have good feet. I feel that… 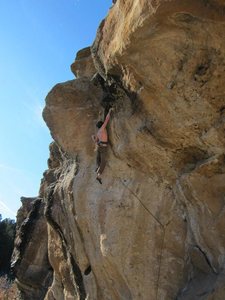 Hitting the jug. Used the plethora of bolts to… 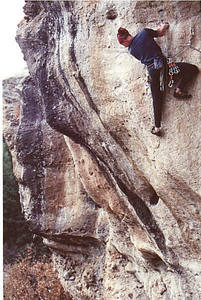 Pat getting ready to rock. 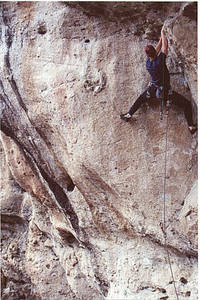 Pat into the traverse. 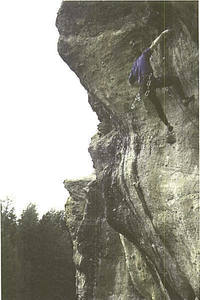 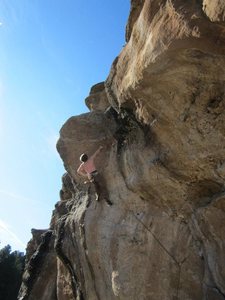 Shouldery cross over move to get here. Then usi… 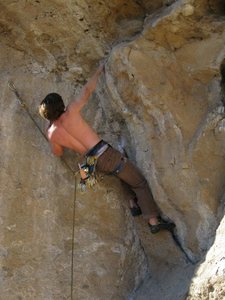 Right hand on a good smaller jug hold. About to… 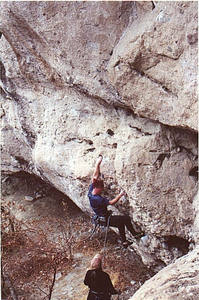 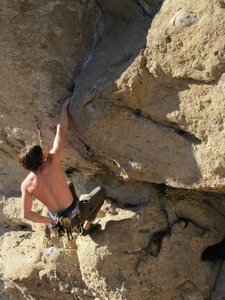 Getting in to the inital crack layback thingy. 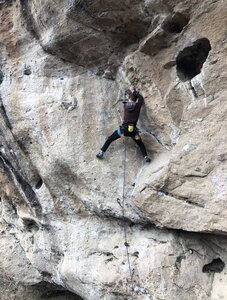 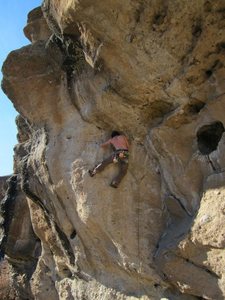 Interesting movement. I need to get the clips d…

More About The Sub