There are two routes that complete the sector of Wendell Spire just before the boulders on the left. Cheesedick Soiree is the right of these two.

Begin with a hard move right off the deck, or use some funky bypass traverse (cheater's option). A good option is to stick clip the first draw and take the move right off the deck. A line of cobbles and pockets leads to a final crux at 5.12 only 5 feet from the anchor. Crimpy, squarish, and polished this last key hold can be a stopper if you don't chill first because it comes following a complex and fingery section.

This is one of the best routes in this sector.

Quickdraws and a rope. 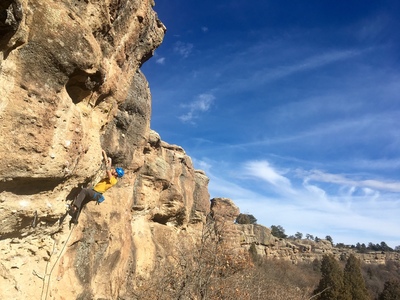 Justin enjoying the Cobb Salad at the Cheesedic… 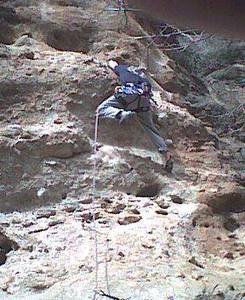 My first 12a redpoint! 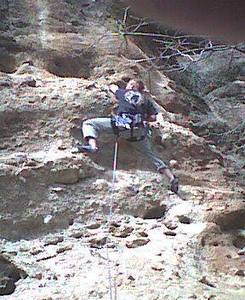