Denver South refers to climbing south of the big smoke with the town of Castle Rock at its center. Castle Rock is a town of about 40,000 people, and it's approximately halfway between Denver and Colorado Springs. For many people Castle Rock is an Outlet shopping center, but for climbers and boulderer's, it is the town closes to Castlewood Canyon and Castlewood Ranch boulders.

At 6128 feet, Castle Rock area can be cold in winter and warm during the summer. However, it is rare day when it is too cold to climb Castlewood Canyon as many of the rocks and boulders are in small gorges and forge sun traps, so as long as it is south-facing, it can be toasty on the coolest of winter days.

These 164 boulders are in Castlewood State Park not under a bridge in the center of Castle Rock!

The epicenter of Denver South is Castle Rock which straddles I-25 approximately halfway between Denver and Colorado Springs on I-25. If you miss it, you're off to a bad start!

Rock and Resole was originally primarily a rock and ice boot resoler. As of 2017, they have become an "outfitter" carrying shoes, tools, aid gear, bouldering gear, cams, and ropes.

Neptune Mountaineering (Table Mesa Shopping Center). It is the oldest climbing shop in Boulder and has a great selection of gear and a knowledgeable staff. Thursday night slide shows are often with world-famous climbers. Check out their climbing museum: photos and climbing memorabilia from all over the world, including Edmund Hillary's boots, and a photo of Gaston Rebuffat running it out with just a hemp rope tied around his waist! 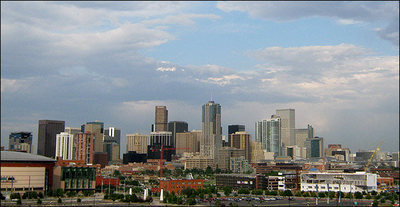 All Photos Within Denver South