Sort Routes Wrong Map Location?
Suggest Change:
Description How ya get there Flag Discriminatory Name Other Suggestion
Add To Page

Deep in the inner platte lies Sheeprock. A sleeping giant. At around 500 feet high, and more than a dozen multipitch routes, this wall offers somewhat of a unique adventure experience. I would be surprised to find a rock climber who was NOT inspired by the ominous and imposing north face. Guidebooks have always been vague about the old routes here, and certainly no mention of the new ones.

In 2002 the biggest forest fire in all of Colorado history swept hard through this area. Flames crept up as far as 200 feet up the flanks of Sheeprock. While a terrible tragedy, leaving an ugly and dead hillside, I have found the beauty in the natural regrowth of the ecosystems in its aftermath. I was never fortunate to experience the area before the burn. In just almost 5 years, it is pretty awesome to see nature running its course. Sure the trees are gone and the hillside is grossly eroded, but this adds to the experience and reminds us of nature's power. It also makes you feel like you are way the hell up there. Ironically, the fire actually cleaned up much of the lower faces, burning away moss, lichen, and exfoliating some of its weaker skin.

The north face is often referred to as the Land that Time Forgot. The routes, along with their names, suggest almost a mystical feel. The friction on this granite is unmatched. You may find yourself sticking to stuff you wouldnt normally think you could. Therefore it turns out that most are fully bolted face and slab routes, largely established in ground-up-on-lead style. While many of them top out on the saddle, a few adventure to the summit. Some very old and very obscure aid routes exist as well as some newer trad climbs. The saddle is simply an awesome place and picnic paradise. From here, you can top out on the summit via one of the routes on Velcro Wall, the low angled slabs on the south face.

If you want a warm-up to the weekend, or dont have much time, check out the Smoking Section. This was a definite hot spot of the fire, hence the name. Almost a dozen short one pitch outings are here, as well as a few hard slab and crack testpieces.

In the spring and fall months, the northern exposure can chill you to the bone. Along with gale force winds at times, prepare accordingly. However, in the heat of summer, at high noon shade is a luxury and almost non-existent. The routes are longer than you might think so bring some water. Speaking of water when it rains here, it pours! The summit is no place you want to be in a lightning storm, either.

Gear: Bring a shit-ton of draws as the pitches are typically long and mostly well protected. Bring a second rope for rappels. Even though there are only a few established trad routes, they alone are worth the weight of the rack.

Descent: You can rap almost every route except for the traversing ones, however the recommended cleanest rappel off the saddle is down Jacob's Ladder (3 X double rope raps). The quickest way off the Summit is to rap Cloak of the Wolf.

How ya get there

Cross Goose Creek, head for the rolling hills. You will connect with a horse trail, (from here, its about 5 minutes to the Smoking Section) that makes a rising traverse to east (see approach photo). Once you are almost to the ridge, cut straight up the hill until you encounter a big expanse of slabs (see photo). From here, you can keep following the ridge to the base* of T19 and the Cloak, or traverse the hillside back to the west to the two-tiered base* of Knossos. *If you are really adventurous, there is room to bivy at either of these bases (see LTTF topo photo for location of these bases).

DO NOT try to cut straight up the hill. Even though the above trail descriptions seems arduous, the hillside below Sheeprock is heavily eroded, and large boulders can and do come down if you disturb them. Also, I have seen dead burned tree trunks knocked down in the wind. there is bad juju on this slope.

Mountain Project's determination of the classic, most popular, highest rated climbing routes in this area.
More Classic Climbs in Sheeprock » 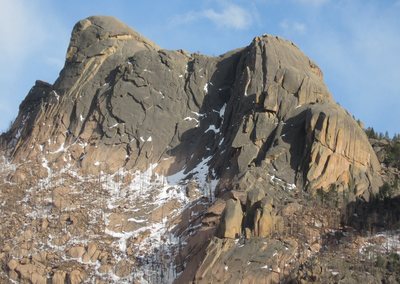 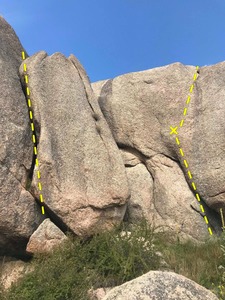 Old, undocumented routes on hillside above the… 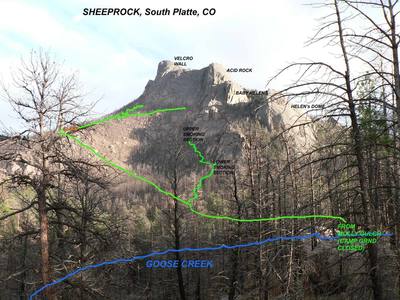 Approach trails to Sheeprock and the Smoking Se… 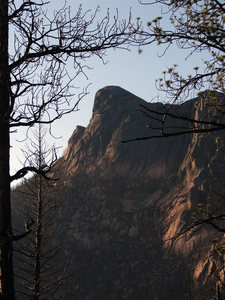 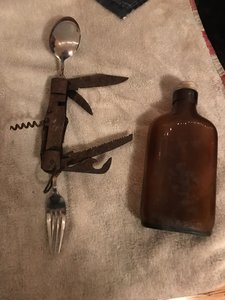 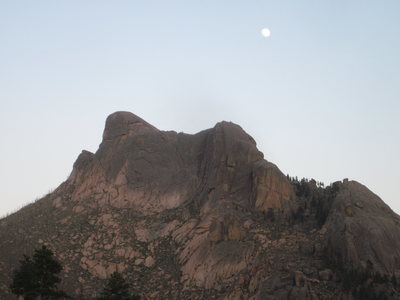 South Platte rock has this vibe/feel to it, lik… 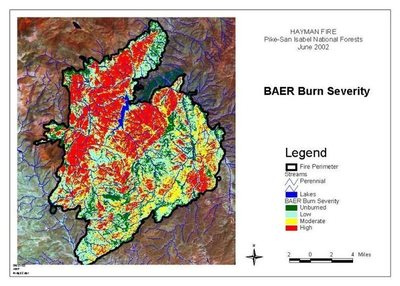 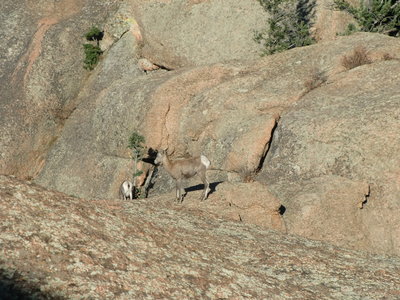 Sheep on top of Sheeprock, October 2019. 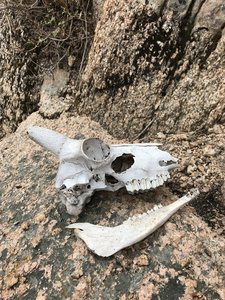 One of said sheep, near the base of Oklahoma Pr… 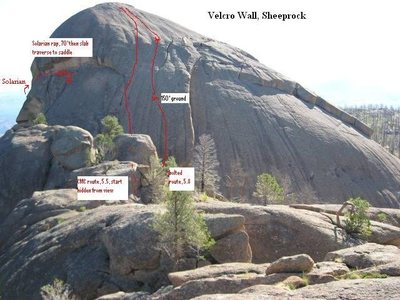 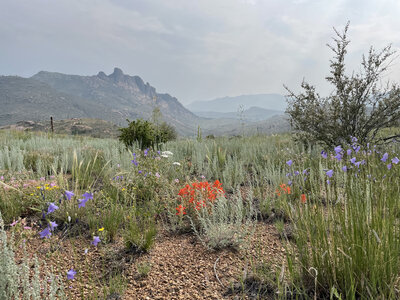 The view of Sheeprock from just above Inferno S… 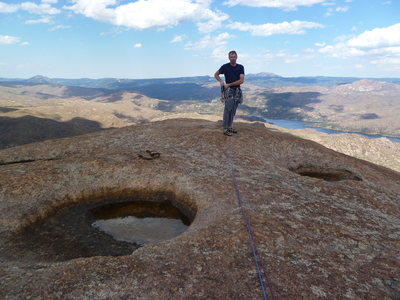