Roughly midway between Seattle and Leavenworth lies the fine-grained granite of Index.

The climbing happens on a collection of walls and crags rising out of the forested hillside around the small town of Index. Various granite boulders also lie clustered here and there in the forest and along the Skykomish river. 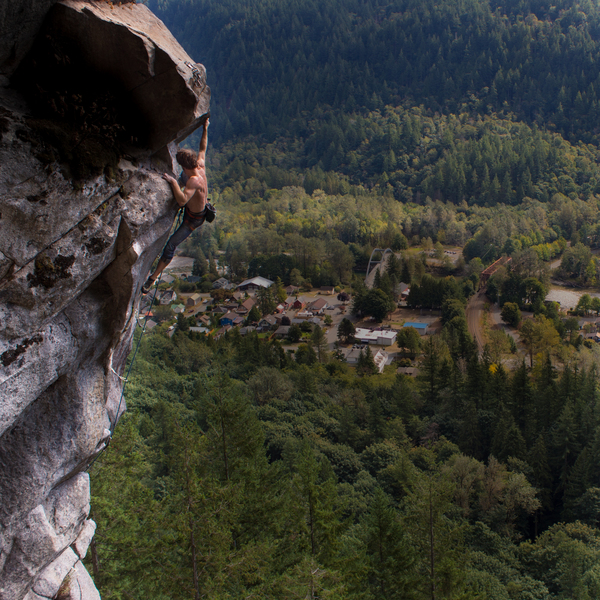 The granite provides a wide variety of routes, many of them within 15-min of parking. Other than its craggy mountain and river scenery, Index is also known for the heavy sounds of the trains that pass through as well as the small town setting with its old mining and quarrying history.

Originally, a place mainly for crack aid-climbing, Index now has more free lines than aid. Through the 80s, most of the free lines were trad, but sport climbing accelerated in the 90s, and now Index has nearly as much sport as trad. In addition to cracks, there are lots of face climbs and a few friction slabs.

The routes range from shorter single-pitch routes to long 500'-high walls. Index is known for its hard climbing, but still has many climbs of 5.9 and lower. And a lot of the harder climbs have more moderate first pitches (see below for a partial list). 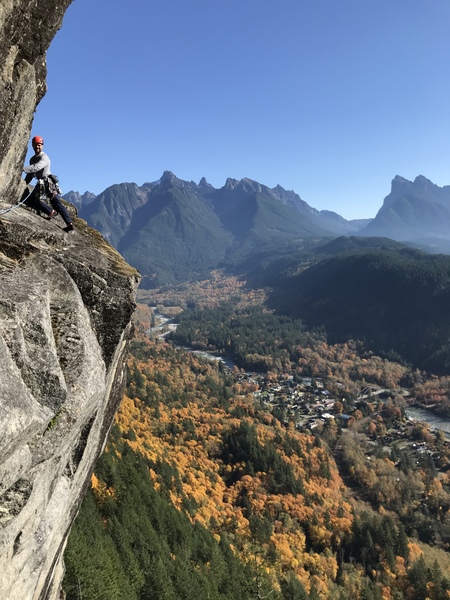 Weatherwise, summer conditions can be nearly ideal, with cool shady spots for midday climbing, though some walls will bake in the midday. Winters are generally wet, the area being much wetter on average than regions east of the Cascades as well as the lowland regions to the west. But, as most cliffs are largely south-facing and the elevation relatively low, winter can have some very nice, though somewhat short, climbing days. A good day in winter may just be the best possible Index experience.

As the rock angle tends to be slightly less than vertical, and many cliffs top-off onto a sloping hillside, most routes get wet in a rain, with many continuing to seep for a few days after a heavy period of rain. However, a few steep routes stay dry in the rain. Most of these are on or near the Cheeks at the Upper Town Wall.

Index town, just below the cliffs on the Skykomish River, is a picturesque place to relax, hanging out near the river, park, or general store. When open, check out the displays in the historical society, just across from the general store. 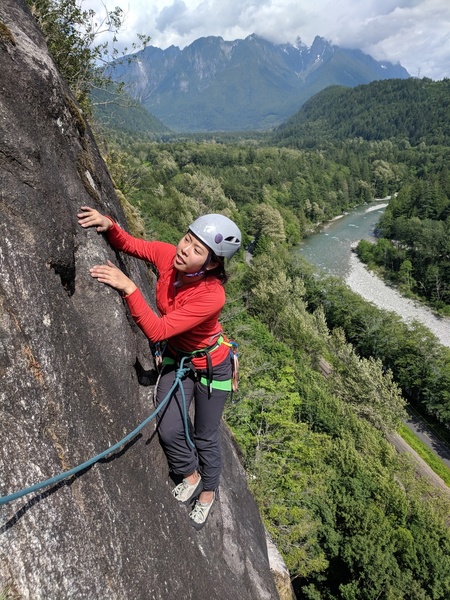 From the west, drive east on Highway 2. Several miles past Goldbar, soon after crossing the bridge over the Skykomish, turn left onto Index-Galena Road. 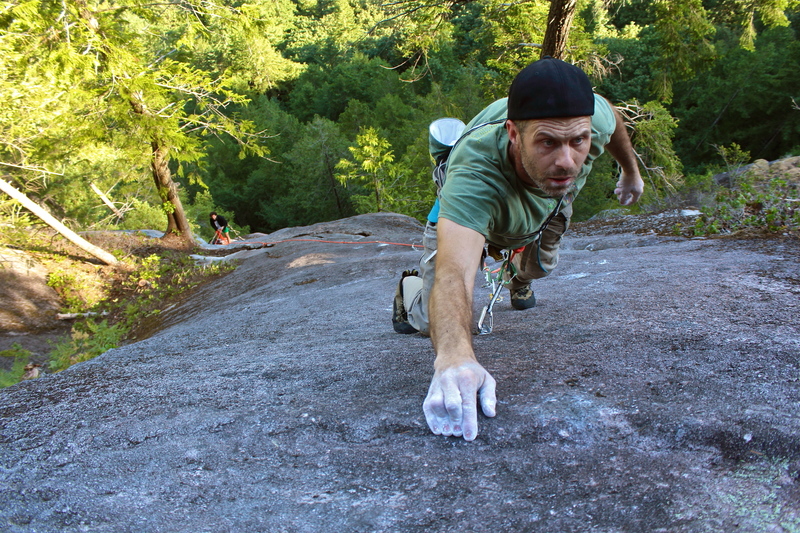 From the east, drive over Steven's Pass, about 13 miles past Skykomish. Turn right on Index-Galena Road.

After about a mile and a sharp S-curve that goes under the railroad, turn left on the arch-style bridge over the North Fork of the Skykomish. Go straight past the general store and town park to the T intersection at the second stop sign. For the Lookout Point and Diamond Area you'll want to park somewhere around here. More details of parking below.

For the other walls, go left past the Bush House, over the tracks straight through town, taking a sharp left toward the river, then a right where the road hits a T-intersection and stop sign. Continue along the shaded road, which parallels the river. About a hundred yards or so past the camping spot is the Lower Town Wall parking lot on the right. In another hundred yards or so is a pull-off on the left for the Lower Lump.

For some of the bouldering, you may need to drive further west after going by the Lower Town Wall, or continue driving further east along the Index Galena Road.

For the Lower Town Wall, Inner Walls, Side Walls, Mid Walls, and Upper Town Wall, park in the large lot south of town, just below the LTW. You might also be able to find a place to park at the camping location, which is a few hundred yards closer to town. 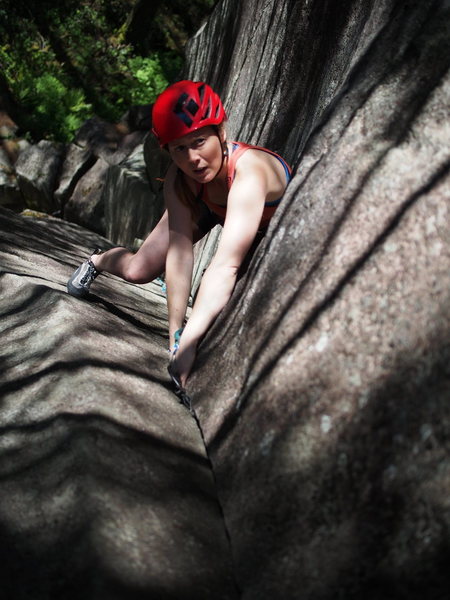 Closing in on the anchors on Plum Pudding (5.9).

For the Diamond and Lookout Point areas, you can often find parking in town. But please be very respectful of the residents! Drive slowly. Obey stop signs and parking signs. Do not block private or public facilities. Do not be loud, especially at early or late hours. The residents have already voiced concerns about excessive parking and traffic.

If the available spots in town are filled, try the lot at the Heybrook-Ridge trailhead, just over the bridge and off the Index-Galena Rd. Parking here adds only about 1-2 minutes of walking as compared to parking near the school.

Free camping exists just 100 yards or so towards town from the Lower Wall parking area. One can camp near the river or near their car. This area has become known as the Wagonwheel. 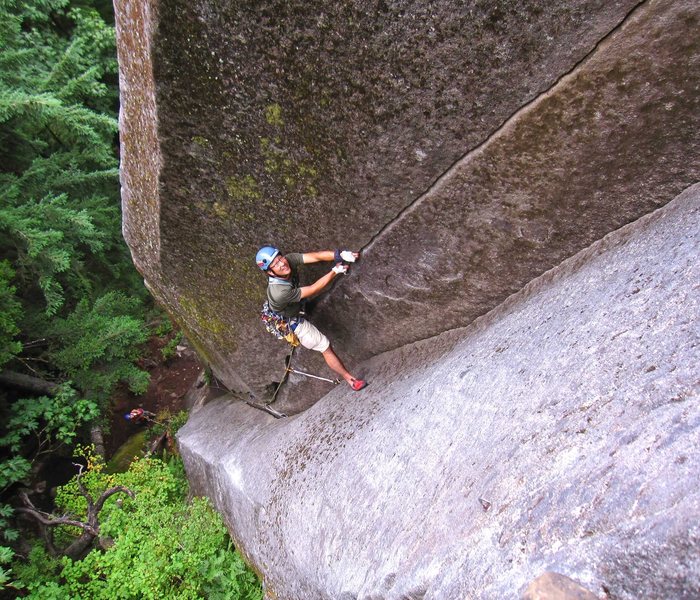 Jeff Matsushita leading Senior Citizens in Space (5.8).
Index has a reputation for hard routes. But it also has plenty of moderates routes under 5.10. Even better: it has potential for many more -- just find a possible line and start cleaning off your own> (If new to cleaning-developing, you might ask an experienced person for suggestions.) If you use the "Best climbs for YOU in this area" tool below (blue box called "You & This Area"), you can find over 60 full-length moderate routes. More exist in published guidebooks.

But in addition, quite a few of the harder multi-pitch routes have fun moderate first pitches. Some of these include 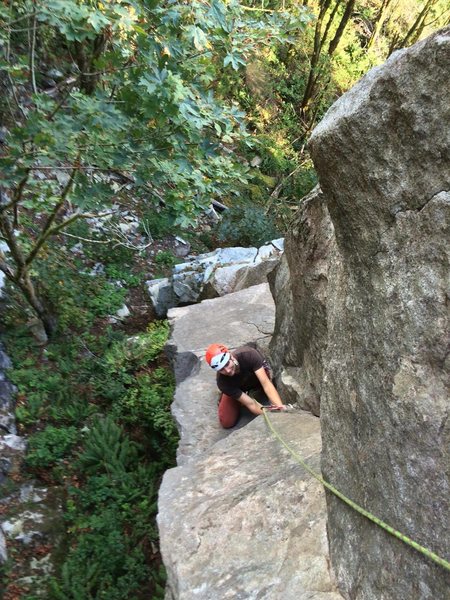 If you'd like to set up some topropes without having to lead an adjacent route, 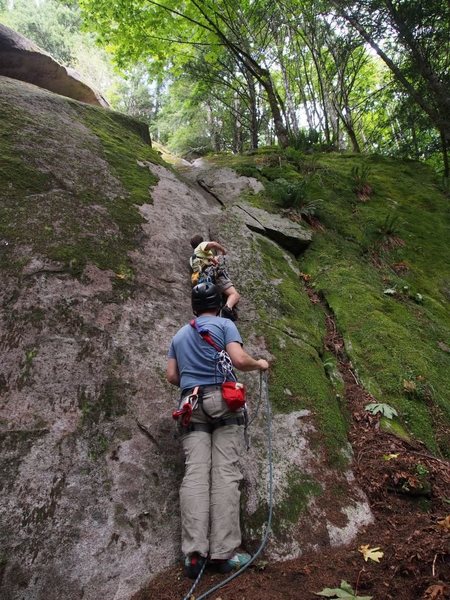 Grandeur Buttress at the Inner Walls, The Wart at the Lower Lump, and Garden Rock at the Side Walls also have a few possibilities. To find all labeled topropes, use the tool at left, and instead of "Show all route types", select "Toprope". You'll probably find other unlabeled topropes as well.

Due to the very moist and moderate weather conditions for much of the year, routes that have not been sufficiently cleaned or rarely get climbed tend to re-foliate over a period of 1-2 years. Thus, some routes get recleaned every year or two with a dirt-scraping tool and brush. If you see a route in need of recleaning, please take the initiative and reclean it. If you decide to clean an entirely new line, consider that the extra effort to make it completely foliage-free may pay off in the long run. An excellent article about the methods used and general ideas behind cleaning areas like Index is here:

However, as the crags here are often visited by hikers as well as often viewed by folks in town, please take a few extra steps to keep the area looking natural:

- Do not leave cleaning tools in easily spotted areas.

- If you must leave a fixed line, use a dull-colored rope and return to the project as soon as possible to finish and remove the line before setting up any other lines.

- Clean up at the base of the route, again, to keep the area appearing as natural as possible.

- If you need to trundle large blocks that may be heard from town, other than taking all possible precautions about posting warnings and yelling "rock", aim to do the work at night.

Mountain Project's determination of the classic, most popular, highest rated climbing routes in this area.
More Classic Climbs in Index » 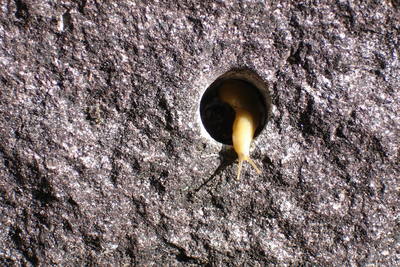 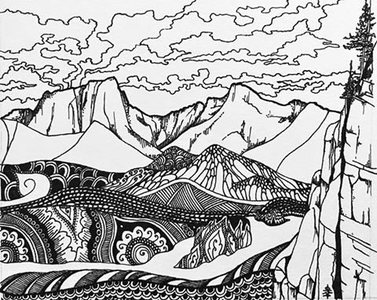 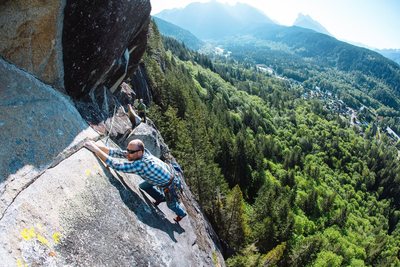 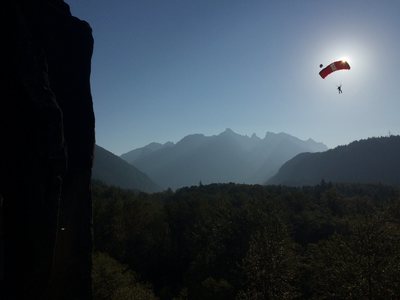 Base Jumper over Index Taken by S. Gellespie 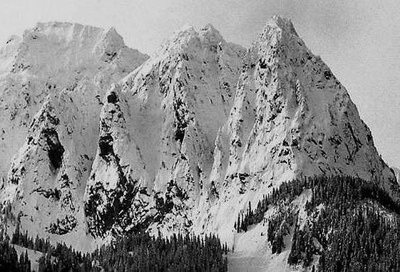 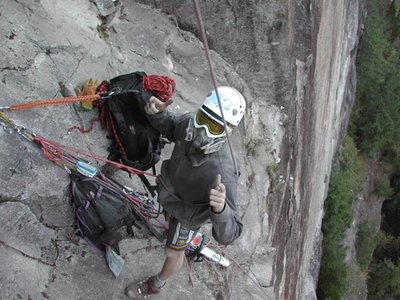 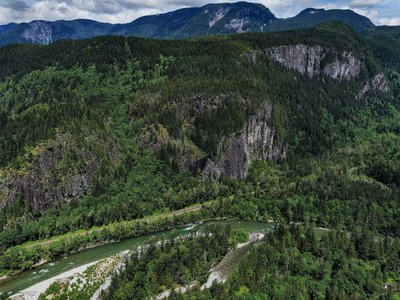 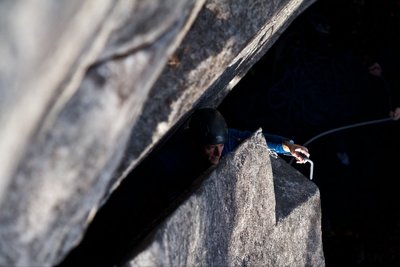 jeff ranish on one of his brilliant new routes… 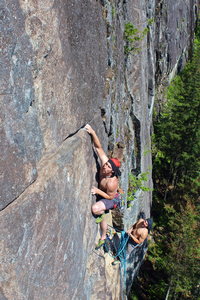 Pulling the steep roof on P3 of The Brett Thomp… 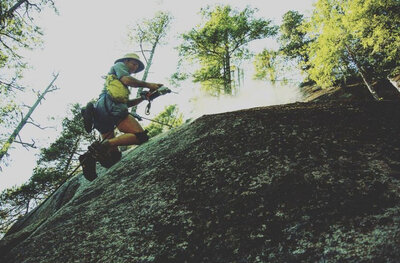 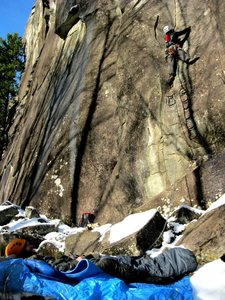 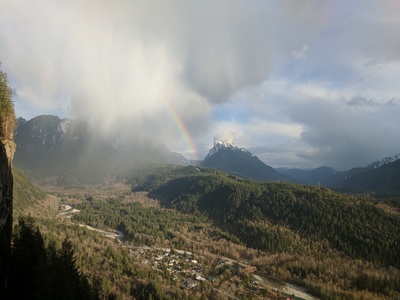 a warm march day on the UTW

All Photos Within Index