The set of cracks on the face to the right of Toxic Shock heading straight up from the ledge. Fun moves, fairly consistent difficulty, and distinct reachy cruxes (at least for short people like myself) make this a great climb. Approach the area as for Toxic Shock and climb either of the starts for Toxic Shock to reach the ledge.

Standard trad rack, but with emphasis on smaller gear. You probably want a #2 and #3 camalot for the standard approach (as for toxic shock). For the actual climb, I use 2 green aliens, 1 blue TCU, 1 yellow alien, 1 grey alien, and 1 purple camalot. You want to have stuff in this range, maybe a couple extra of some sizes just in case.

This nice crack line was first discovered and cleaned by Steve Strong. He was planning to do it after finishing up Toxic Shock, but was scooped by Lepeska and Cilley. The route name seems to suggest that they were somehow "getting back" at him for something, but no such prior event had ever been suggested. The "even" may just refer to the two parallel cracks.
At any rate, we should thank Steve for doing the main work to establish this line. 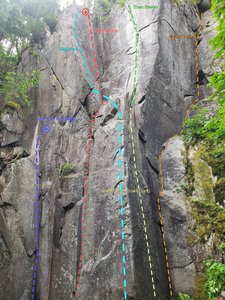 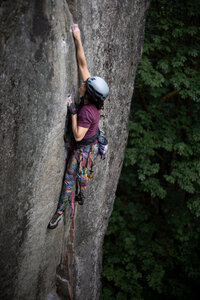 Pulling into the second crux! Photo courtesy of… 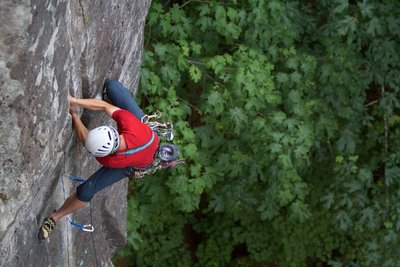 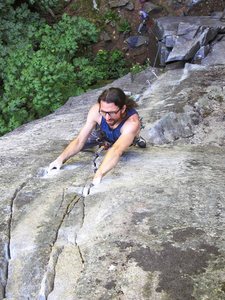 Nicola Masciandaro leading Even Steven (11b). 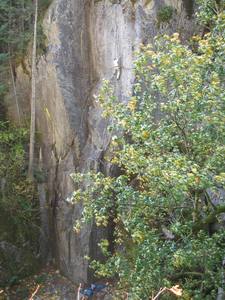 Ryan Triplett in the thick of it 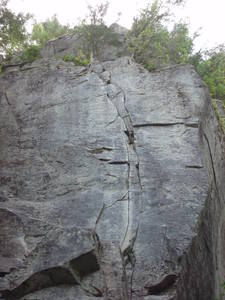 The thin cracks of Even Steven from the ground.… 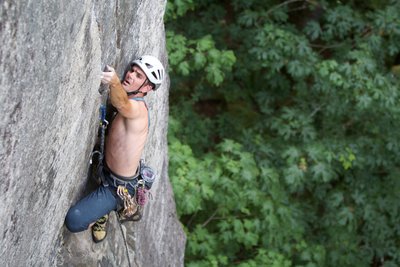 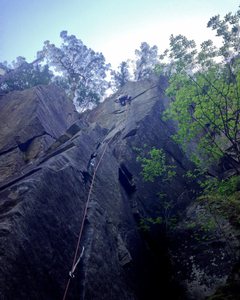 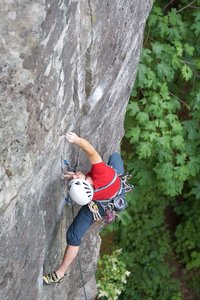 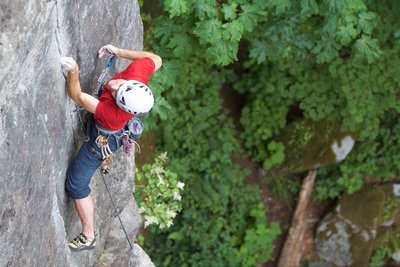 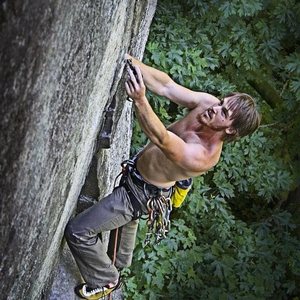 Sending Even Steven 11b

More About Even Steven