SPECIAL NOTICE: due to nesting condors the Machete Ridge area may be closed, from Dos Equis / Corona on west face then west around the south side to The Hideout including the popular Old Original. Check the NPS and Friends of Pinnacles websites for further information.

Pinnacles National Park is a Bay Area Climber's nightmare or savior, depending one's interest. Its close proximity to the South Bay and moderate weather during the Winter months make it very popular with the Bay Area climbing community, but at the same time the area is known for its "less than granite quality" rock. Some despise its chossy character, others revel in its history of adventure and "ground up" ethic.

As a former haunt of some of Yosemite's children of the Golden Age of climbing, the names of Roper, Steck, Sacherer, Bridwell, Bates, and Salathe are associated with this area. It has bolt-protected face climbs due to the lack of good cracks, as well as more traditional climbs.

It is important that climbers take note of and respect the seasonal closures due to raptor nesting which run from the day after MLK day in mid-January to early summer.  Please check the official Pinnacles National Park website, The Friends of Pinnacles website and the MudnCrud forums for the most up to date information on where you can climb during this closure period.  If in doubt, climb elsewhere.

A Note on Climbing at Pinnacles from Admin Bruce Hildenbrand: Mountain Project classifies routes as "sport" and "trad." It is important to note that what this really refers to is the distance between fixed protection, as well as, the type of protection you need to bring rather than the abundance of protection. So, a "sport" route may only require quick draws, but that doesn't mean that there are bolts every 3-4 feet. It is critical that climbers using these pages read the entire submission for a route and pay particular attention to the number of bolts per pitch and the length of that pitch.

An Intro to the Pinnacles

Tap tap tap, tap tap tap, I can always tell when an experienced Pinnacles climber is in the area. The fact is you can usually hear them long before you see them. Tapping the holds with our knuckles is just one of the unique techniques we have learned to rely on over the years of scrambling across this unique rock. For me, the farther I am from my last protection the more I'm tapping and if I'm really wigging out you'll see me start kicking at the foot holds too. What I'm doing is listening for a nice sharp report from the knob or cobble in question. Something that will let me know how well it's attached to the cliff and how much I want to rely on it. A dull or hollow sound above a fall you're not interested in taking and you should be looking for alternatives. If there are no viable alternatives, its time to decide how bad you want the route and if you decide to push on you'll, at the least, have a better understanding what your getting into. Keep in mind, though, that if you seriously tried to avoid all the loose rock at the Pinns, you're route selection would be seriously limited if not non-existent. Climbing the Pinnacles rock is an art, it's something that takes an acquired taste to really appreciate, but once mastered it's an art that will give you new confidence when visiting other more sound climbing areas.

Another good habit to adopt when negotiating the minefields that are the Pinnacles rock is to try to avoid stepping on the knobs. This is because, when a weighted knob pops, under your foot you'll be at the end of your rope or bouncing off a ledge before you know it. Consequently, a seasoned Pinn-head will, given the opportunity, consciously avoid using the knobs for footholds and instead seek features in the matrix to find a purchase for the foot. The matrix being like a gritty mortar that holds the cobbles in place tends to crumble rather than pop as the knobs do and this can, in some cases, give you the extra second needed to make a decision and hopefully an escape. Eventually you'll find yourself spreading your weight out on the rock, moving like a cat, taking full advantage of stances, exploring and carefully planning your sequences, appreciating a sound bolt more than ever before, clipping anchors with a relief that overwhelms and if you can learn love this careful style of climbing, you've become a true Pinn-head.

Because of the unique rock here, soloing and bouldering at the Pinns, though not unheard of, is considered foolhardy, if not suicidal. Ironically, most of the moderate routes here have serious run outs on them which, coupled with our not so lovable rock makes even the easiest route a serious endeavor. You must always be conscious of your potential falls, this is not a place to haphazardly romp around 20' out from the last bolt. Since the knobs pop on all routes equally, you are more likely to get hurt on something easy like the Portent, 5.6 with it's 20' to 30' run outs than something a little harder like Cantaloupe of Death, 5.10c which has mere 6' to 8' run outs. In most cases the easier routes were put up 30, 40 or even 50 years ago in a bygone time when climbing was a more dangerous animal, commitment was at a premium and protection was sub standard by modern ideals. Consequently if you are not already familiar with the rock here, I don't consider the Pinnacles a great place to teach yourself leading. Over the last decade the bolts on most of the more popular routes have been brought up to modern standards, but the run outs, long and true, are and always will remain.

Depending on whether one is going to the more popular East District or the West District will dictate how to get there.

For the East District, go South on 101 to Hwy 25 to Hollister. Go South out of Hollister for several miles until you reach the turn off for Pinnacles National Park. Go past the campground and entrance station (fee) and continue to where you can go left over the bridge instead of to the Chalone Picnic area. Park at the end of the road, unless the small lot is full. On occasion if you arrive late you may need to take the shuttle in from the lower parking lot. 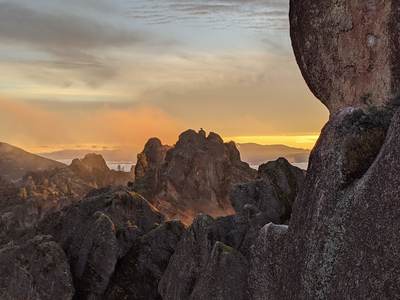 Sunset from H&L Dome. Notice the condor with ou… 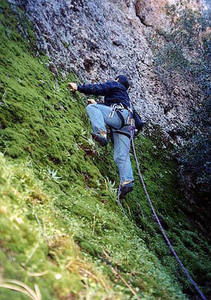 What? Photo by Blitzo. 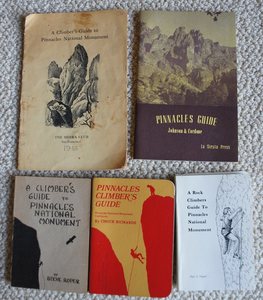 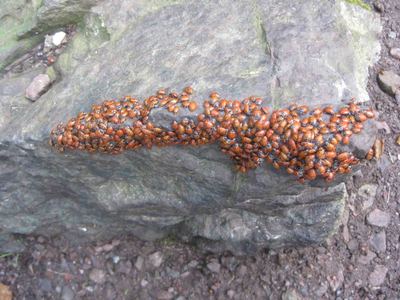 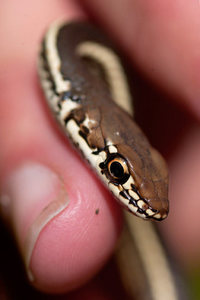 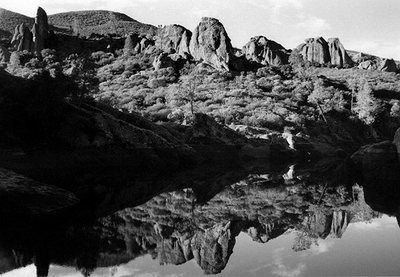 The Reservoir. Photo by Blitzo. 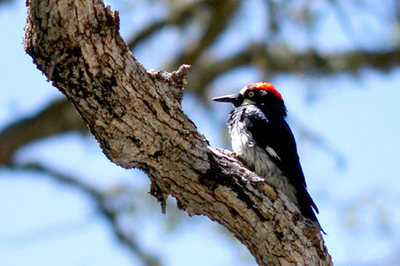 One of the Monument's most vocal residents, the… 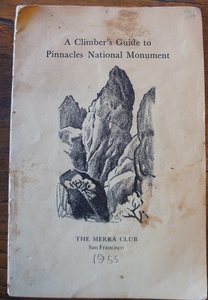 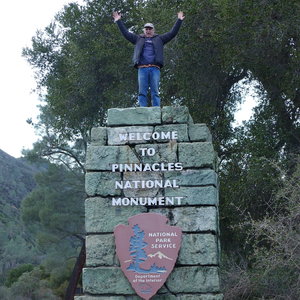 Mike A. at The Pinnacle. 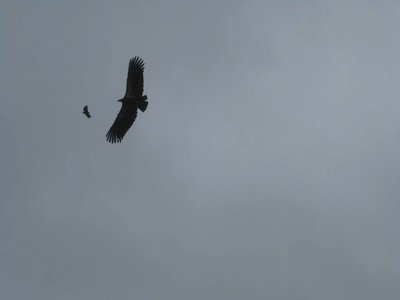 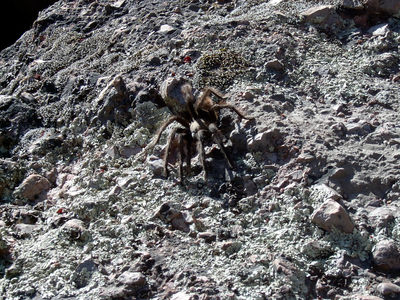 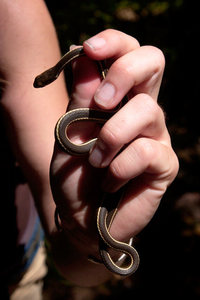 All Photos Within Pinnacles National Park