Routes in The Wasteland

This venerable classic is many people's first 13a at Rifle, and has been a mega-classic since it went up in 1991.

This route is just right of Never Believe and climbs directly up the center of the blue-grey panel of water-sculpted rock in the middle of the Wasteland. It can be recognized by a high first bolt (generally stick clipped) and a series of perfect two and three finger pockets at the opening sequence. Constant traffic on this route has turned the footholds black -- almost to the point that you feel like you're smearing on marble. Nevertheless, the climbing on this line is great -- sustained, powerful and aesthetic.

Phillip Benningfield returned later to add "The Beast with Two Backs," which continues past the original anchors under the roof (RIP anchors—there's just a single bolt there now) via long moves to good holds in the ceiling. Bring four or five more draws for this, and finish on slabby white stone up on the headwall above the cave.

Six quickdraws plus two for the anchor.

Per J T: the anchor/midway anchor is now gone. 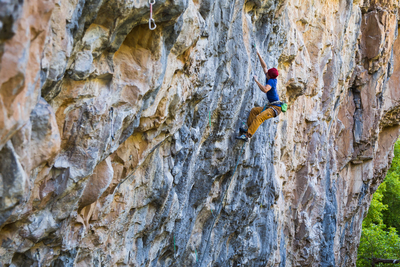 Olivier Manou on "The Beast". 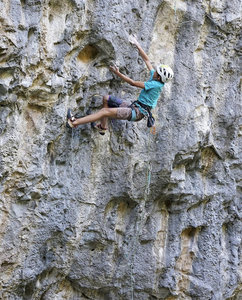 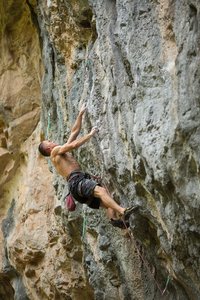 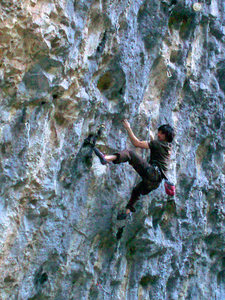 Minko on The Beast. 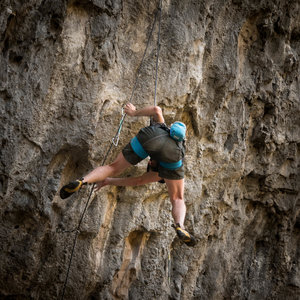 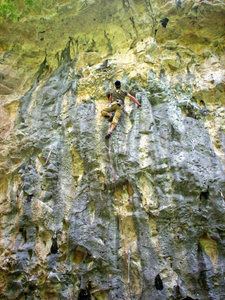 Jerad at the top part of The Beast 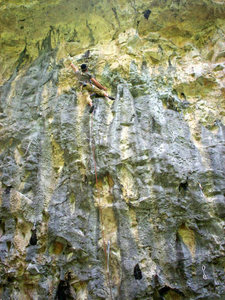 Jerad at the top part of The Beast.

More About The Beast