This is the coolest looking ice climb in Colorado (in my opinion). It is a 120' free hanging icicle right of the Rigid Designator and used to form only once every 5 years or so until someone started hanging a rope down it. Now it forms more consistently, but it usually doesn't touch down until much later than the Designator, and even then can form poorly and fall down a few times before thickening.

I have seen this climb form as a pencil only 5' in diameter and one year it was thicker than the Designator. Consider carefully the stability of this climb before leading or toproping it. Fortunately it never sees any sun. It is not simple to scramble to the top of the Fang (although it is possible), one way to toprope it is to do so after leading the Designator. Before you throw your rope down, make sure there is nobody leading it!

The bottom is generally heavily cauliflowered and can be tricky. Up higher, it's generally straight forward vertical to overhanging ice. A cakewalk for mixed masters, bloody desperate for the rest of us! Rap/lower off using 2 ropes.

Eds. note, this climb has been known to completely fail with a climber on it. Beware! 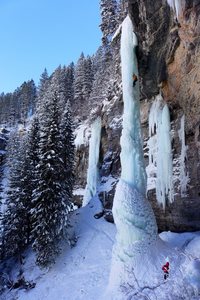 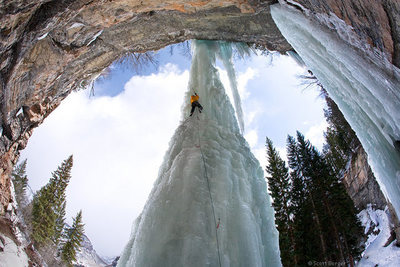 Fisheye view of me leading the back of the Fang. 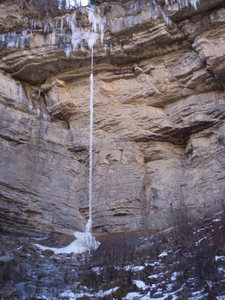 The Fang in WI9 condition. 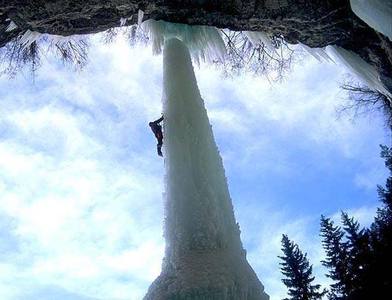 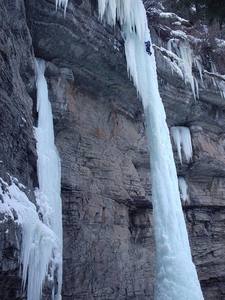 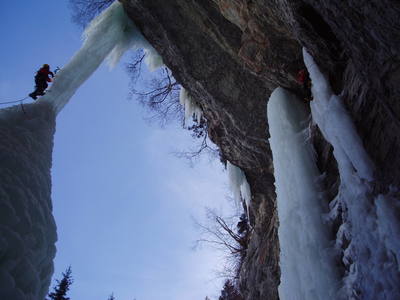 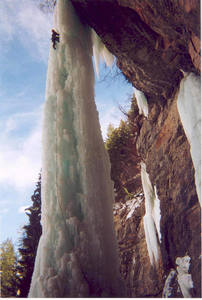 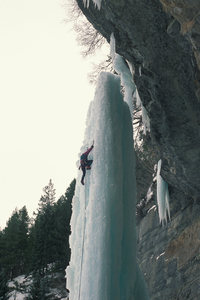 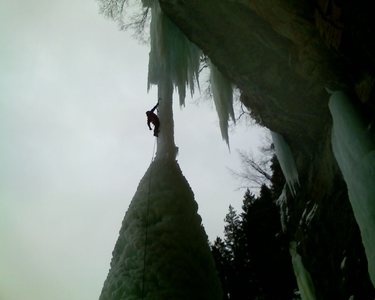 Eric climbing the Fang on 2/9/9. The condition… 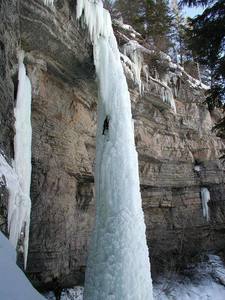 The climber is unknown... but the wildman lead… 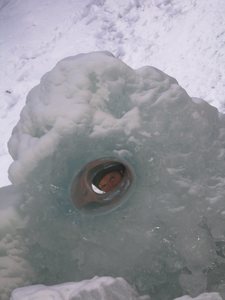 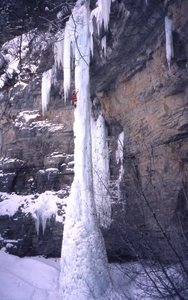 More About The Fang