The precursor to Jeff Lowe's famed Octopussy, The Seventh Tentacle demands power and precision through the initial crux section and endurance to safely deliver you to the anchors. Hang on tight as you hook your way through the opening moves and into the security of the drip!

Behind The Fang is The Frigid Inseminator that begins with three bolts. Just left lies The Seventh Tentacle with its lone bolt. Begin to the right of it, gain a horizontal and trend left to the bolt. Having wisely packed the yellow Alien, go ahead and place it five feet up and left of the bolt (slot is obscured from ground). Failure to Alienate and levitate may yield a pin-cushioned belayer...beware! Delicately mount the anemic ice, in anticipation of a much-needed screw, and swing your way to the anchors.

2/16/21:  The original bolts on the 7th have been updated to 1/2”x6” bolts in “better” rock, near the original placements.  It now climbs directly up the bolt line to the ice, due to rockfall that altered the traverse in from the right.  Climbs great and is much safer for leader and belayer. 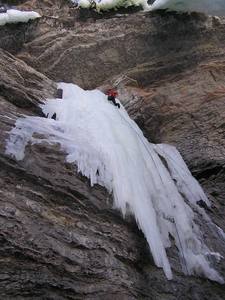 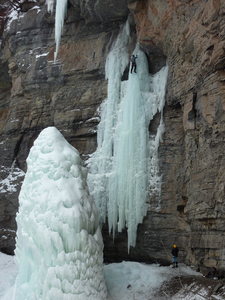 Steve setting a toprope for my first ice climb. 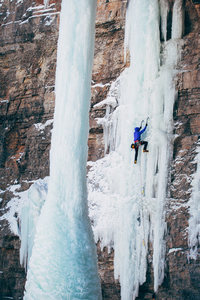 Glen Maxson works his way up the Seventh Tentac… 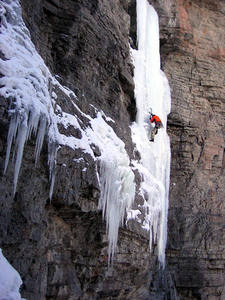 Ferrato stickin' it to the 7th Tentacle - Jan.… 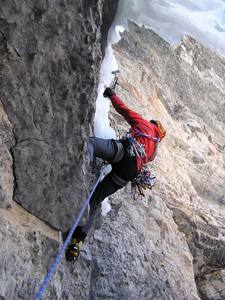 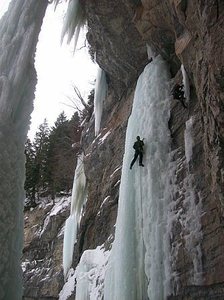 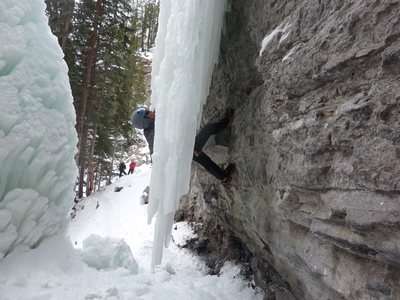 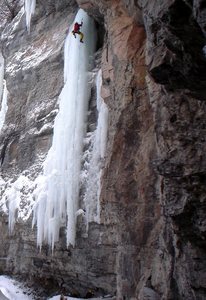 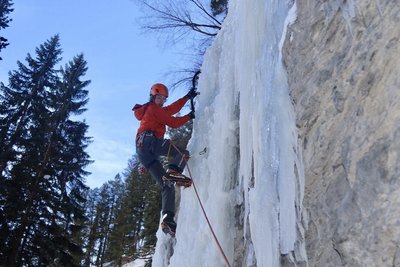 Such a fun route. If you're lucky, you'll get a… 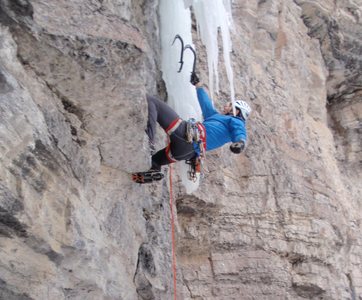 Getting on the start of the ice. 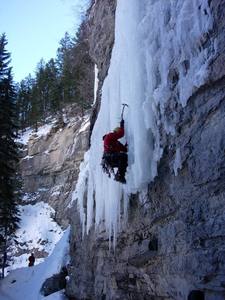 Pulling up onto the ice.