I felt obligated to add this route to the database as it was the route that really started the modern mixed climbing era. Octopussy, when put up in 1994, was the start of the classification of "M8." It took Lowe a couple trips before finally getting up it which included a couple figure fours. What vision! Though the route does not get climbed often, it still awaits those with a sense of adventure and perhaps a little insanity.

The climbing is simply wild and not your ordinary "all bolt" route. Though most of it's fixed, it has the "trad" sense to it.

Inspect the curtain, perhaps rap down before you get on it to make sure it's safe to climb on as sometimes the fracture line cannot be seen until you're face to face with it. If the curtain is really well formed, you can stem accross and skip the chossy, overhang drytooling sometimes called "Octowussy." If it's not that fat, clip all the mank at the ledge (#1 BD cam can be placed around here to back it up) and equalize it. Use a screamer here and there.

Commit to the overhung corner for a couple moves to a very strenous clip to the hanging tat (two equalized pins). The transfer to the ice can be very strenuous. Whether it involves figure fours, front levers, or if you're lucky, it can be straightforward! Once on the front, cruise for 10 feet of WI5+ ice to the top. Make sure to place a screw a bit above the roof and not on the hanging curtain, and try to keep the rope from running directly underneath the curtain.

Start with The Seventh Tentacle. A 70m rope barely makes it. Two ropes are usually used for the rappel descent. The curtain is just to the left of The Fang.

I would bring a #0.3 and #1 C4 BD cam. About 5 screws will be more then enough. Bring lots of alpine draws as there is a few pieces to clip before the roof. Double ropes work better on this, though I got away with a single. See JR's old guidebook for more details. 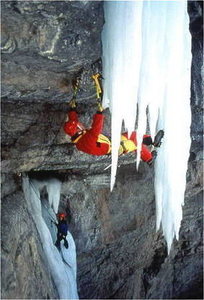 Jeff Lowe on the first attempt of Octopussy.… 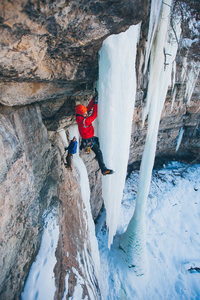 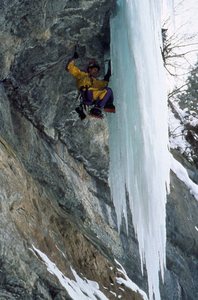 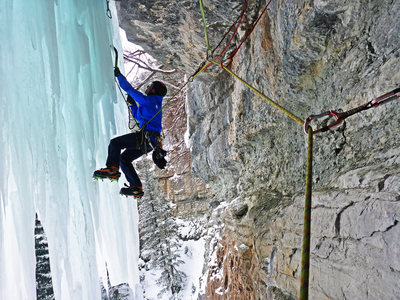 Ice was kind of in the condition of the first a… 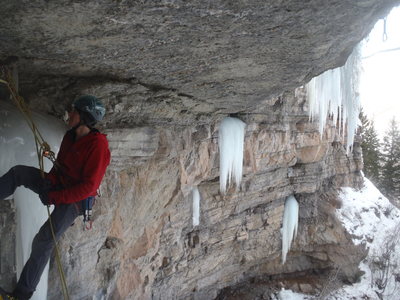 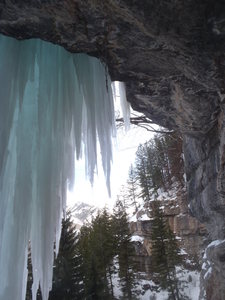