Australia is a huge and diverse continent that contains a great deal of rock to explore. I've heard it said the geographic area of the entire continent is roughly the size of the United States, but the population is about the size of the greater Los Angeles Metropolitan area. I don't know if that's true, but I do know most of the population, and climbing, are generally concentrated around the eastern, southern, and western coasts of the country while the interior is a vast and remote wilderness devoid of both civilization and climbing. Australia has little to offer in terms of ice climbing, mountaineering, and long routes, what it lacks in these departments is more than made up for in terms of unique cragging experiences that can be had in few other places in the world.

The two largest cities, Sydney, in New South Wales, and Melbourne, in Victoria, serve as hubs for the two major climbing destinations of the continent: The Blue Mountains and Mount Arapiles, respectively. Either of these areas could be considered world-class, but Arapiles stands a notch above and is arguably the "world's best crag'.

But these aren't all Australia has to offer. In the outskirts of Sydney lie Point Perpendicular which hosts dramatic sea-cliff climbs and Nowra, a popular sport climbing crag. Further inland are the remote and towering limestone blades of the Warrumbungles and the deep cleft of the Bungonia Gorge - each of these areas include some of the country's longest routes. Up the coast in the neighboring state of Queensland one can find Frog Buttress, a crack-climbing area, as well as the Glasshouse Mountains, volcanic plugs with a handful of lines.

Victoria hosts Australia's most spectacular rock. Mount Arapiles is the mere coccyx of the long spine of mountains known as the Grampians. Scattered through this spread out range are astonishing crags both obscure and world-famous (such as the Taipan Wall). Much new route potential and development exists within this area. A few hours east is Mount Buffalo which is the best granite Australia has to offer. Buffalo still serves as a training ground for Australian aid climbers who have set their sights on the big walls of Yosemite, but it is also a popular multipitch free-climber's destination.

South Australia (Adelaide) is home to Moonarie, a beautiful cliff of bullet sandstone, and Western Australia (Perth) has reportedly stellar sandstone sport climbing as well as dramatic sea cliffs, but these areas are generally not considered international, or even national, destinations.

It would be a crime, of course, to neglect mentioning Tasmania. Not only is this island state home to the continent's only real mountaineering (Federation Peak), and the infamous "Totem Pole" sea stack - popularized by a Lynn Hill/North Face expedition, but it also has some amazing sandstone, seaside granite, and columnar basalt rock that offers splitter crack climbing. I've heard it said that there's more climbable rock in the tiny state of Tasmania than the rest of the continent put together and I believe it. The weather is finicky, and access is even more difficult (typically via a ferry from Melbourne), but it is a beautiful place to explore.

While getting down under can be time consuming and expensive, once there the country is generally easy to navigate, although distances can be very great. The people are friendly and laid back, crime is low, the exchange rate is favorable (although only slightly so), and much will be familiar to the Westerner. That said there are many backwards things: such as the time zones, the seasons, the side of the road you find cars driving, and bizarre things like carrot bolts, wombats, and vegemite. The beer is OK.

The climbing season is year-round, but December and January can be brutally hot. Plan on renting or buying a car for your stay, unless you are content to spend all of your time at Arapiles (certainly not a bad prospect). Beware of driving at dawn/dusk hours -- kangaroo strikes are more common than deer strikes in the States. The other lethal animals (just about all of them) are probably a bit over-hyped. During my 7+ months there, spread out over two separate visits, I only saw a handful of venomous snakes, no venomous sharks, no venomous crocodiles, and no venomous spiders. A good rack for any of the climbing you might do nationwide would be a single set of cams through wide hands, extra TCU's/Aliens, a set of nuts and some cash to buy authentic RP's. All the gear you might need for camping, climbing, and traveling is readily available in the major cities and even the small towns near the major climbing destinations. Expect to pay a lot more, however, for imported equipment. Traveling alone? Arapiles is an easy place to meet partners. Some of the other areas can be a bit more challenging.

International flights into and out of Sydney and Melbourne are readily available.

Mountain Project's determination of the classic, most popular, highest rated climbing routes in this area.
More Classic Climbs in Australia » 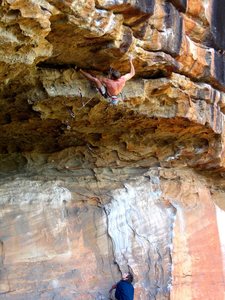 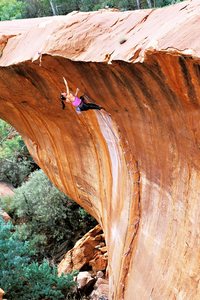 Vanessa Peterson on the 2nd ascent of the wave… 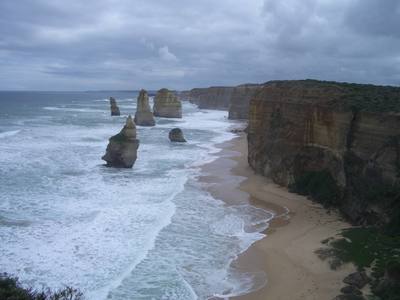 Some of the beautiful rock formations Australia… 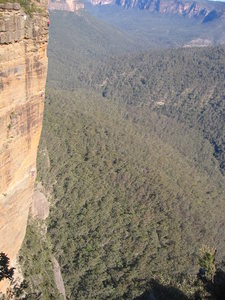 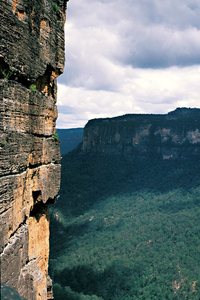 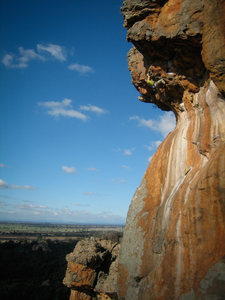 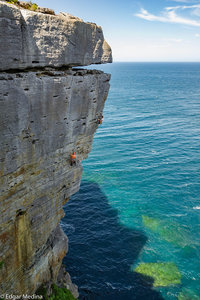 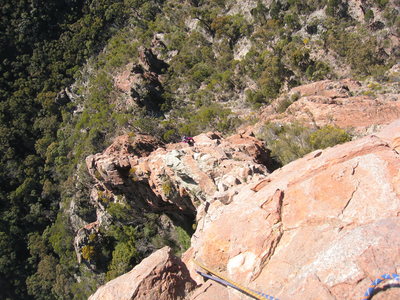 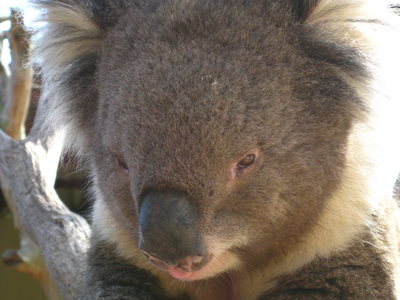 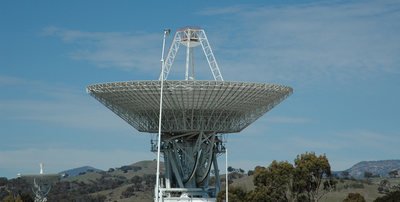 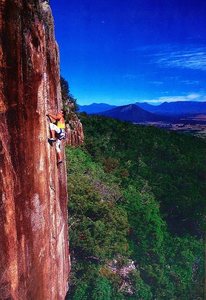 Paul Smith on the FFA of Whistling Kite (aka Cr… 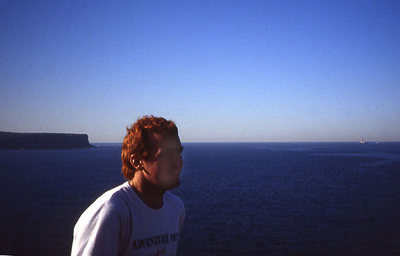 All Photos Within Australia