Tasmania is an island roughly 1/4 the size of Colorado, located 125 miles south of the Australian continent. With a population less than half a million, this is a wild, rugged land with few signs of civilization and abundant wildlife. More than 1/3 of the island's land area is preserved in National Parks or World Heritage Sites.

In addition to its numerous scenic wonders, Australia's "Natural State" is the ideal venue for the adventure climber. The island's wild shores are lined with stacks of vertically-columned sea cliffs, and the inland mountains offer lifetimes worth of remote alpine adventures.

The Tasmanian rock climber is blessed with an abundance of dolerite, a course-grained relative of basalt. These volcanic remnants form in similar shapes to the basalt columns we North Americans are so familiar with, but the texture of the Tasmanian version is much more featured, offering much better friction and the occasional edge. The bulk of Tasmanian climbing is on dolerite, but the island also features quartzite, granite, and conglomerate crags.

The weather in Tasmania is an important consideration. With a climate and landscape similar to that of the coastal Pacific Northwest, rain is a common phenomenon. Temperatures are consistently moderate due to the coastal proximity, but snow is a common sight in the inland mountain ranges (reaching a height of 5300 feet). High winds are a possibility throughout the island, and sea-cliff climbers must be aware of tidal conditions and swells.

Climbers seeking more information about routes can also visit Thesarvo, an official guide to the island that also offers a mobile app.

The easiest approach is via fixed-wing aircraft from Sydney or Melbourne. All of the major Australian carriers offer daily service to Hobart, Tasmania's captital city and cultural center. If you've got ample time, ferries also operate between Tasmania and the main continent.

A car is absolutely mandatory for the Tasmanian climber. Many rental agencies serve the Hobart airport. If on an extended trip that includes mainland Australia, consider purchasing a car in Sydney and taking the ferry to Tasmania.

Mountain Project's determination of the classic, most popular, highest rated climbing routes in this area.
More Classic Climbs in Tasmania » 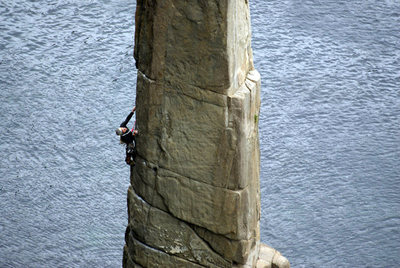 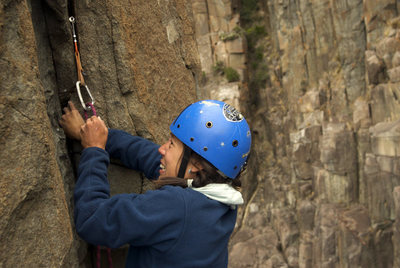 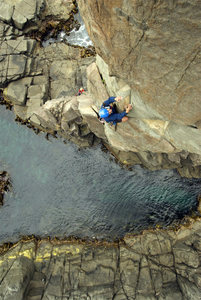 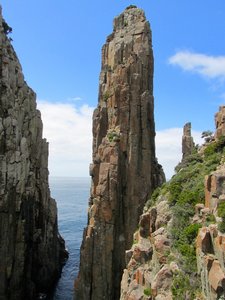 The Candlestick (w. the Totem Pole peeking in).… 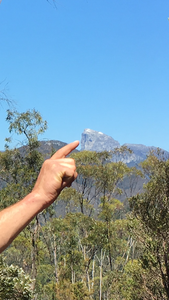 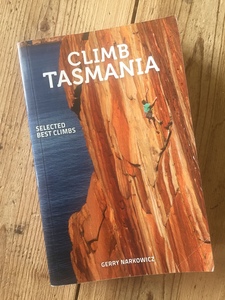 This is the guidebook to get. Outlining all the… 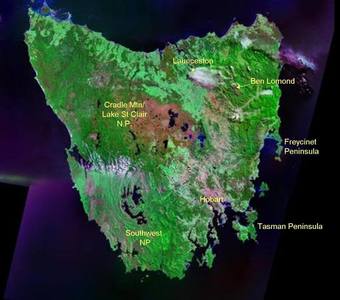 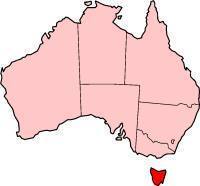 All Photos Within Tasmania