This crag in the Sawtooth Range can honestly lay claim to being one of the biggest granite walls in the High Sierra. Essentially the culmination of the north ridge of Eocene Peak. It is separated from the towers to the south by a significant notch, which forms part of the standard descent route (see below).

Hike west along the Robinson Creek Trail to Little Slide Canyon. There used to be a sign but be despite misinformation (old), as of 7/2019, there is no turn off sign to diverge towards Little Slide Canyon. However, the path diverges in between two larger rocks, with a pine as a decent land marker if you're having trouble (See photo below). Robinson Creek is easily crossed via fell tree even with a high flow year like we are having in 2019 after negotiating boggy terrain and a couple of tributaries (sandals recommended, cache on other side) to the south bank of Robinson Creek, go right (west) and pick up "The Switchbacks" which are steep but short. Continue to follow the trail on less steep ground to the talus. Stay left of the creek while the ground is relatively flat, crossing over when you get to a large talus field that is covered by snow in the early season. As the canyon gets steeper the best path is on the right hand side of a central outcropping. This is less steep when there is snow and there is usually a trail when it has melted. Follow the path and cairns through talus, trees, and at one point onto the rock outcropping in the middle. The trail becomes less obvious where there is usually snow, but cairns do mark a way up over granite benches, and ledges to a flat area west of the Hulk and east of Maltby Lake.

Some people do the Hulk in one long day, some people camp beneath the climbs - it's up to you, and how you view the mountains.

Descent from the Routes

From the summit, and after paying homage to the Superball - make a steep and exposed Class 3 descent (nervous soloists need not apply) of the south ridge, about 300', near its terminus go left and descend down to the rappel anchor, where a single rope rappel will deposit you in the notch mentioned above. Go right (west) and descend steep and loose scree to a small tower and a branch. Take the left branch and Class 5 down climb the overhanging chockstone - very worrying. A little further you'll reach the main gully beneath the Incredible Hulk's wall - stagger and stumble down some of the worst scree I've ever seen back to the start of the climbs, and then down the final scree fan. Some may take 45 minutes to do this, I've seen it written up as "trivial" - IMHO it's more than both of these. 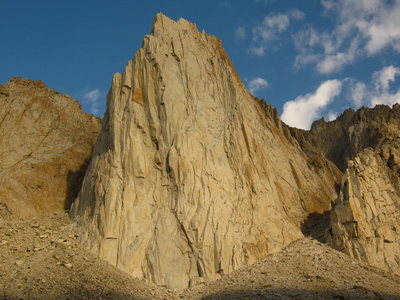 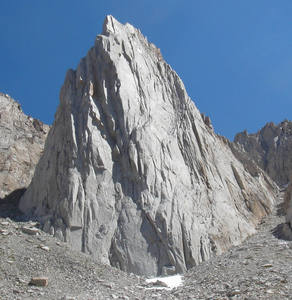 Incredible Hulk, seen during the approach. 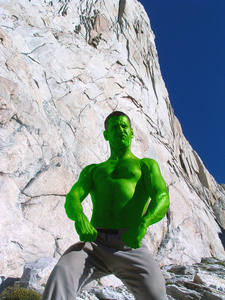 My friend Patrick Price goofing at the base of… 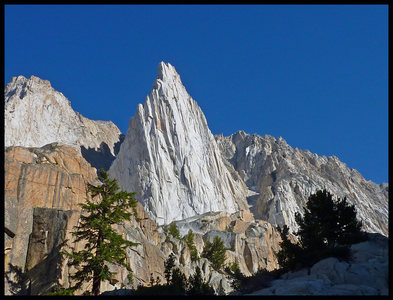 The top 2/3 of Incredible Hulk, as seen near th… 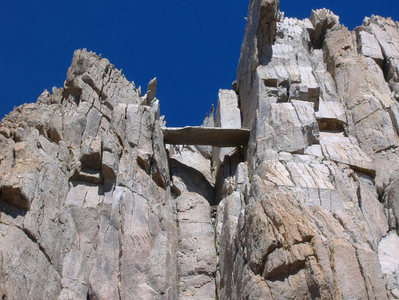 Not a picture of the Incredible Hulk, but a cra… 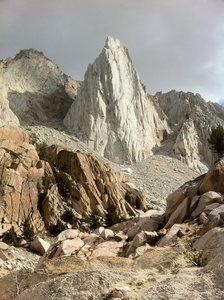 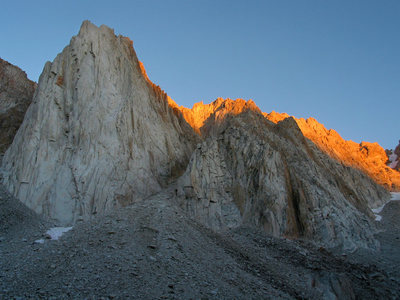 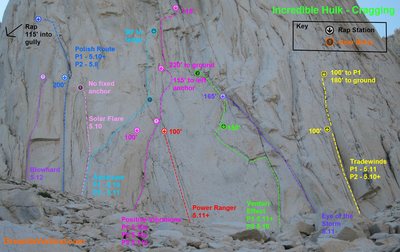 A cragging guide to the first few pitches of ro… 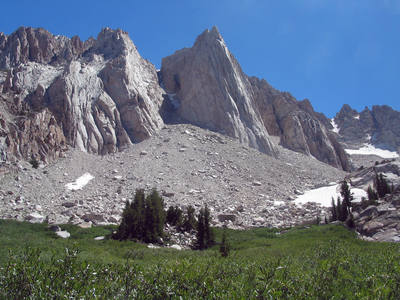 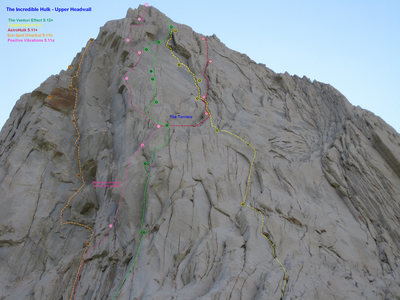 A topo overlay for some of the upper pitches on… 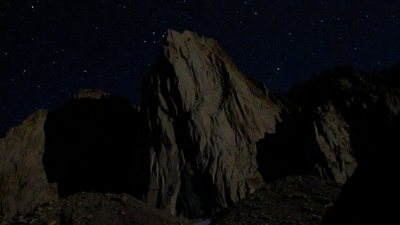 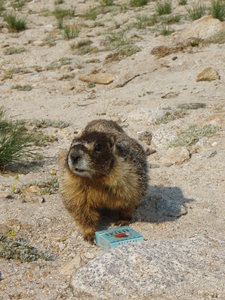 Back off- these are my smokes!

All Photos Within Incredible Hulk