This route has three distinct cruxes. The first twenty feet involve sustained 5.11 micro-edging (see picture) with good protection. After moving left to the third bolt, the route goes up a shallow groove with a difficult mantle to clip the next bolt. (I took a 40 foot fall on this move on the first ascent!) A short traverse right brings the leader to the crux -- a sequence of pure friction moves that seem impossible. (Full disclosure: Paul, Tom, and I gave the crux about 100 tries before Tom finally succeeded.)

This is a genuine test piece -- old school 5.12 thin face with bolts put in on the lead. My old buddies in North Conway have told me that the young Turks who are tearing up the 5.14 sport routes think it is impossible, and they don't believe that this route was ever led. Rest assured gym rats, it was.

admin edit -Apperently there was a previous FA. According to John Strand he climbed this previously with 2 bolts, belayed by Nick Santigrist, and called it 'Yuppies', but he said no one believed him because of the difficulty and he hadn't claimed an FA because he wanted to eliminate the crack finish.

Bolts. Bring some pro for the easy final section. Shares a rap anchor with Reppy's Crack. 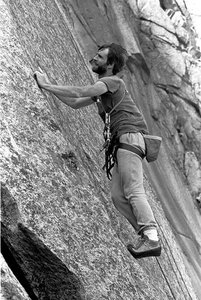 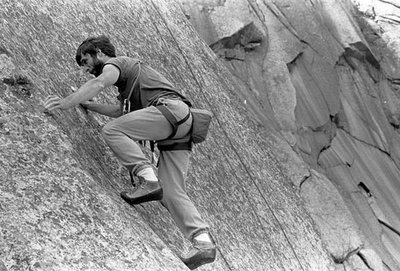 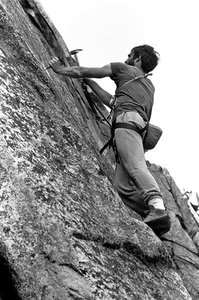 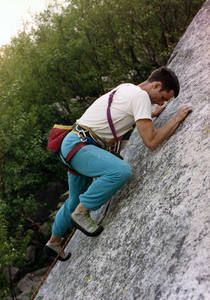 Trying stuff out of our comfort zone.