The San Rafael Swell is a huge area in the center of Utah, with few people and fewer services. It is the area roughly bordered by Price in the north, Green River to the east, Capitol Reef to the south, and the mountains to the west. I-70 divides the swell into two parts, and is the only paved road within the swell. US 6, Utah highways 10 and 24, and the Moore cutoff road travel around the edges of the swell, and there are many dirt roads - some are good, some are very bad, and all can be difficult to travel during big storms.

The climbing in the swell is tremendously varied, and lies on the adventurous end of the spectrum. Buckhorn Wash is the most popular area, and hosts a high concentration of excellent Wingate crack climbing, as well as towers and bouldering. The San Rafael Reef, AKA the Sandstone Alps, have extremely long slab routes on mostly good rock with very significant runouts. Other areas are less popular, but the climbing is very good for those who are interested in exploring.

Eric Bjornstad's Desert Rock II is the main printed guide to the swell, but it is out of print and only has a small percentage of the routes that have been done. Cam Burns Selected Climbs of the Desert Southwest has a few routes, as does the Falcon Rock Climbing Utah guidebook. New routes are going in constantly, and at this point mountainproject supplemented by Desert Rock II is the best source of information, though it is far from complete.

There are no towns or services in the San Rafael Swell aside from a rest area on I70 and a few outhouses along the Buckhorn Wash Road. The closest places for food or gas are Green River, Price, Castledale, Hanksville, or Salina depending on where in the swell you are. Cell phones get no reception except for a few spots along I-70. There is great camping pretty much everywhere in the swell, but bring all of your food, water, and firewood.

The swell is all BLM land, and has little regulation aside from the wilderness study areas. The downside to this is that the area gets trashed sometimes, especially by OHVers who visit the area in large numbers. Practice leave no trace, clean up after others as much as you can, and consider using wag bags if you can't make it to one of the outhouses.

This is a vast area in the center of Utah split by I-70. The most popular areas are accessed by the Buckhorn Wash Road. Most of the main roads in this area are good dirt roads, and you can usually at least get close in a 2WD. The road conditions can change quickly since they don't see much traffic, and the remote parts of the swell are not a good place to have car trouble. Visitors should always come to the swell with a full tank of gas, a spare tire in good condition, and extra food and water just in case. 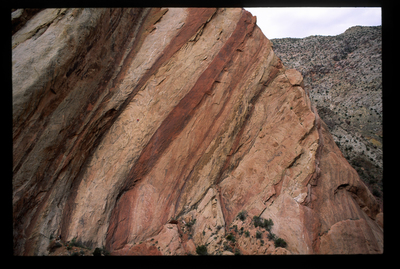 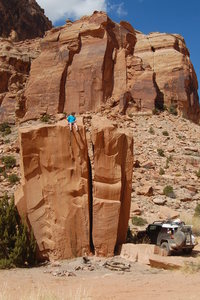 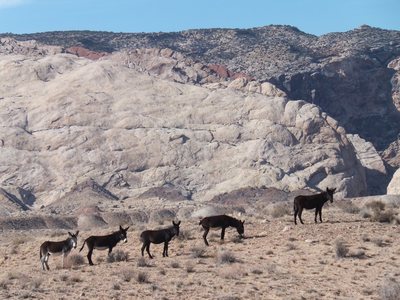 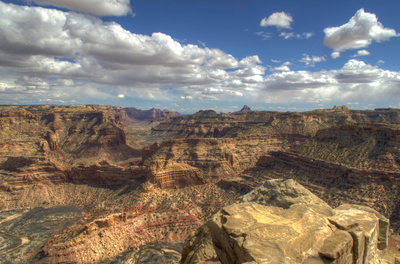 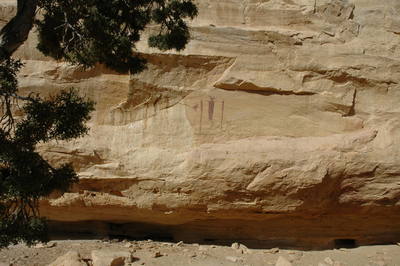 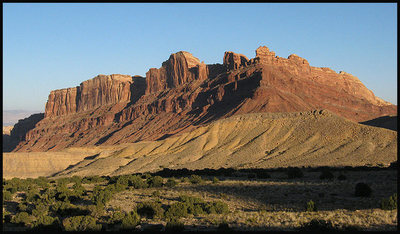 The San Rafael. Photo by Blitzo. 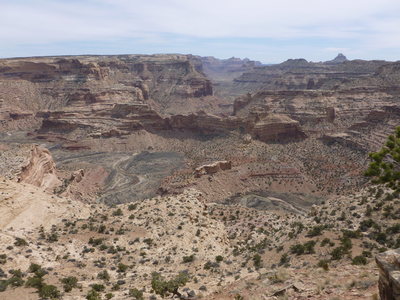 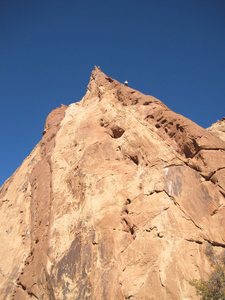 The Hollow Men ..A climb out of Three Finger Ca… 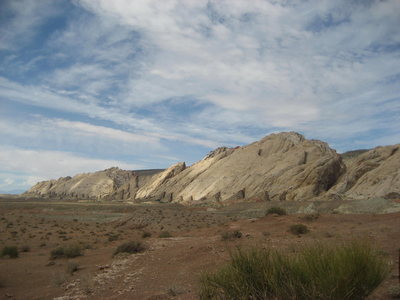 Looking down the southern end of the Eastern Re… 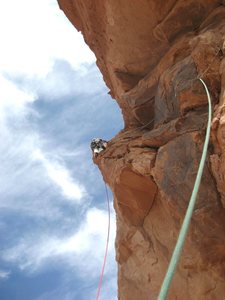 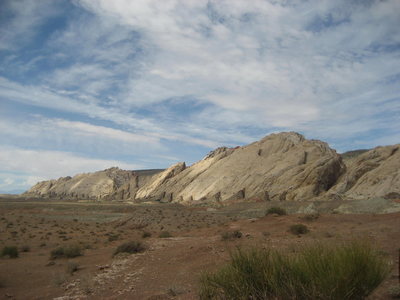 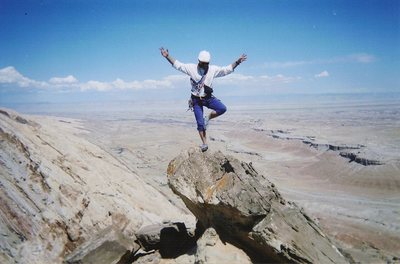 All Photos Within San Rafael Swell