Leavenworth is the hub of Washington climbing and the beginning of cragging as we know it in the Northwest. The town (a faux-Bavarian paradise) is situated at the east end of Highway 2. Surrounding it in Tumwater Canyon and the Icicle Creek Valley can be found tons of climbing, mostly diorite crack/slab and bouldering but with some sport climbs mixed in as well. Tumwater Canyon, along which the highway runs, is home to the dramatic Castle Rock along with other towers and walls, while the Icicle hosts endless cragging on granite-to-diorite domes plus the most concentrated boulders in WA with an excellent approach. More sporty climbing on sandstone and metamorphics can be found as well, and you can't forget the alpine granite playground of the Enchantments and Stuart Range.

Then when you're done, head into Leavenworth for an overpriced beer and spray at the bar, wonder at (and flex for) the tourists/Mtn bikers/skiers/hikers/beer experts, and enjoy the ambiance of a beautiful mountain town.

Highway 2, east and west, leads directly to Leavenworth. However, over Stevens Pass it's only two lanes and can get VERY congested. From Seattle it's often faster to take I-90 over Snoqualmie Pass and Highway 97 over Blewett.

In the 1940s, climbing was something you did in the mountains, with the Mountaineers or (intrepidly) on your own. Fred Beckey and his partners were at the forefront of cutting-edge climbing throughout the Cascades, so it is fitting that he discovered and first developed the granite walls and buttresses surrounding the town of Leavenworth.

'I recalled that one day while returning from a rained-out September trip to Kangaroo Ridge, a group of us parked in Tumwater Canyon to take a close look at an imposing rock formation above,' Beckey states in Challenge of the North Cascades. He goes on to relate the raininess of the 1948 summer leading to more cragging in sunny Leavenworth than trips to the alpine.

Castle Rock was the first object of attention, and obviously so due to its prominent position. Classic routes like Midway were established and repeated. Summit bagging was still a preeminent mental state and the towers of Tumwater, as well as sandstone slabs on the Peshastin Pinnacles, were the next goals of Beckey and party. Tumwater Tower, Moss Tower, Chumstick Snag and many others were conquered by aid and free climbing.

When technology in the form of nylon rope and pitons advanced, harder and longer free routes were put up that are now some of the most treasured routes in Washington. Outer Space and Orbit on Snow Creek Wall (the bridge between Leavenworth and the 'Cashmere Crags'), plus shorter leads on Midnight and Noontime Rock got done.

When Beckey took off for higher and farther ranges, Pete Schoening became the forefather of Leavenworth climbing and the resident Cascade hardman. Many Tumwater climbs bear his name as the first ascentist throughout the 1960s and 70s. Development slowed somewhat during that period, as Index was found to be closer to Seattle and hold new, harder potential.

In 1984, Peter Croft came down from Squamish and soloed several of the hardest routes in Leavenworth, as well as establishing new ones. Croft and the 80s kicked off a new era in Leavenworth. Sport climbing became popular, although it never gained a true foothold in the area, likely due to the absence of walls unprotectable by natural gear.

It was during this time (especially the late 80s) that those who would essentially reinvent Washington's climbing began their journey in the Icicle. Those like Bryan Burdo, Leland Windham, Mack Johnson, Curtis & Rustin Gibson, Jim Yoder, and Mike Massey learned to climb in the Bavarian Paradise before their exploits in Frenchman Coulee, North Bend, Tieton and Darrington.

Development of the crags and domes deemed too dirty, chossy, or far of a hike continued throughout the 80s, with a new predominance of bolted friction climbs on domes, and sends of longstanding projects. Jim Yoder and others sent several of the runout, desperate cracks in Tumwater during this period, such as No Such Thing as a Free Lunge 5.11+ R/X, Castle Rock. (With modern gear it is a reasonable lead.)

When the 90s hit and bouldering pads became commonplace, the true jewel of Leavenworth began to realize its full potential. Countless granite boulders dot the Icicle, with truly great problems of all grades, from the shallow-water-solo The Sleeping Lady v2, to the classic v4s The Pocket, The Fridge Center and the Real Thing, to test pieces Hanta Man v8 and The Peephole v11. During the late 90s, Forestlands and Mad Meadows became the circuit and hangout for the local pebble wrestlers. The crowds have no comparison to what arrived 15 years later, of course. Johnny Goicochea, Kelley Sheridan (the guidebook author), Joel Campbell and many others were the strong new climbers arriving and sending boulders in the mid 00's.

True sport climbing arrived in Leavenworth as well in the late 90s and early 2000s. Rattlesnake Rock and Drip Wall were bolted as primarily sport crags, and the metamorphic Nason Ridge came a little later. Today, the arrival of new boulders outpaces anything else, but locals are still discovering new diorite domes and buttresses and harder bolted climbs being sent. In the last 5 or so years we have seen climbers leave the comfort of Icicle Canyon in search of new blocs; first the Treasury just west of Stevens Pass was discovered by the old Leavenworth crew, and then Smithbrook just east of the pass, by the twin filmmakers Jake and Kyle Love.

Mountain Project's determination of the classic, most popular, highest rated climbing routes in this area.
More Classic Climbs in Leavenworth » 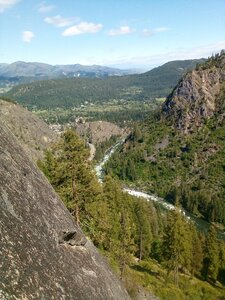 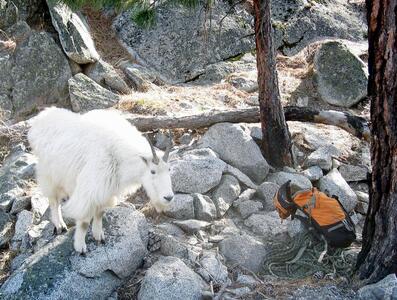 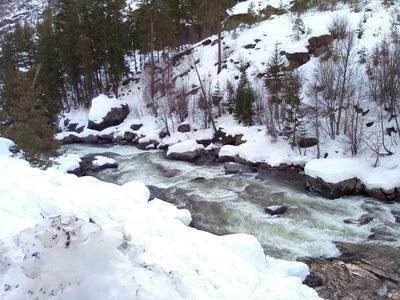 The Icicle breaking free of winter

All Photos Within Leavenworth