Marble Canyon is made up of a Headwall (500 metres) that sits on top of a large Apron (250 metres)  the headwall and apron are split by a huge treed sloping terrace (it takes approximately 20-30 minutes to walk from the top of the apron, up the terrace, to the base of the headwall). The headwall is bordered on its left by a massive gully (naturally named the Great Gully). To the left of the Great Gully is a smaller wall called Mid-Wall. The Mid Wall is bordered on is left side by another enormous gully called the North Gully.

The majority of the climbing occurs on the Apron, but there are routes on the Headwall and Mid Wall as well.

There is a long history of climbing in the Canyon dating back to the 1950s, but there has been very little documented until recently. The most reliable source of documented information can be found in the Guidebook Central BC Rock by Lyle Knight. Keep in mind that Marble Canyon is a huge place, the terrain is very complex, and the guidebook only covers some of the more popular routes. If you plan to climb any of the multi-pitch climbs, good route finding skills are necessary. The rock in Marble Canyon is quite variable, ranging from beautiful grey bullet-proof limestone to manky rotten red limestone, and everything in between. Wear a helmet and be equipped to rappel from anywhere.

The climbing is generally in the moderate range (5.7 to 5.10). Climbs are protected with a mixture of natural gear and bolts. Keep in mind when climbing here, that almost all of the multi-pitch routes were put up on lead, and prior to 1992, the bolts were drilled by hand.

Marble Canyon has the added bonus of being an excellent ice climbing destination. There are a number of climbs that form regularly on the southwest side of Turquoise Lake, the most popular being the 3 pitch grade 5 Icy BC.

Recently there has been a resurgence of new route development in the canyon. The following guidelines should help route developers decide how and where their route should proceed. Do your research to ensure that you are not bolting a previously climbed route.

Marble Canyon Provincial Park is located 22 miles (35 km) northeast of Lillooet on Hwy 99, and 25 miles (40 km) northwest of Cache Creek. Each community is approximately 45 minutes away by vehicle.

From Lillooet it is possible to drive over the Coast Mountains on the scenic Duffy Lake Road  this road connects to Whistler and then onto Squamish. Many a Squamish climber ends up coming to Marble Canyon to salvage a rained out weekend on the coast.

The parking spot for the Apron climbs is a pullout on the lake side of the road right at the east end of Pavilion Lake. There is a well used approach trail directly across from the parking pull-out. 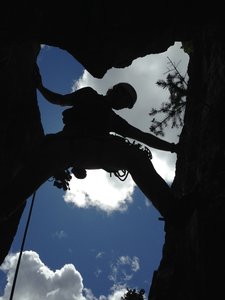 The upper pitches of The Donkey 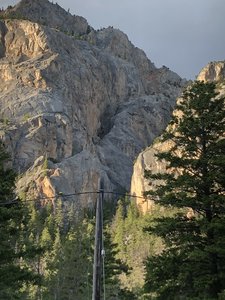 Some virgin walls in the slot canyons 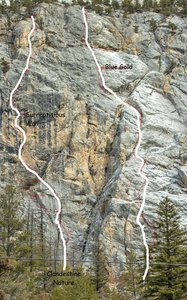 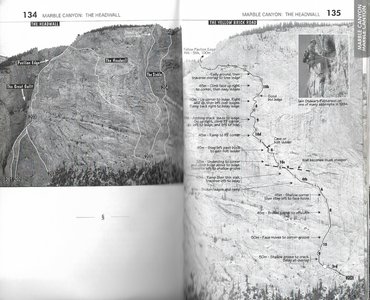 Routes on the Marble Canyon Headwall 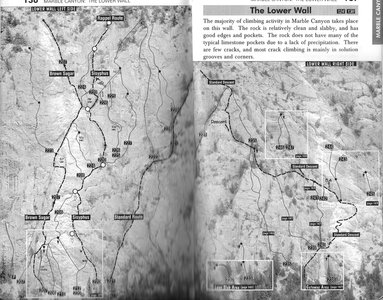 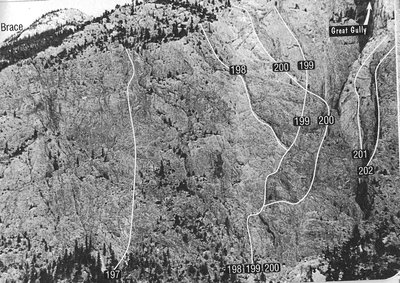 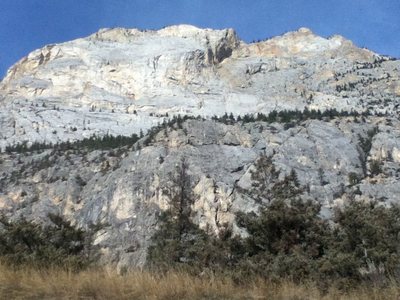 The Apron (Bottom) and the Headwall (Top) of Ma…

All Photos Within Marble Canyon