MOUNTAINEERING IN THE CANADIAN ROCKIES OF BRITISH COLUMBIA

British Columbia shares the Canadian Rockies with Alberta because the BC-Alberta border follows the crest of the range. In between the Columbia River and Alberta, some of the biggest summits are found wholly on the British Columbia side of the crest. For example; Mount Robson, Mount Bryce, Mt Stanley, and The Goodsirs. Many others are shared by both provinces; Mount Assiniboine for example.

ROCK CLIMBING IN THE CANADIAN ROCKIES OF BRITISH COLUMBIA

The British Columbia side of the Canadian Rockies used to be vast wilderness with no cragging areas like Grassi Lakes, Yamnuska, or Back of the Lake. The wilderness has dwindled and with better access there are now some interesting possibilities. 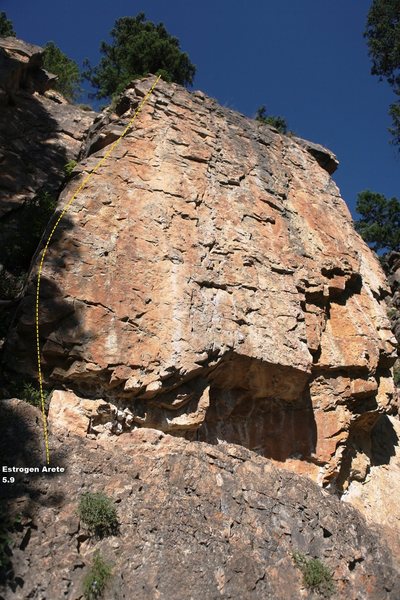 SPILLAMACHEEN photo by MP administrator Euan Cameron
There is another well developed limestone crag above the town of Canal Flats; Mount Sabine

Guides with the Icefall Brook Lodge have developed a crag called Tivoli. 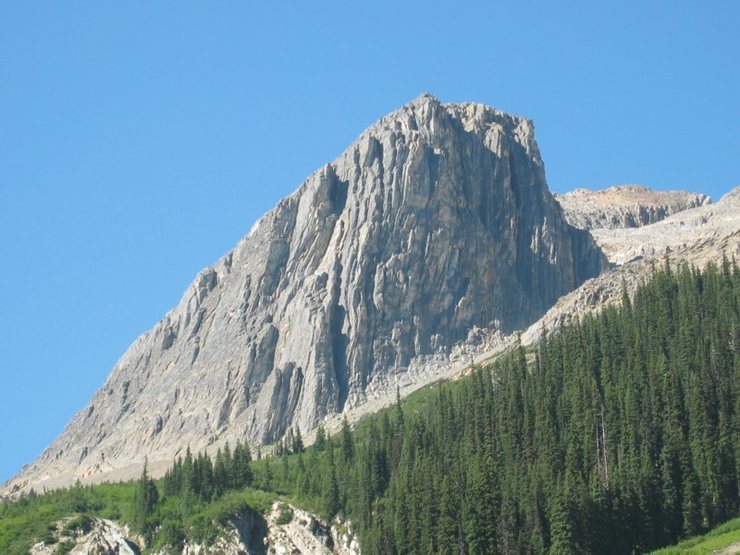 TIVOLI Photo by Icefall Brook Lodge
Last, but not least, of my examples is the long bolted 5.7 on the Takakkaw Falls Wall. 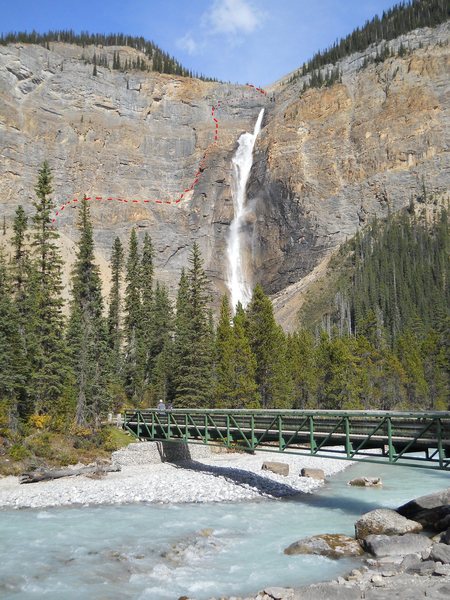 Back in the 1970's, the first ascent of Takakkaw Falls was big news (Yoho NP). Nearby, there are commonly climbed frozen waterfalls above the town of Field, BC. Above Highway 93, in Kootenay National Park are the famous pillars found on the Stanley Headwall. The ice flow draped gorge of Icefall Brook might be as good or better than anything else. However, using helicopters is necessary to get there in winter.

Selected Alpine Climbs in the Canadian Rockies, by Sean M Dougherty, 1991. This book has the basics for the serious climber's tick list, including the most notable technical climbs on the biggest faces on the high peaks. The book does not have good maps but give the specific , so use the suggestions make a list of all the maps Dougherty suggests for your tick list, and then order the maps from Canada's Geologic Survey.

Look for Bow Valley Rock to guide one to the vast selection of sport routes in nearby Alberta.

The most current comprehensive climbing guide the Canadian Rockies is now old and out of print. For those who want information on peaks not found in the selected climbs book, try finding The Rocky Mountains of Canada North & The Rocky Mountains of Canada South, by William L Putnam & Robert Kruszyna, AAC & ACC, 1921 - 1985. A few good summits, not found in the Dougherty book, are described in the old guide. For example, Mount Saskatchewan, near the Columbia Icefield, or peaks north of Mount Robson, like Mount Ida. The American Alpine Club Library has multiple copies in Golden, Colorado. I'm pretty certain the Alpine Club of Canada has it in the libraries at either the Canmore Clubhouse or Lake Louise Mountaineering Center.

Note that many of the Canadian Rockies peaks are located in Alberta, not British Columbia. If you cannot find a peak you are looking for, it may be located on the Alberta page.

Sorry! I can't access the text below this note. Otherwise, I would delete the Mtn of BC text below and fix any mistakes on the highest peaks list.

The Association of Canadian Mountain Guides generously shares mountain condition reports with us all.

For the best aerial photos ever, including the Northernmost Rockies go to John Scurlock's Photo Gallery

The Mount Robson Webcam even works in winter!

Highest Peaks of the Canadian Rockies

English units, instead of metric, makes a nicer cut for defining major peaks. There are 54 summits above 11,000 feet. British Columbia makes a good showing in the top ten:`

The Mountain Ranges of British Columbia

Sedimentary rocks predominate in the Canadian Rockies. The strata are easily seen on the mountains because under the Rockies a thicker, older, crust was more resistant to deformation by tectonic forces from the west.

The Columbia Mountains are separated from the Rockies by a fault valley called the Columbia River Trench. The metamorphic rocks are often of the chossy variety. However, there is good rock too, like the quartzite peaks of Rogers Pass and occasional granitic plutons, like the Bugaboos or Adamants.

The Coast Range has exposed one of the world's largest igneous batholiths. North America's tectonic collision with the Coast Range squeezed the rocks of the Columbia Mountains against the tougher crust underlying the Rockies.

Mountain Project's determination of the classic, most popular, highest rated climbing routes in this area.
More Classic Climbs in Rockies » 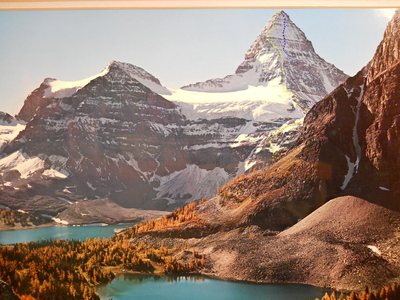 MOUNT ASSINIBOINE from a photo by Don Harmon… 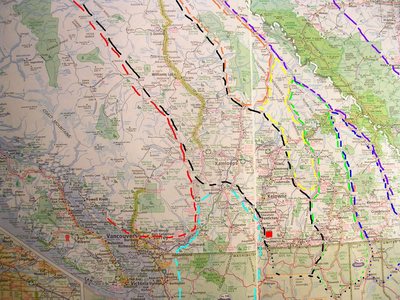 All Photos Within Rockies