Overview
Climbing, as we most commonly view it, can be traced back to Devils Lake as early as the 1920’s. However, it wasn’t until decades later when bouldering made its appearance at The Lake. Since then, it has continued to grow within the park. Climbers like John Gill, Eric Zschiesche, and members of the Devils Lake Fukness Association (DLFA) made early contributions to the scene. However, it wasn’t until the mid-2000’s that a group of Madison area locals, many that still frequent the quartzite boulders, began frequenting The Lake that the bouldering potential began to explode.

As climbing continues to grow in popularity, bouldering at Devils Lake is alive more than ever. Now, with arguably over 1,000 recognized problems, the Lake holds a lifetime of bouldering alone. Even more exciting is that new problems are regularly being added to an already seemingly long list.

An awesome short film by Louder Than 11 titled The Good Land - Bouldering At Devils Lake is just one of the many videos out there that give a sense of the amazing bouldering The Lake has to offer.

Guidebooks
Equipment
The Wisconsin Climbers Association (WCA) rents crash pads out of Madison for $10.00/day to members, or $15.00/day to non-members. For more information, email the WCA at wiscoclimber@gmail.com.

Admission
Devils Lake is part of of the Wisconsin State Park System, requiring the usual admission fees. Daily or annual vehicle stickers can be purchased at various offices or kiosks throughout the park.

See the directions under each specific area. 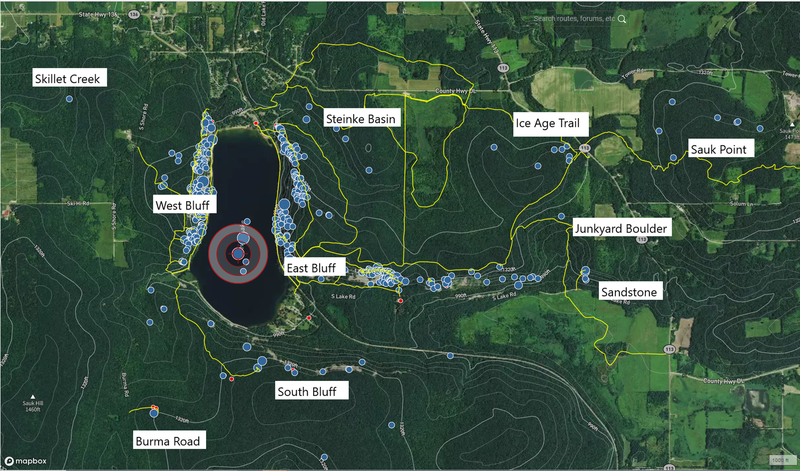 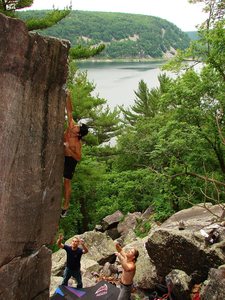 Gettin on it, Remo in the summer heat. 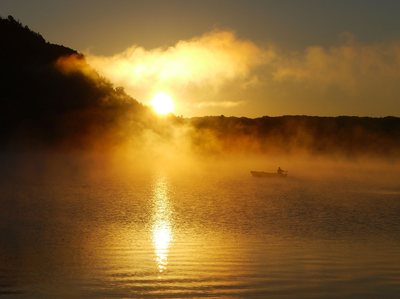 Kinda worth getting up early. Kinda. 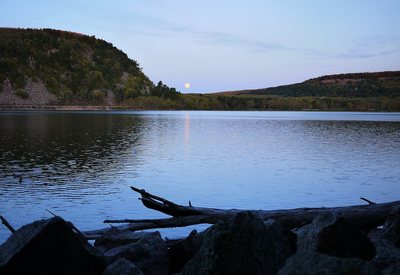 Full moon rising in the east as the sun sets in… 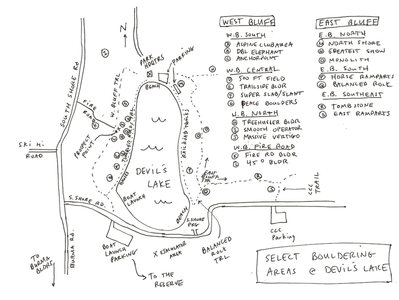 Overview of mostly the East and West Bluff boul… 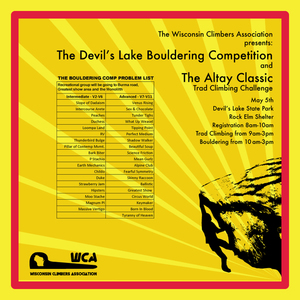 Come on out May 5th and crush some boulders or… 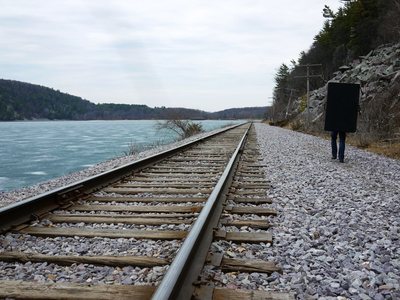 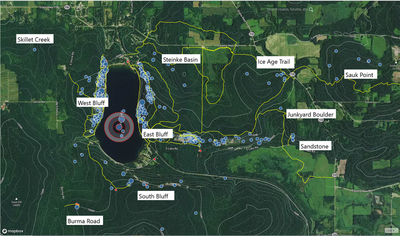 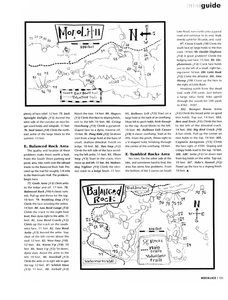 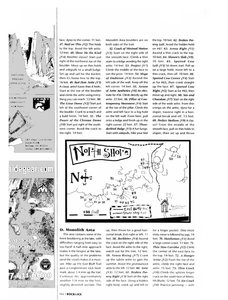 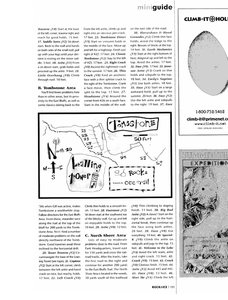 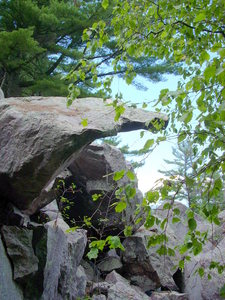 Severe overhang of the "Arrow Boulder". 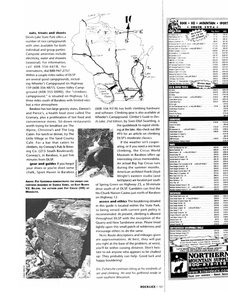 All Photos Within Devil's Lake Bouldering

Devil's Lake: a Climbing Guide
Jay Knower/Wolverine/2016
Comprehensively describes most of the rope climbing spots at Devil's Lake. A handful of boulderi…