This rarely formed route is located just to the left of Bridal Veil. If in it will most likely be mid to mid-late season when there have been enough freeze thaws cycles to accumulate ice at the base of the route. Climb steep ice with some small ledges up a spectacular line. The first accent was done as part of a ice climbing public demonstration for the 1981 Valdez Winter Carnival and turned into an 8 hour adventure. It was brought back into the lime lite 35 years later as the speed comp route for the 2016 Valdez Ice Fest where it was climbed (on top rope) twice in about 5 minutes.

This route is located to the left of Bridal Veil. Walk across the Lowe River to access the climb. 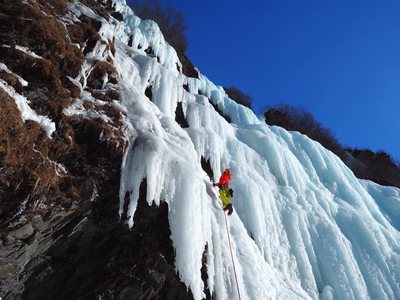 Tim having an amazing day on Flying Cloud!! 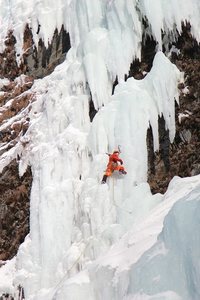 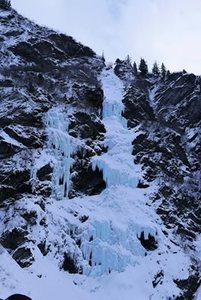 Flying Cloud is the steep line of ice on the left.