Such a perfect piece of rock. The kind of route that you walk up to and just have to climb.

Starting with low-angle climbing typical of the easier Meadows climbs, you overcome a bulge at no harder than 5.10 gaining a ledge. Rest up then embark upon the cruxy second half of the route taking the path of least resistance up the slightly overhanging orangeish rock. From the rest ledge, move up and right to a bolt a super crimpy crux will test your fingers as you start, but the true crux for most lies at the end. After 5.11ish climbing past crimps and jugs, you clip the last bolt and traverse right. A few crimpy, pumpy holds guard a hidden jug which marks the end of your struggle and the beginning of your celebration. You have climbed one of THE classic 5.12s at Rumney.

This route was originally done with only 2 bolts, when the guide book was published it had 9 and now there are eleven. Don't come up short on draws or it will be scary at the top.

Flesh for Lulu is the first wall you come to on the main Meadows trail coming from the big parking lot. Can't miss it. 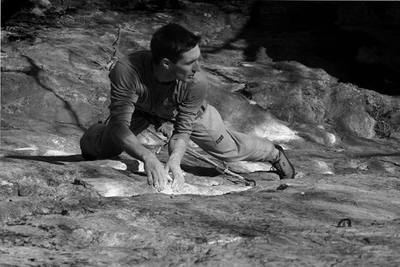 Jay Knower making it look easy on Flesh for Lul… 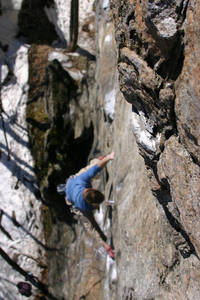 The finishing crimps loom above as Jay Knower w… 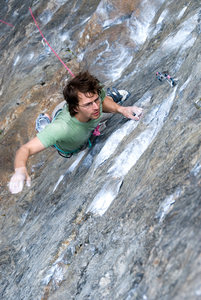 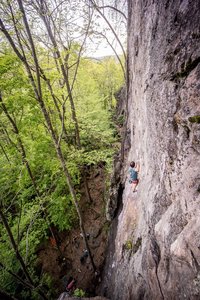 Curran entering the crux, shot from the top of… 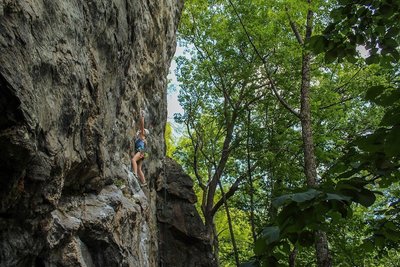 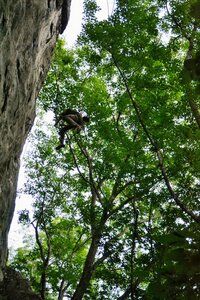 Paddy taking a 30ft whipper on flesh for lulu 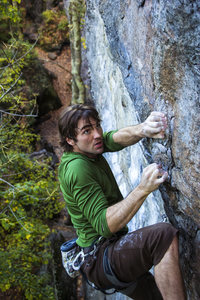 Jared grippin' and crimpin' on Flesh for Lulu 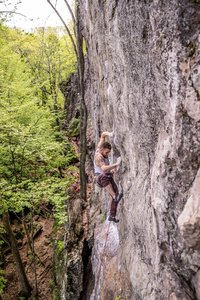 Eddie pulling the crux move on the right method… 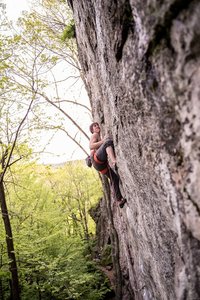 Simon on the pumpy upper section of the route.… 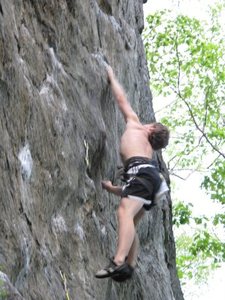 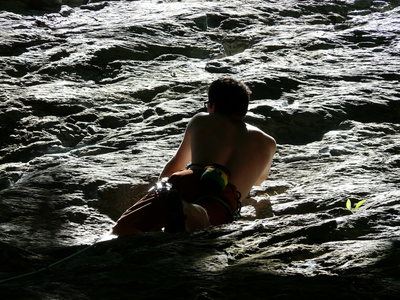 Looks like Ludovic is laying on a glacier... we… 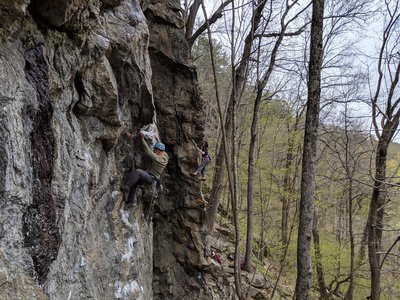 More About Flesh For Lulu