The Woodbury Road Crags are a collection of 3 limestone sport crags in the extreme southwestern corner of Utah, only a few miles from the Arizona border. The collective name of the crags comes from the road into the Woodbury Desert Study Area, in which Angus M. Woodbury and Ross Hardy performed the original ecological study of the Desert Tortoise in the 1930's and 1940's. In 1980 the Study Area was part of 35 square miles designated as "critical habitat" for the threatened Utah population of tortoises.

In 2006 a fire burned large areas of the Study Area, including the area surrounding the crags. Compare the photograph of Kelly's Rock in Todd Goss's Rock Climbs of Southwest Utah, 2nd Ed. with the 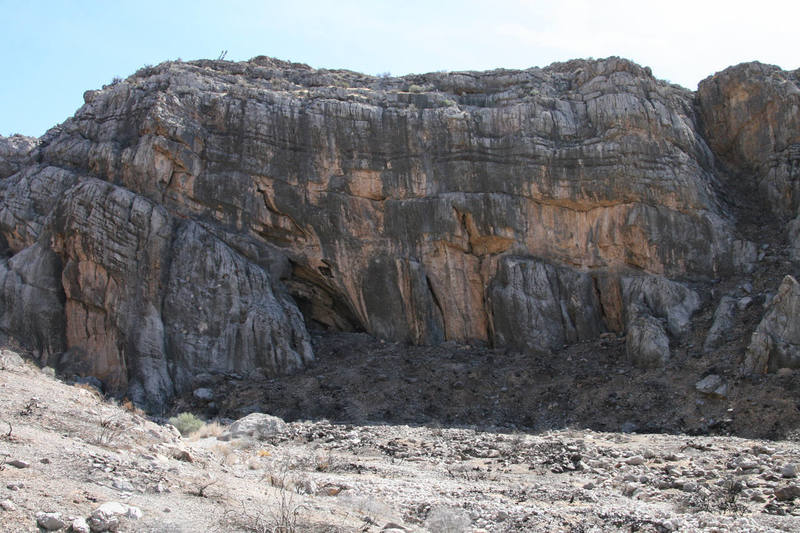 Because the climbing areas are within designated critical habitat it is imperative that climbers respect the landscape, flora, and fauna. It is particularly important to be careful while the area recovers from fire. Desert areas are notoriously fragile and slow to recover from disruption because the arid environment means plant growth is very slow, and erosion is very slow to erase scars.

Note also that the crags are relatively remote. There is probably no cellphone coverage (but I forgot to check) and the nearest town of consequence (sorry Littlefield) is Mesquite, NV, approximately 20 miles away.

Two of the crags, Black and Tan and Kelly's Rock, are within a 5 minute walk of each other and can be reached with a low clearance, 2WD vehicle on a good quality graded road. The third, The Solstice, is about a half mile or so from the others and requires a high-clearance vehicle, or a short walk past a steep, loose section of the road. Note that route development is ongoing at the crags.

Rock Climbs of Southwest Utah & The Arizona Strip, Second Edition is highly recommended and can be picked up in Saint George at The Desert Rat.

From Saint George: Take Bluff Street north to Sunset Blvd (the three-lane left turn at the north end of town). Turn left and drive 11.2 miles to the Gunlock turnoff. Bear left (don't turn towards Gunlock) and continue another 15.0 miles to the Woodbury Road turnoff on the left. (Note that these mileages are different from those reported in Rock Climbs of Southwest Utah. Different vehicles, I suppose). The GPS coordinates listed on this page are for the turnoff.

From the Mesquite or Las Vegas direction: From I-15 northbound exit at the Littlefield exit (exit 8, a few miles past Mesquite) and head north on Cane Beds Road. This turns into Old US 91 at the Utah border. The Woodbury Road turnoff will be on the right about 1.9 miles past the Utah border (according to Google Earth—I haven't recorded the mileages when I've driven this). 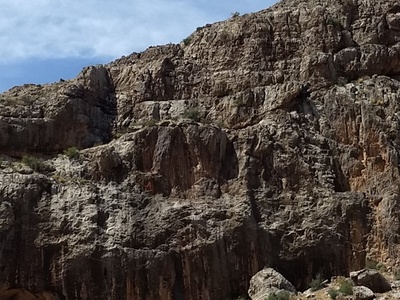 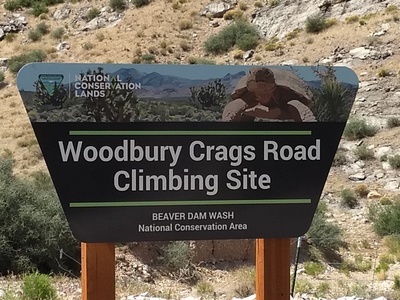 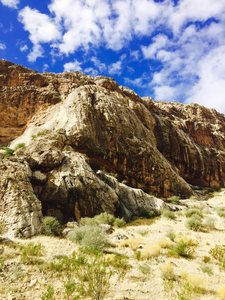 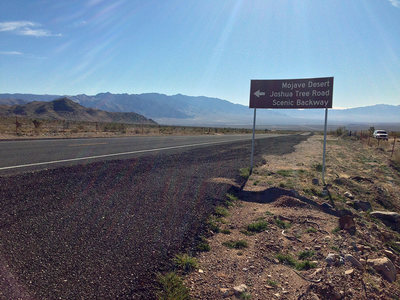 The Woodbury Road turnoff from Old US 91.

All Photos Within Woodbury Road Crags