This section covers an area of ice climbs that are farmed within the Uncompaghre Gorge. Note, the original submission didn't seem to match the area.

Through volunteer work from lots of dedicated individuals, this ice park has been created to host a great wealth of routes of all sorts of variety of difficulty and style. There are rules for the park. Annually, there is a fabulous ice festival in January with a terrific ice competition and great demonstrations and lectures. Enjoy!

Thanks to a $5,000 donation from the Access Fund, a $7,000 donation from the Ouray Chamber Resort Association, and a $20,000 anonymous donation; the Ouray Ice Park now has a reliable and constant source of water and a brand new plumbing and delivery system. Also, an extremely generous Ouray family (non-climbers) donated $30,000 in 2008 to help keep the park going.

One note, this area, especially the School Room and Below the Lower Bridge areas have become quite popular on winter weekends. Plan accordingly. A second note, often late in the afternoons, the spigots get turned on to restore/reform ice for your climbing pleasures. Be aware of this, and please don't complain. Finally, be particularly careful with the pipes, spigots, and infrastructure used to create the ice. It is the lifeline for the stuff you love.

From Ouray, take US Highway 550 south. Shortly after you begin to ascend, take a right on the Camp Bird Mine Road. Park before the bridge which crosses the gorge. Alternatively, you can park in the southern end of town and hike up the road to the ice park.

The park is typically open from December 15 to April 7.

There is a volunteer membership for the ice park which can be purchased annually. Its revenues help to support the continued creation of wonderful ice climbing in this venue. Also, this membership and its card can provide discounts at local Ouray establishments. Consider supporting them. Ice Park shirts are available at the Ice Park for sale. You can contact Erin Eddy at 970.325.4288 for more info.

Climbers have visited this area at least since the 1970s. In 1994, Bill Whitt and Gary Wild started to farm ice with hoses, pipe, and showerheads off the 3 foot pipe that connects a reservoir to a hydroelectric plant. In 1997, this area became an official ice climbing park with the amazing cooperation between a local climber who leases his property along the gorge, the city of Ouray, the county of Ouray, and the Forest Service. Apparently, this has resulted in a winter revival of the area with $4 million brought into the area a year. This goes to show how climbers can work with a variety of groups and create a win-win situation for all!

Per Climbing Vol. 280, Bill Leo, owner of Ouray Mountain Sports, keeps a big magnet that can help retrieve tools dropped into the river.

There are many options for lodging in the area.

There is a Comfort Inn on 5th Ave. with wifi.

There is the Wiesbaden with its vapor caves on site.

There are a few options for apres ice climbing soaking:

The Ouray Hot Springs has multiple outdoor pools that range from 70 F to 106 F that are open until 9pm most days. The cost is $10/day/person. There are multiday discounts. No alcohol is allowed. Main St., here is a little info on our largest pool: Ouray Hot Springs Pool. 970-325-7073 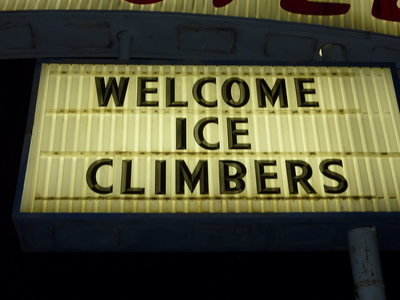 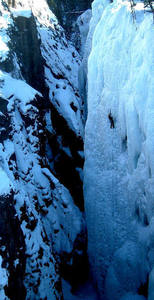 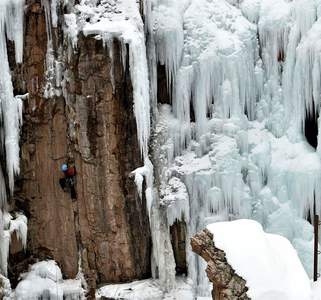 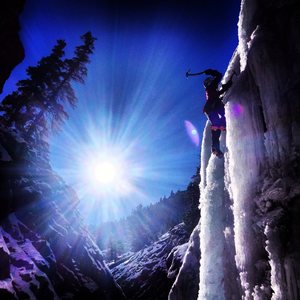 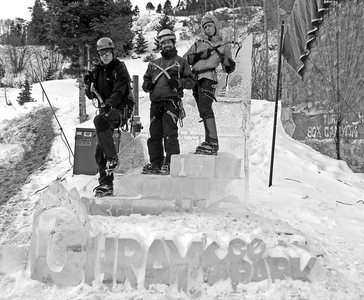 If you wait for the right moment, you too can b… 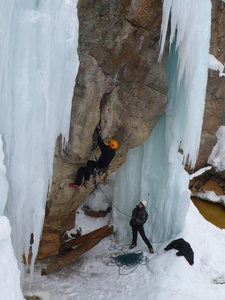 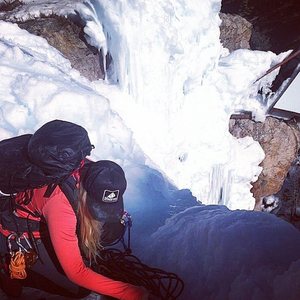 Suzy setting up a top-rope in Scottish Gully.

All Photos Within Uncompahgre Gorge aka Ouray Ice Park