Routes in South Face - Left Side

Damn near a sport route this is an excellent climb, I can't believe it hasn't been posted yet.
Start in the short corner directly under Left Ski Track, top that out and move left to the first bolt. Perfect incut holds through four bolts and then start traversing left and up at the fourth bolt. Four more bolts on the traverse, some no hands moves included, brings you to a nice ledge and a two bolt anchor (the two bolt anchor for The Unchaste would be 15ft below you)

P2 Short punchy pitch, from the belay head up and right on jugs to a bolt, then step down and right for a second bolt, then hard moves 11b to clip a third bolt, and up to another 2 bolt belay.

Start directly under the Left Ski Track in a short left facing corner.

Draws, extendable slings, and a single rack for the start section and the final section. 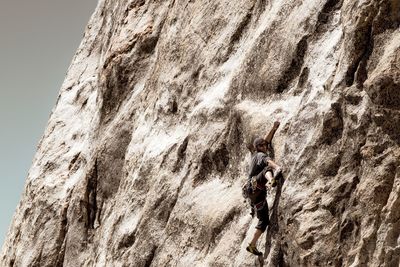 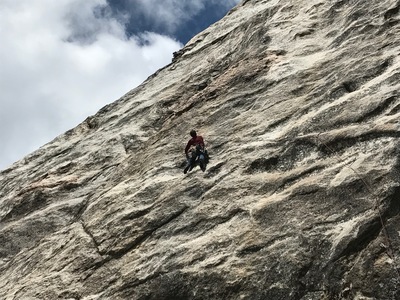 Tradiban making it look easy on The Heathen 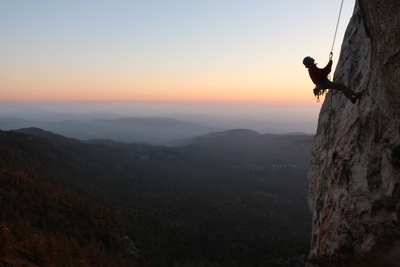 Sam rapping off of The Heathen 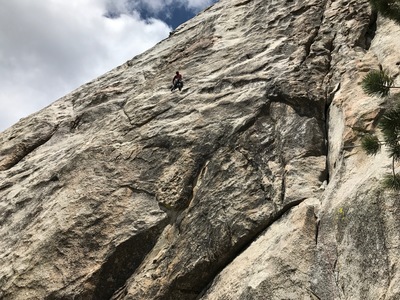 Midway through the traverse on The Heathen

More About The Heathen