Named for the ball-bearing-like lichen found on the arete, and originally led as a trad route with very little (if any) protection - this route has largely been ignored since its first ascent. Because of its odd position on a sloping arete, even toprope ascents have been considered somewhat sketchy. Recently, with the blessing of the first-ascensionist, five bolts and anchors have appeared making this an enjoyable sport route in a classic position.

The upper anchors were placed to facilitate rappelling off the Hell Wall (aka Quarry Wall) (west/climber's left) side of the arete, rather than rappelling or lowering directly down the crest of the arete (a disconcerting proposition at best). Even topropers might be well-advised to make use of the protection bolts as directionals given the sharp and sloping nature of the arete.

At the south end of Hell Wall scramble to the notch and look left. 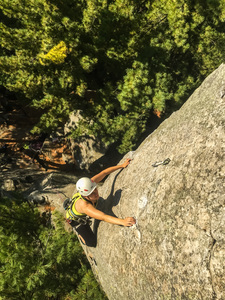 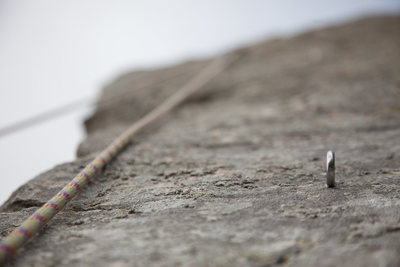 Climb the slab. Should clean up nicely. 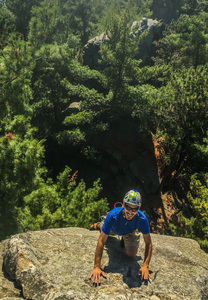 Justin all smiles as he tops out onto the best… 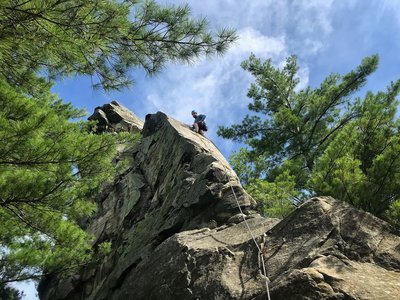 Alex soaking up the sun on Glass Balls. 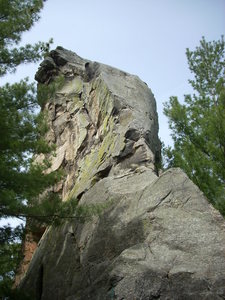 This is directly above Quarry Wall. I accessed… 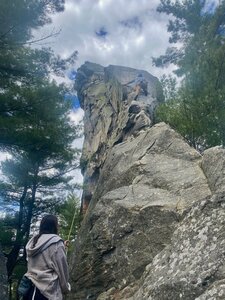 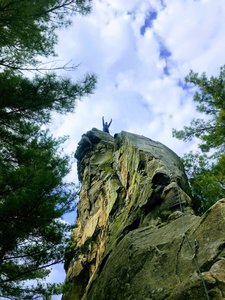