This climbs the pronounced, limestone-like tufa (the "Bone") in the middle of the north face of Dinosaur Rock. It's 30 meters long, and sustained as all hell once you step off the ledge below the Bone. The water action down the wall sculpted all the best holds right on the Bone itself - the scoops out left and right are blank, forcing Euro-style movement on this extruded feature.

The climb follows 11 half-inch bolts to a double-bolt anchor at the lip of the wall, out of the way of the East Face slab routes. We unclipped the first bolt after clipping the second, for rope drag, and used a long sling or two in places higher on the route, though they aren't totally mandatory. There is a sort of wedged block near the second bolt that we didn't use on the traverse - heads up with it. There's also a hollow toaster-sized flake near the jugs down and right of the last bolt - don't use that either (X on it). You don't need to use either of these holds.

To begin, scramble up the ramps, and then move right to left across the lower ledges. Once below the roof, start tugging and don't let go till the chains. For what it's worth, I think this is one of the best pitches in the Flatirons.

Many thanks to the Flatirons Climbing Council, Boulder OSMP, and the Access Fund for making it possible to establish new routes in the Flatirons.

This is in the center of the north face of Dinosaur Rock.

11 bolts to a double-bolt anchor. The first bolt is about 40 feet up but is reached via easy fifth class. If you get gripped on the dirty ramp, there's probably a little gear. 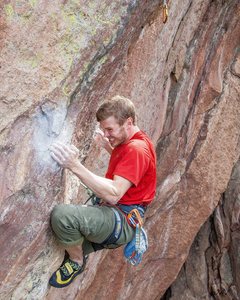 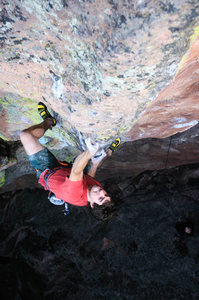 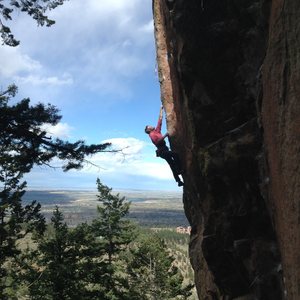 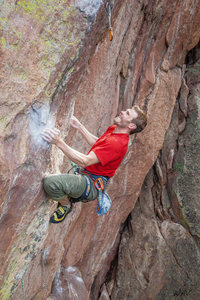 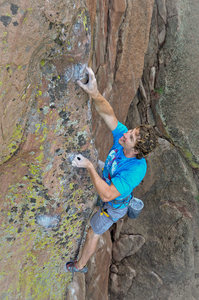 Matt McKee gettin' after it now that he has his… 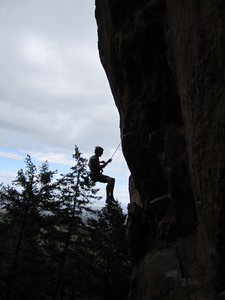 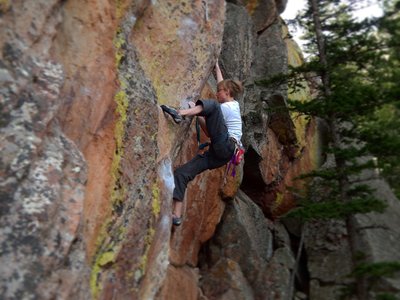 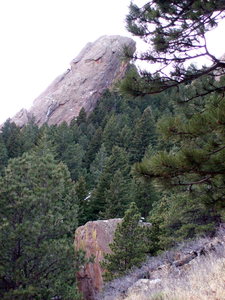 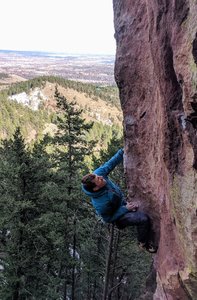