Summer can be brutal in the south of France, imagine hitting 40°c in the shade! Plan well, bring lots of water, take a look at the orientation of the cliff and as locals do, hide somewhere in the shade between 1pm and 3pm (you probably wont find anything open apart for a McDonald at those times).

The nice option during that heat can also be to join the crowds cooling themselves off in the Mediterranean.

As the heat and dryness increase, so does the risk of fires, they're extremely destructive and you can even be charged for smoking in the outdoors.

Stay informed with the local tourist offices (and pick up free wifi) for closed areas. Mind the creatures, you have some notoriously vicious wasps/hornets as well as scorpions and venomous snakes that inhabit the area.

Local multi-pitch selection guide book "Les 100 plus belles grandes voies de Provence" presents 100 of the best routes you can find within 7 mountains in Provence (grades 4c to 7b, bolted or trad).

Provence-Alpes-Côte d'Azur AKA PACA located in the South East of France.
This along with the Alps is probably the most known climbing area in France,

Occitanie
Previously called "Languedoc-Roussillon-Midi-Pyrénées". The area is very well known for its deep gorges, beautiful plateaus bordered by ominous cliffs.
It's pretty clear why the Protestants ended up building their fortified cities in this area during the religion wars (1562-1598).

Mountain Project's determination of the classic, most popular, highest rated climbing routes in this area.
More Classic Climbs in Provence » 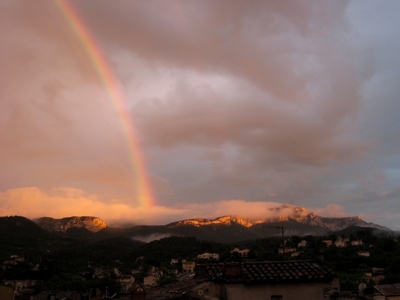 Looking towards Saint Baume from Auriol 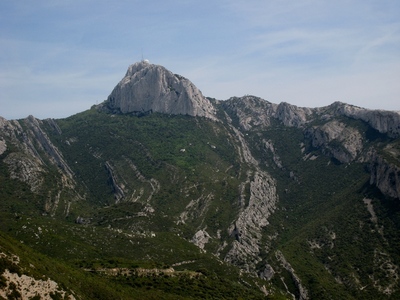 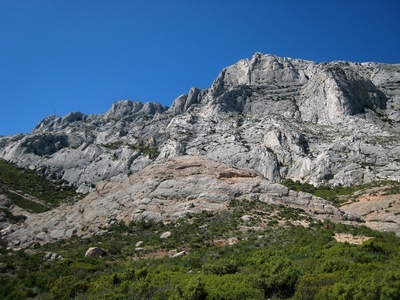 All Photos Within Provence