The famed San Francisco Peaks are a southwestern icon, spiritual home of the Kachinas, a sacred site to over thirteen different southwestern indigenous tribes, and named by each. The Peaks are also home of the tallest point in Arizona, which is Mt. Humphrey's at close to 13,000'. This beautiful mountain oasis is surrounded by deserts to the north, west, and east, and the worlds largest stand of Ponderosa pines seem to cascade away from the Peaks in all southernly directions like a living lava flow. These mountains are cherished by anyone who spends time in their depths and on their summits.

The Peak’s now have three small crags; The Hobo Jungle, The Peak’s Crag, and the somewhat remote Ghost Town. The Hobo Jungle has sport and trad routes on good dacite from 5.7 to 5.13 and everything in between. The Peak’s Crag is a beauty and nestled in a canyon on the western flanks. This isolated area is popular among locals as both good sport routes and trad routes can be had. The place turns magical during the fall months. Finally, Ghost Town is a newer addition which is approached by a five mile bike ride, which certainly keeps the “crowds” down. The place looks cool, but few have ventured out so far.

A stratovolcano formed over the course of some 2.8 million years, it had once built itself to an estimated height of 16,000'- 18,000'. Finally the pressure gave, and the volcano exploded and collapsed into itself forming the caldera of The Inner Basin, around 200,000 years ago.

The Peaks, as locals lovingly call them, hold a great network of trails, that will take you not only to the lofty summits, but through unique eco zones, aspen studded canyons, and radical ridges. The views, of course are outstanding. Whether you are looking north towards the Grand Canyon and the Painted Desert, south towards Oak Creek Canyon and Sedona, or admiring the expansive volcanic fields and mounds all around, you will have the sense of being in a holy place. And it it is. 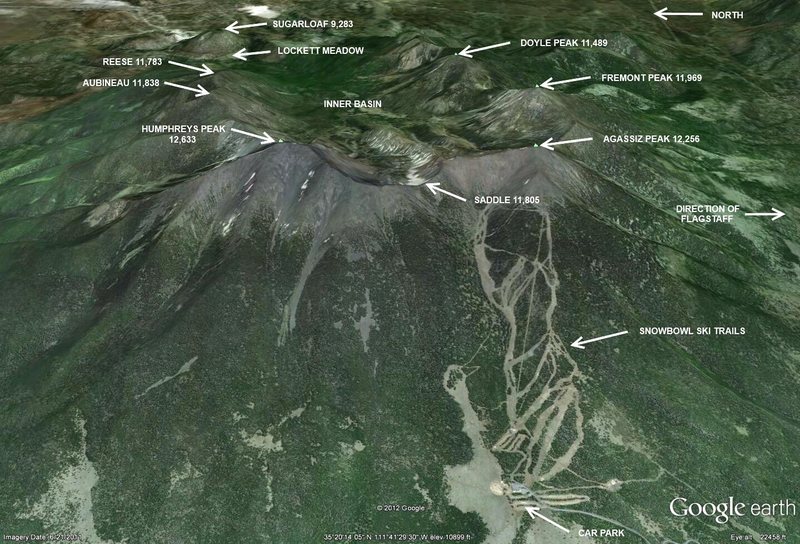 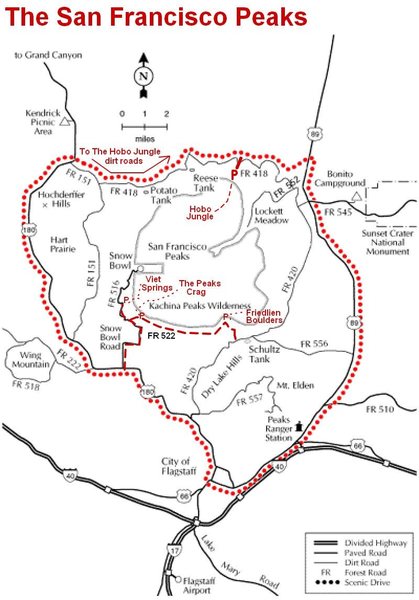 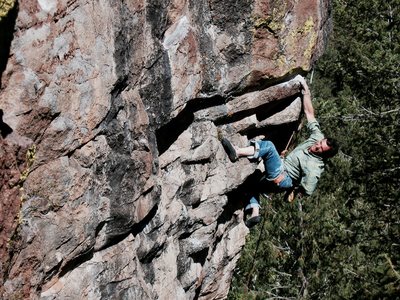 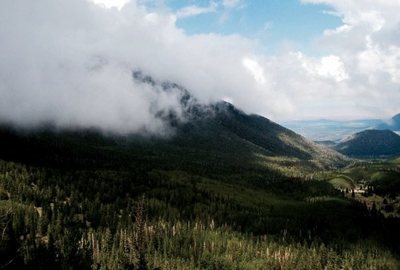 Storm rolling down into Lockett Meadow. 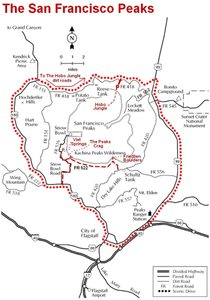 All Photos Within San Francisco Peaks