This route, also known as the North Face route, was first climbed in summer when it is mostly a 4th/low 5th route with a couple of 5.7 cruxes. However, in recent years it has become popular as a winter ice/mixed climb. In winter the route is highly conditions dependent and many variations have been climbed. If it goes then it will probably be in the WI3-4 and ~M4 range. Some of the variations could potentially be M5+. If it is in good winter condition then it is an amazing route and not to be missed, much more sustained and exposed than its more popular neighbor: Triple Couloirs.

The summer route is described in Beckey's CAG vol 1. The winter route starts with several options, the easiest being just right of the toe of the face and accessing a ramp that leads up and right to what should be 1,000+ feet of ice/neve finishing up through some runnels (5.7 corner in summer, easy ice in good winter conditions). This leads to the north face bowl, steep snow or granite slabs. The original rock route climbs the dome/tower between the Fin from the Backbone and the tower at the start of the third couloir on Triple Couloirs (also 5.7, harder mixed in winter). Typically winter climbers climb the shorter wall left of this to access the third couloir via a pitch of M4 climbing. The gully behind the fin has also been climbed at ~M5. Others have been known to traverse far right and climb one of the rock variations on the fin in summer. Which ever way you go it is a fun outing.

The lowest point on Dragontail's nordwand, between Triple Couloirs and Backbone Arete.

Winter: 4+ ice screws (a stubby can be useful), single rack, most people bring pitons but this depends on your preferences and conditions... probably a good idea. 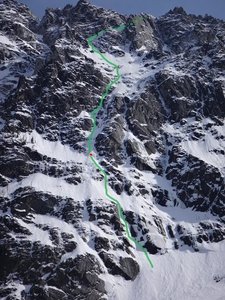 This is the route we took April 17th. I lead… 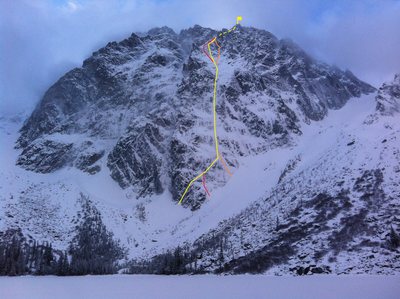 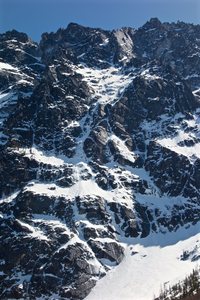 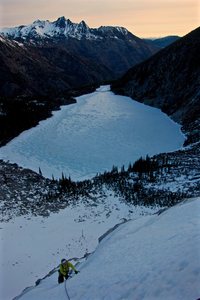 Approaching the bottom the Gerber-Sink. 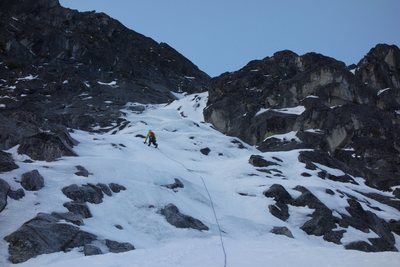 Rambling ice in the middle of the route 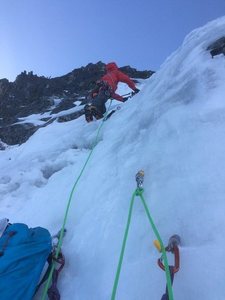 first pitch up in the rock band after roughly 8… 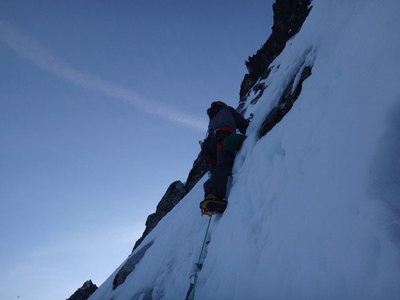 roughly 300ft into the route 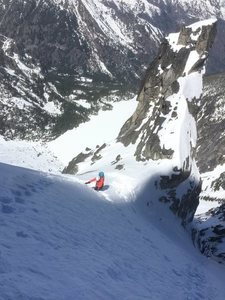 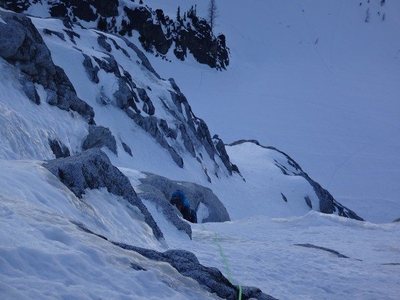 before the major pinch 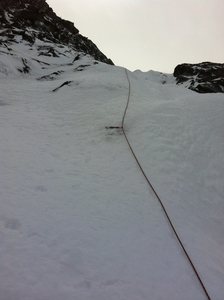 Several pitches up the Gerber-Sink in good cond…