The Black Dike is perhaps New England's most famous ice climb. For many a winter climber, an ascent of the Dike is a highlight of a season. From the parking lot, locate the obvious, sinuous line of ice up the deep cleft to the right of the Whitney Gilman Ridge. The Black Dike climbs this ice for three long pitches to the top of the cliff.

The approach is the same as for the WG Ridge, though expect it to take much longer if the talus is snow covered. At the WG Ridge, ascend the snowfield to the base of the ice. Belay here. Take your packs with you because the descent does not go back to the base.

Pitch one: This pitch is long, low angled, and sometimes lacking in protection. Climb thin ice, interspersed with snow patches, to a belay off of screws to the right of the famous (or infamous?) rock traverse.

Pitch two: The crux pitch. From the belay, climb up, place a screw, and head directly across the rock traverse. This traverse would be trivial without snow covering the ledges. However, the insecure dry tooling and snow-covered ledges make this traverse exciting. Sometimes, it's possible to bypass the traverse when ice forms straight down the runnel. This would require a lower belay station after pitch one, however.

After the traverse, head up on the ice runnel, past a fixed pin. Though it looks steep and ominous from the ground, this section offers pretty friendly climbing as it is possible to climb the ice, stem off the rock, chimney, or do a combination of the three. Belay off screws at a comfortable stance.

Pitch three: Climb up much thicker ice to the top of the cliff. This pitch tends to be much more moderate than the previous two.

At the top of the cliff, head up and left into the woods along a well traveled trail. This is the same descent for the WG Ridge. 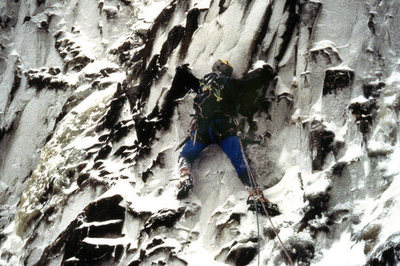 Traverse into crux at the beginning of the seco… 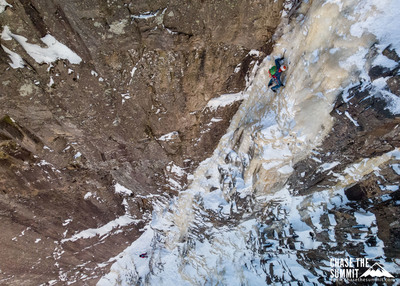 Me on the second pitch, shot by Dave Dillon of… 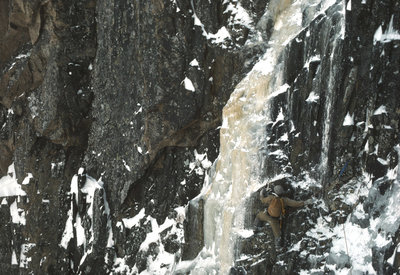 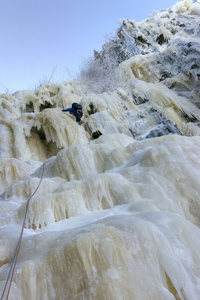 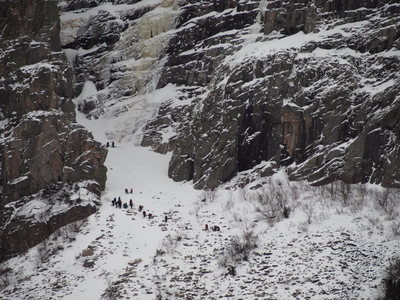 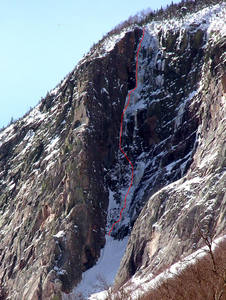 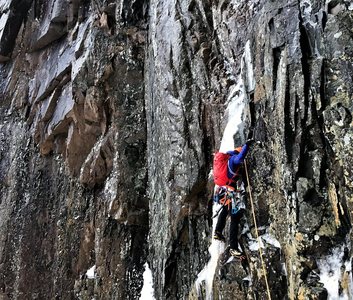 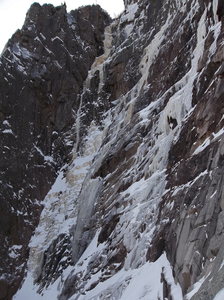 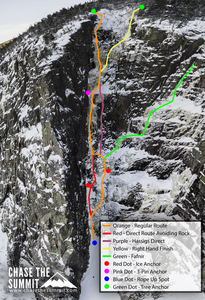 This photo topo was a joint effort between Dave… 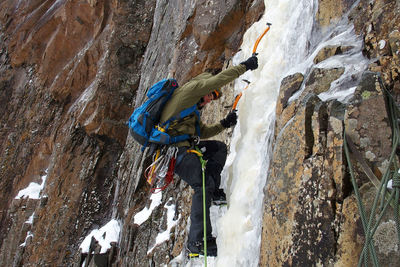 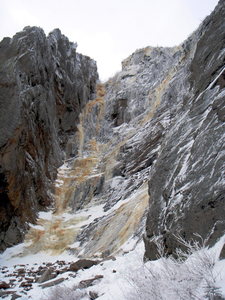 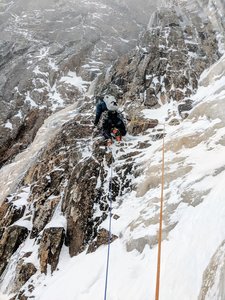