This is a long grind and a good intro to 5.10 offwidth. It is considerably harder than Grand Giraffe but much easier than Crack of Fear. The crux section is fairly short and well-protected, but it is followed by a long stretch of 5.7 - 5.8 chimney that is likely to be runout. This is route #2 on the Coke Bottle overview photo.

Ascend 20' easily to two side-by-side bolts which mark the start of the difficulties. The next 15' are bulgey and the crux of the climb. Several small holds on the left keep the climbing from being too desperate. A #5 Camalot cam be walked through most of this section, but be careful as the crack gradually widens. The crux is over when you grab a chickenhead on the right from which you can reach a bolt. Continue for about 20', offwidth widening to squeeze, to another bolt, using the crack and chickenheads on the right; shortly before the 2nd bolt a large chickenhead can be draped with a full length sling. After the second bolt the crack is squeeze chimney and wider; Big bros provide most pro opportunities though another #5 Camalot coult probably be placed near the top; at any rate, you probably want some sort of gear plan for this section as it is 40 or 50' from the last bolt to the anchors. Eventually you reach a ledge which has bolt anchors about 10' to the right of the crack. Belaying at the end of the crack, rather than at the bolts, provides a more comfortable and directionally superior belay; I used a medium nut and a #4 Camalot for this anchor but a variety of different sized pieces would work.

Note that much of the grunting and scraping can be avoided by stemming outside of the crack, an easier but much less secure option probably best utilized by the second.

At least 1 #5 Camalot (it would be nice to also have a #6 Friend) and at least 1 #3 Big Bro. Long slings. A couple of medium nuts for a directional at the end of the pitch. 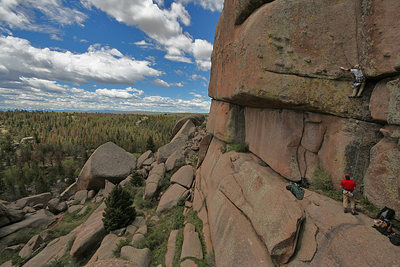 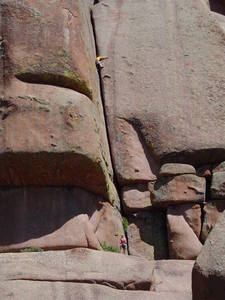 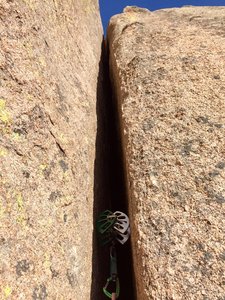 Get used to this view. 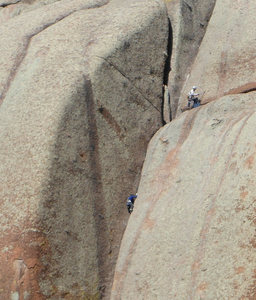 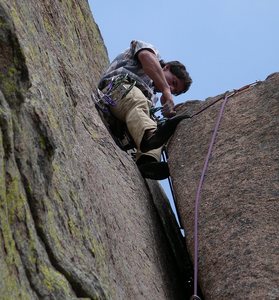 So many rests on Mainstreet.... Photo taken by… 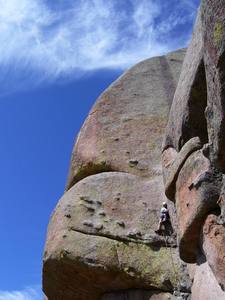 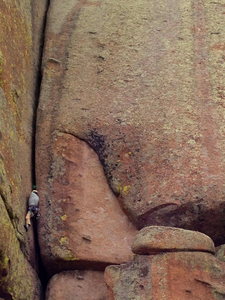 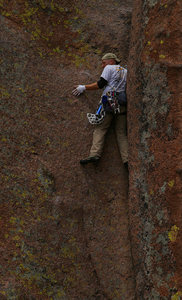 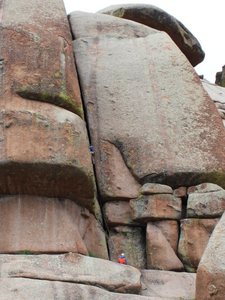 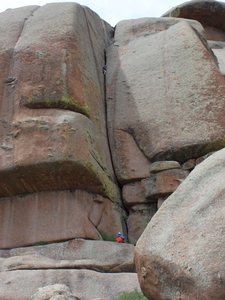 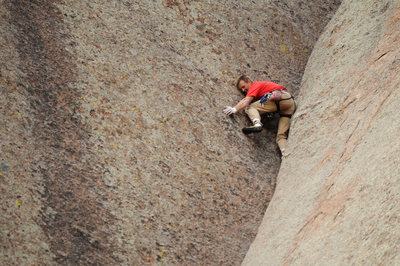 Rich working his way up Mainstreet. 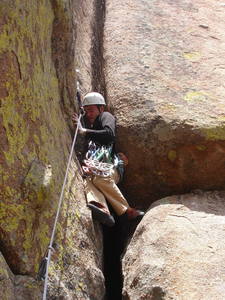