Almost everyone flies into Keflavik International Airport, SW of Reykjavik.

If you arrive and want to sleep right away, there’s a campground 15 minutes north. It’s in Gardur, next to the lighthouse. Cost is around 1200 ISK per person per night, and you pay at the café in the old lighthouse if it’s open.

Reykjavik is beautiful city situated 45 minutes from Keflavik international airport on a peninsula. We used a rental car for the climbing near by, about an hours drive. The rest of the time in the city we used our feet. The temperatures in Reykjavik was from bitter cold to a light jacket on either ends of our trip there.

Iceland is a gorgeous country with great wilderness and excellent climbing, whether it’s sport, trad, ice, mountaineering or bouldering that you’re after. The Ring Road, also known as Hwy 1, circumnavigates the country, and just staying on this road will lead you to plenty of climbing adventures. The optimal rock climbing months are June, July and August, with June historically being the driest month and having the added bonus of lupine and dandelions in bloom.

For the southern half Iceland, you can think of it like a two-layer wedding cake. The highlands are in the middle, surrounded by a plain that leads out to sea with fertile farmland. The northern half has the highlands, as well, but the lower tier of the wedding cake consists of many valleys and fjords leading out to the sea rather than a broad plain. The Fjords aren’t soaring rock walls like you think of when you picture climbing in Norway. These fjords are mainly enormous piles of volcanic rubble and scree.

Nearly all of the rock climbing crags consist of columnar basalt outcrops or cliff bands. There is a tremendous volume of bouldering opportunity spread around the southern half. In winter and early spring months, ice routes come in all around the country as the glaciers feed fangs of ice dripping down from the highlands into the thousands of valleys. There are plenty of alpine routes, as well, ranging from week-long hikes to technical ascents.

Iceland can easily be made part of a European climbing trip if you fly Iceland Air from North America. They allow up to 7 day “stay overs” in Iceland when you book for no extra charge on the plane ticket. If you have the time, you could plan a European climbing trip that has a week-long layover on both the inbound and outbound legs if you’re coming from, and back to, North America.

Camping is readily available and, so long as you avoid Lake Mývatn area, you can camp for free in farm fields along the road. Be respectful, though. Try to stay out of sight of people’s homes (they don’t want to look out their window at your bright orange tent). Bring a shovel/trowel to bury your feces. I’m not kidding: bury it.

Traveling on the main roads is easy and safe. But get the windshield and paint chip insurance package for a rental car. Nearly half of all rentals that are out for five days or more come back with stone chip damage. There are a lot of gravel roads, and the island is almost entirely made out of volcanic rubble: stones are flying on every roadway. If you rent a car, it and its fuel will your largest expense in-country, and food will be your second, unless you stay at the fancy hotels.

Rental cars come in three flavors: (1) passenger vehicle or camper van that’s good for driving you around the country on Hwy 1 and stopping at some climbing crags late spring to early fall. (2) 4WD/AWD passenger vehicle or camper van that you’ll want for winter travel around Hwy 1. (3) 4WD high-clearance truck or SUV for accessing the highlands for mountaineering and highland ice climbing--if you’re going to go this route, it might just be cheaper to hire a guide who provides the vehicle and food for you as well as takes you to the sweet spots and tells you about Icelandic history and magic elves.

You can literally drive around the entire country in less than two days if you really wanted to, but you wouldn’t see much out there. Plan for at least three days if you want to go to Hnappavellir, with over 100 sport routes including the hardest in Iceland: Ópus (5.13d). 48 hours in country is enough to climb everything at Valshamar. If you only have a day, you can still run over to Pöstin, about 2 hours from the airport, with 13 sport routes (5.5 - 5.10d) and a couple boulder problems.

There’s a ton of route information and approach beta at the main Icelandic climbing website,klifur.is. In the past, it has had access and server issues, but it is working again at the time of writing this. You can also use Google Translate on their site again, which had previously been blocked by Google.

Five climbing facilities cater to Icelanders, mainly focused on bouldering. The largest is Klifurhúsið (klifurhusid.is/) in Reykjavik. This is your best option for a climbing gear store.

Drinking water: Iceland is expensive to visit, and I recommend you filter or treat your water if you’re going to pull it from a stream rather than risk ruining an awesome trip with gastro. You can also fill up at bathrooms, campgrounds, or buy bottled water. Icelanders will tend to drink directly from any stream in Iceland, with two exceptions:

1) Streams that run through farms. They have livestock shit in them, and sometimes fertilizers. Don’t drink it unfiltered.

2) Glacial outwash. They’re very gritty and silted, and they will clog your filter quickly.

Basic camping supplies, such as stove gas, is readily available at gas stations.

There are two grocery stores on Hwy 41 as you head east from Keflavik Airport, and they are priced the same as other grocery stores around the island. Bónus stores, with the pig logo, are known to be slightly cheaper. Krónan stores are nearly the same price. These two stores share a parking lot about 3.2km east of the Keflavik roundabout.

Iceland has a lot to offer climbers, and not only with their rock and ice. Check it out and report back on your awesome adventures!

Mountain Project's determination of the classic, most popular, highest rated climbing routes in this area.
More Classic Climbs in Iceland » 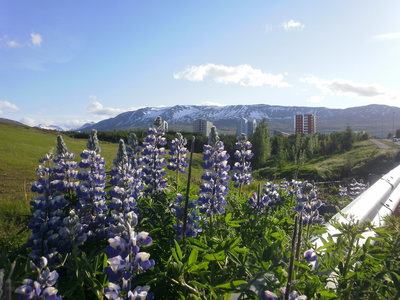 Lupine The whole country is covered with blue… 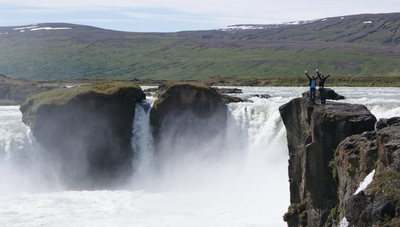 Godafoss in Northern Iceland One of the many m… 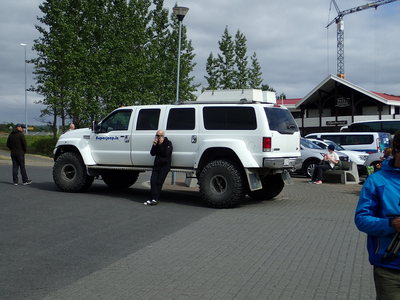 No, you don't need to rent something like t… 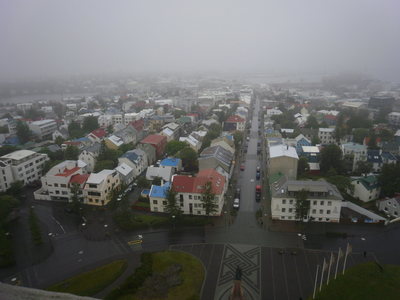 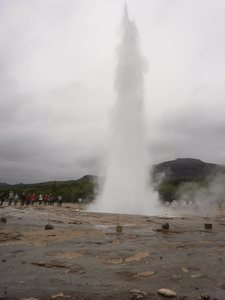 Iceland's "old faithful" There is so much ge… 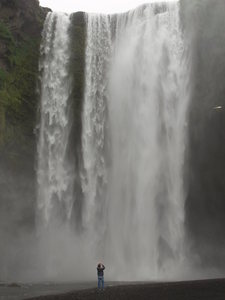 Skogafoss on the southern coast 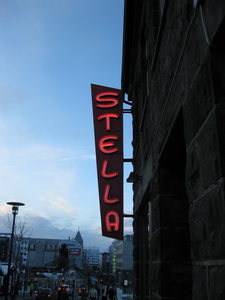 All Photos Within Iceland