The Chessmen Area is a sprawling collection of more than 50 routes. While climbs were established as early as 1979, the crag really blossomed in 2008 when Eric-Fazio Rhicard and Jim Scott started developing the area.

The Chessmen Area makes for an easy day of cragging due to its low elevation and proximity to the road. It has the opposite aspect of windy point. The main walls have shade until approximately 2pm. 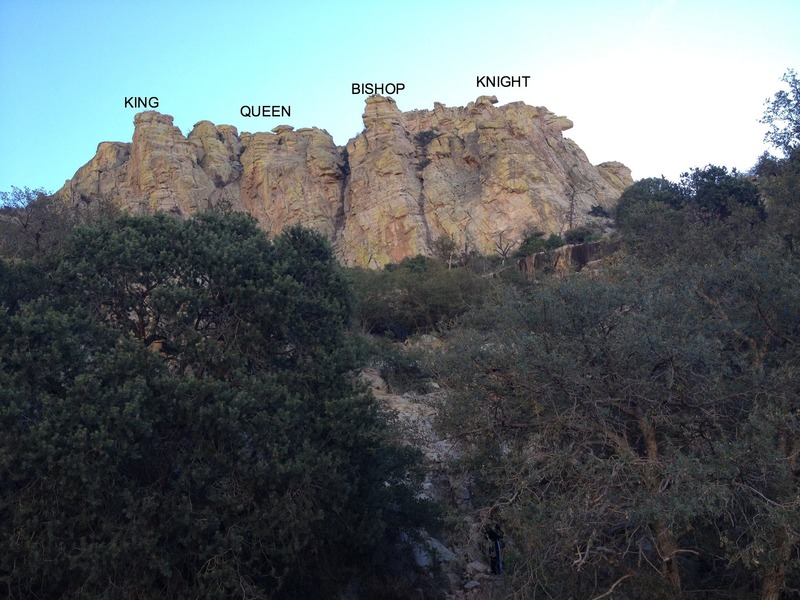 The breakdown of the area from left to right is as follows:

* Pawn & Chessapeak: The Chessapeak Wall, which is the south face of the Pawn, contains ten routes ranging from 5.6 to 5.10-. A number of the routes are traditional or mixed. Additional routes such as Hour of Power and The Phalanx are in the vicinity.

* King: Thirteen traditional and sport lines ranging from 5.9- to 5.12+. Serf's Up (5.12-) on the Rampart and Kings Arete are classic. This area includes the King's Rampart sector.

* Queen: Five routes, one of which is gear protected, ranging in difficulty from 5.10 to 5.11+. Two Kings And A Pawn is a Mount Lemmon modern classic.

* Bishop: One gear, one mixed, and five sport routes comprise this sector. Grades range from 5.10- to 5.12-. Heelium and Flogging The Bishop are popular 5.12- lines. Nuts And Bolts is two pitches, the first of which is mixed.

* Knight: The six front-facing, sport lines range in difficulty from 5.10 to 5.11. Knight Owl and Knight Maneuvers are considered the best. The four traditional and mixed lines on the south face are 5.6 to 5.9+ and all are R rated.

* One Day Wall: Seven moderate sport and traditional routes with difficulties ranging from 5.6 to 5.9-.

When driving up the Mount Lemmon Highway pass the Seven Cataracts Vista, continuing a quarter mile. At approximately mile mark 9.4 park in a small, tree-lined pullout on the right that has a drainage.

Disembark and hike straight up the rocky drainage for approximately 15 minutes. The strenuous hike involves a small amount of scrambling but is over soon enough. A fork near the cliff divides the Queen and Bishop sectors. The former is reached by the left, uphill fork; the latter by the right, level fork.

This is also the currently accepted approach for the Pumphouse and the Andy Cook Wall. 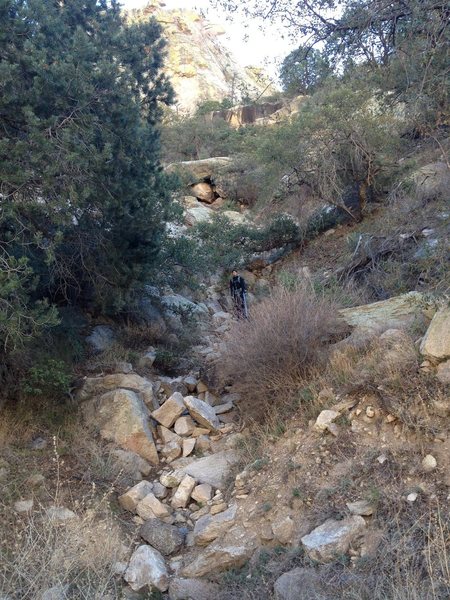 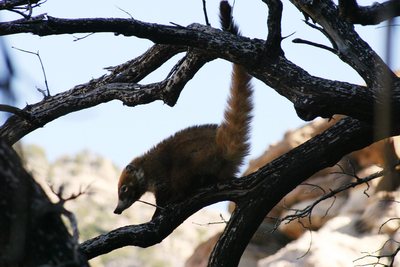 The guard Coati patrols the Super mega Secret a… 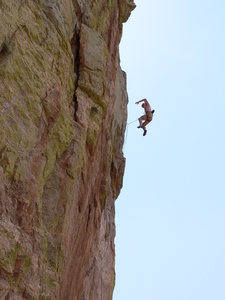 Vince "do not multi-task me" on his way down af… 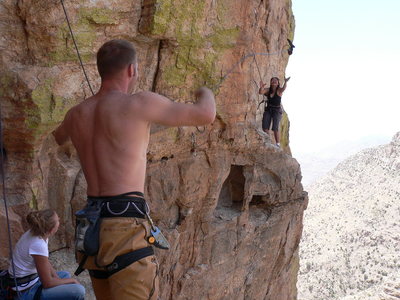 Don't forget your shoes unless you have this cr… 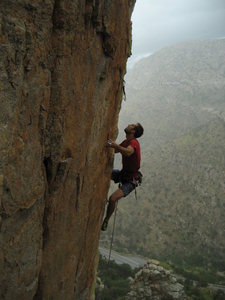 An aspirant to nobility preparing for the toss… 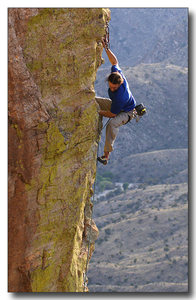 Adam Block joins the elite group who have sent… 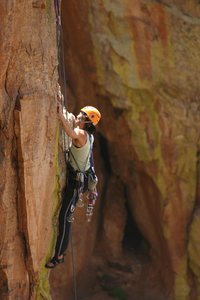 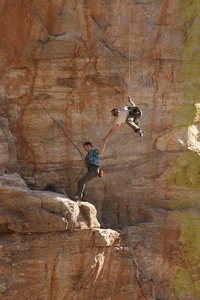 Steeper than you think. The Catalonian gettin'… 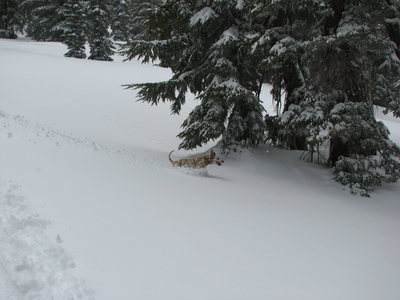 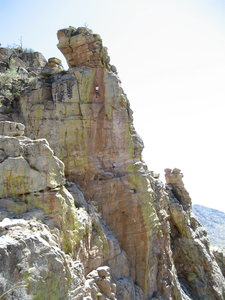 Aleix Serrat-Capdevila on the King's Crystal 5.12. 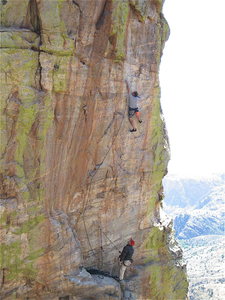 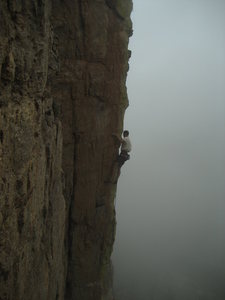 An hour later, towering in the mist, same touri… 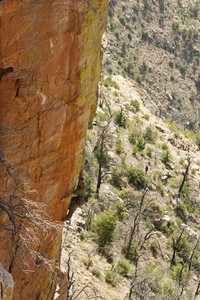 All Photos Within Chessman Area