A long-time Alabama climbing institution, Sand Rock has had a colorful and sometimes dubious history. For many years, it seemed that lowlifes were in direct competition with climbers. Sand Rock was a destination for ATV riders, drunken late-night partiers and other examples of southern stereotypes. Broken beer bottles and overturned portapotties were common sights, and the cliffs were despoiled with spray-painted graffiti.

In recent years, the aesthetics of Sand Rock have vastly improved. Ownership of the site was taken over by Cherokee County which turned it into a county park. Sand Rock now has on-site managers, improved parking, picnic areas, a playground for kids and a nice bathhouse. Much of the litter and graffiti has been cleaned up.

Sand Rock is an excellent destination for climbers at any skill level. Its free-standing pinnacles offer an amazing variety of climbing, ranging from easy toprope jugfests, to crimpy face routes, to fine crack lines. Sport routes run side-by-side with tough trad climbs. Beginners can get easy access to set up topropes, and there's a plethora of good bouldering problems. And the many different areas are spread out enough that you can almost always find a place that isn't crowded. The approach is one of the shortest and easiest in the south -- walk about 100 feet from your car and you'll find yourself at the Pinnacle or Holiday Block.

Climbing at Sand Rock goes back to 1972, when the prolific Rich Gottlieb and friends began snagging FAs on routes like the classic Comfortably Numb. In the 80s, climbers like Curtis Glass, Gene Smith and others established numerous trad lines. Later, bolted routes became more acceptable, and poorly-protected sections of cliff began sprouting sport routes, including the Sun Wall favorite Misty. Johnny Arms has been a major source of new routes since the 90s.

Admission to Sand Rock is currently $7 per car per day. Camping is $18 per night and abundant near the parking lot and along the entrance road; be sure to register at the park office if you plan to camp.

From Atlanta, take I-75 north toward Chattanooga and exit at Hwy. 411/20 (exit 290). Follow 411 toward Rome, bypassing that city; outside of Rome, turn right on Hwy. 53 (and 411). Continue through Cave Spring and Centre, AL to the town of Leesburg. Turn right on Hwy. 68 and follow this road almost three miles, watching for signs for the village of Sand Rock. Turn left on County Road 36 and continue about a mile and a half to CR 70 (you should see signs for Cherokee Rock Village). Turn left on 70 and continue up the mountain ridge to the Sand Rock parking lot. 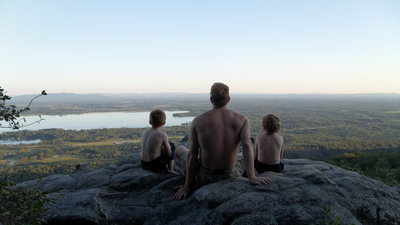 The peaceful side of Sandrock 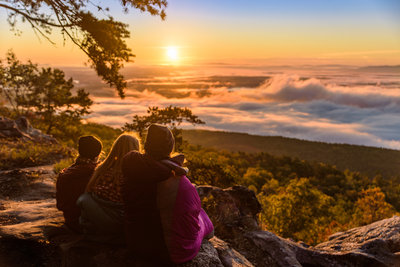 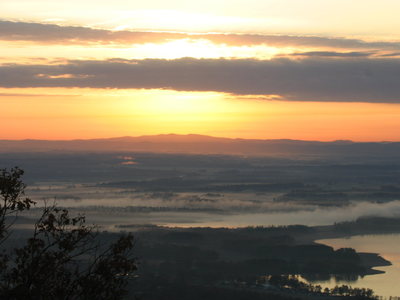 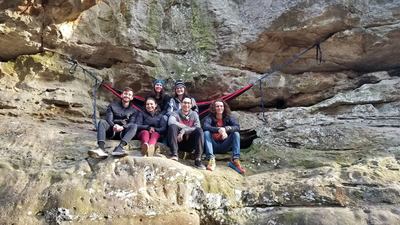 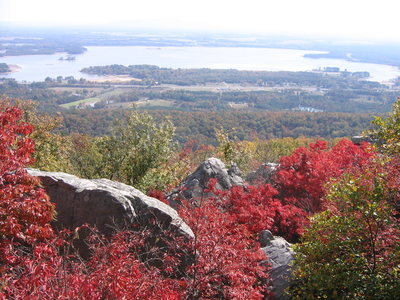 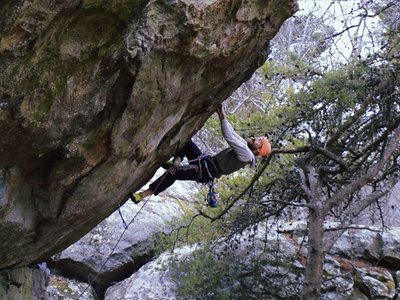 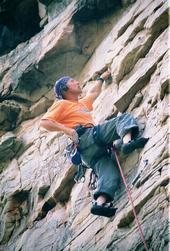 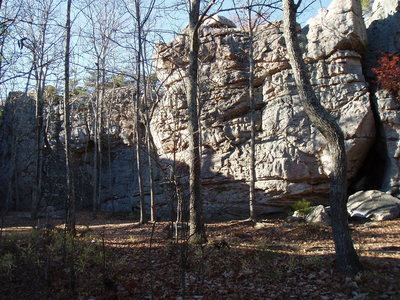 This is West Side Block. Has tons of easy topr… 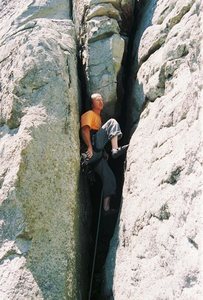 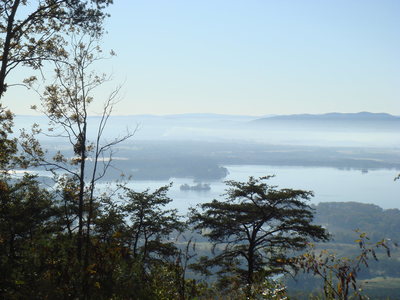 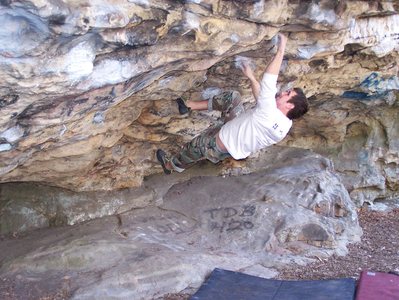 Me on a fun, long V1 problem @ Sandrock

All Photos Within Sand Rock