McGregor Slab is a large dome high above US Hwy. 34 as it leads out of Estes Park towards the north (Fall River Road) entrance to RMNP....it is at the RMNP village campground and lodge, just look north and up slope and you cannot miss this large, 700 foot dome with numerous dihedrals running up towards the summit. Many easy to moderate climbs of 5 and 6 pitches lead to the impressive summit...the rock quality is good and the climbing is less than vertical but fun, and routes are long. It is popular due to the easy/moderate routes available but still much less popular than Lumpy Ridge climbs. The elevation of the parking area is 8200 feet.

Addendum: watch for ticks here in the spring.

Park at the Fall River Visitor Center/village lodge parking lot, cross street, hike east of the new lodge/cabins up a gully, and follow obvious path that leads angling left and uphill for 30 minutes to the base of the crag. The trail starts in a gully: 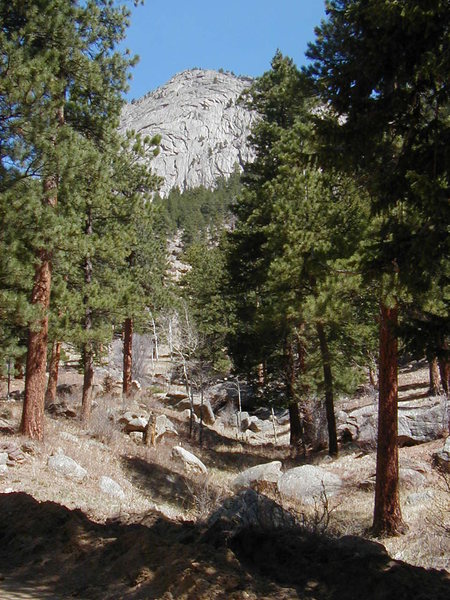 Hike up this ravine to east of Della-Terra (campground now defunct 4/09).

Per Ross Swanson: 2016 update - start just above pavilion on EAST side of new lodge.

Per Greg Sievers Update 4-09:
1. The campground is now defunct.
2. The new Della-Terra lodge owners are very cool about climber access.
3. Do not park on the Della-Terra paved areas.
4. Parking available in NPS lot on south side of highway
5. Parking also available in Highway roadside dirt lot.
6. Hike up ravine to east side of Della-Terra lodge.
7. All climbers that choose to top-out, I would recommend descending to the west. Some guidebooks say east; but you'll hate that choice.
8. Restrooms & water (and snacks) available at NP Village North next to RMNP visitors center across the highway. 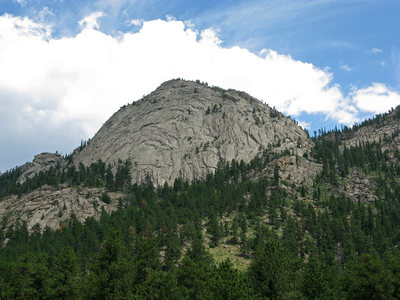 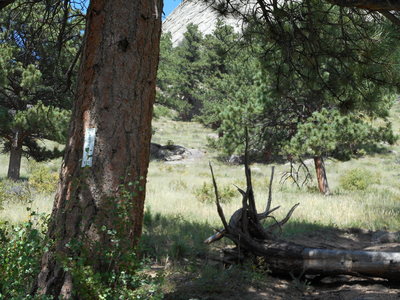 We found this RMNP boundary sign on a tree mark… 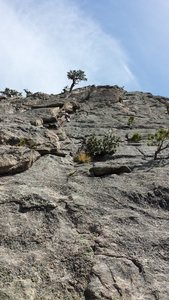 A start for Left Standard on McGregor Slab. 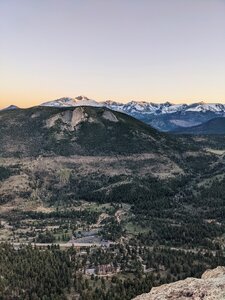 A view from the top at sunset. 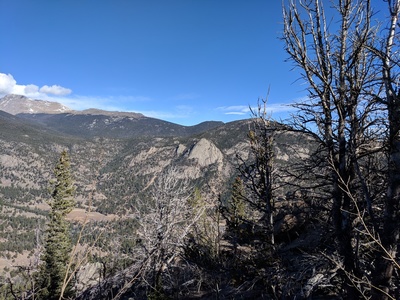 McGregor Slab as seen from high on Deer Ridge. 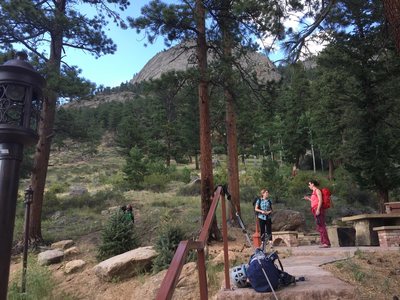 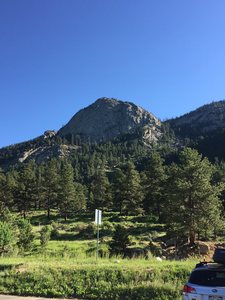 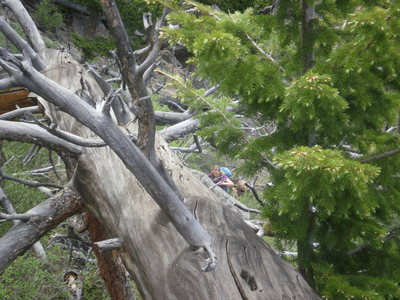 What's wrong with this approach? This is where… 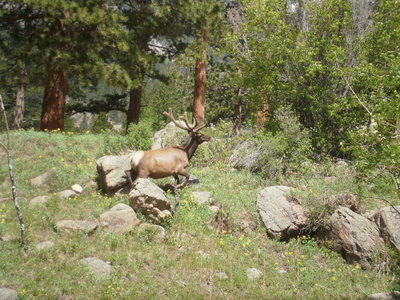 A few of these guys were hanging out on the trail. 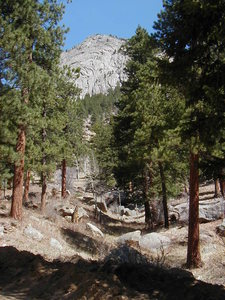 Hike up this ravine to east of Della-Terra (cam… 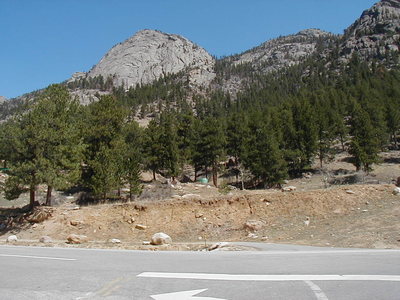 Roadside parking on north side of US Hwy 34. Ap… 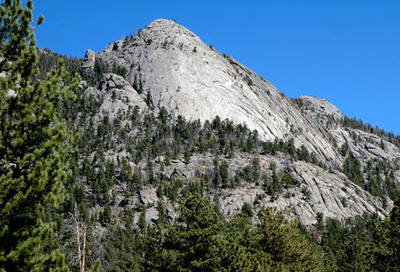 All Photos Within McGregor Slab