A beautiful, white northeast-facing wall which starts as a slab and steadily rises to vertical, Spearhead is surrounded and dwarfed by taller mountains in the center of the Glacier Gorge Cirque-- one of the most beautiful spots on earth. Expect clean, sharp flakes and cracks, as well as some brilliant face climbing on the harder routes. Sykes' Sickle is possibly the best 5.9 in the Park (and the Sickle itself, a huge dihedral/roof on the upper part of the face, is a good route-finding landmark), the North Ridge (5.6)  is a classic moderate alpine ridge climb, and there are numerous excellent climbs in the 5.10-5.12 range, including the Barb (III 5.10). Spear Me The Details and All Two Obvious are sought-after face-climbing test-pieces in the 11+/12- range, and Stone Monkey (5.12a) is a stunning crack that apparently does not get attempted often.

Spearhead's summit is as wild as it gets in the Park, especially considering it can be reached by non-technical climbing. It's composed of giant stacked blocks that overhang the center of the fact. It's worth the ~5 minutes it takes from the top of most routes to scramble up and check out.

Descent: from the summit, or from routes that end west of it, descend third class to the SW, down scree and slabs, taking care to go far enough left so as not to be cliffed-out. Some routes on the left half of the face end on a ledge which provides access to a fourth class descent on the mountain's east flank. This is the best descent for any route that starts on the left side of the wall. Again, take care not to get cliffed-out. If you do it right it ends on a ramp system which spits you out near the northeast corner of the cliff.

There is also a mostly-bolted rappel route (two ropes) that starts from the top of the route All Two Obvious. The first anchors are just below a ledge where the east-side fourth class descent route begins, and they would be hard to spot unless you know where to look. I am unfamiliar with the condition of the anchors, aside from the top three anchors, which are on the last three pitches of All Two Obvious and are in good shape. There is a topo for this rappel route in Richard Rossiter's guidebook to The Park.

Park at the Glacier Gorger Junction trailhead (a mile below Bear Lake), and follow signs to cliff-ringed Black Lake at 5 miles. Head east above the Lake on a faint trail until you reach tree-line, then cut back south to the base of the now-obvious cliff across slabs and meadows.

Mountain Project's determination of the classic, most popular, highest rated climbing routes in this area.
More Classic Climbs in Spearhead » 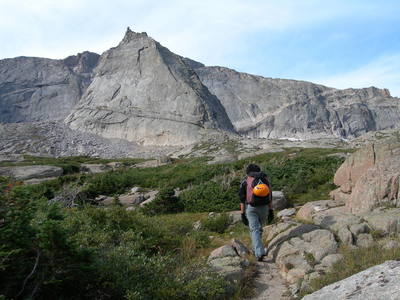 Larissa Phillips on the Spearhead approach. 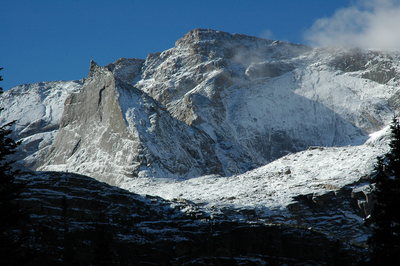 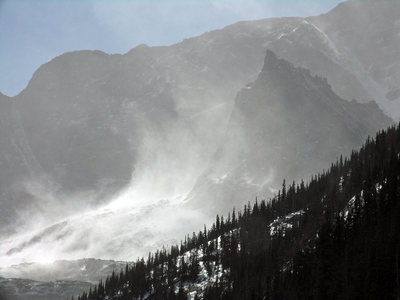 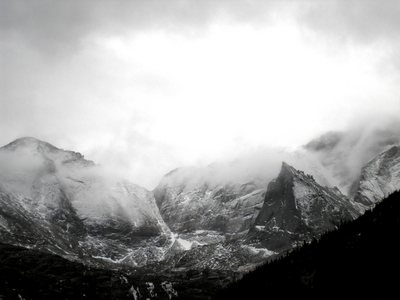 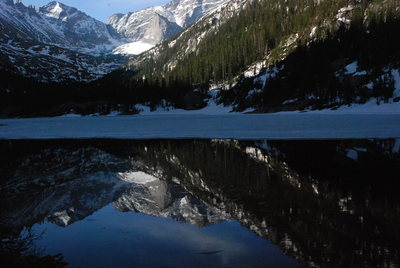 Spring snow on the way into Spearhead. 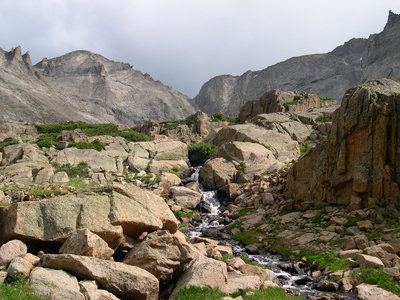 Entering Glacier Gorge with Pagoda in the foref… 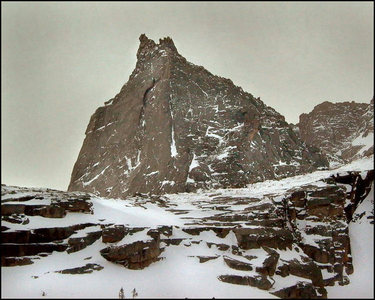 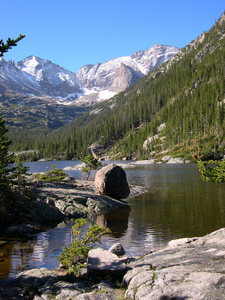 The Spearhead from Mills Lake 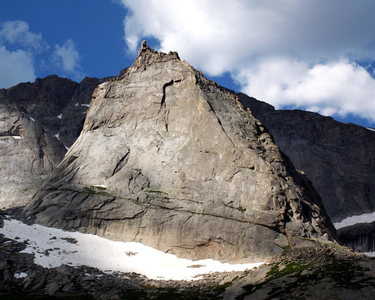 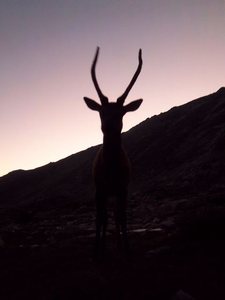 Elk getting up in our faces at Spearhead bivy. 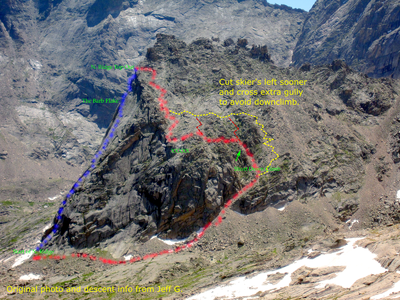 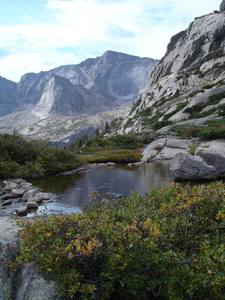 The Spearhead as seen from the base of Arrowhead

All Photos Within Spearhead