Approach via the White River Campground/Glacier Basin Trail.  Around 6700 ft, break right off the trail and ascend snow slopes to St. Elmo Pass (7400 ft).  From the pass, descend onto and cross the lower Winthrop Glacier to the broad slopes of Curtis Ridge.  Traverse around Curtis Ridge, aiming for the ramp onto the Carbon Glacier at about 7300 ft.  There are many good bivy sites in the vicinity of this access gully.

From Curtis Ridge, drop onto the Carbon Glacier and ascend south towards the toe of the ridge.  After negotiating the cracks on the Carbon Glacier, start scouting your access onto the ridge (either side can be accessed around 8600-8800 ft). Climb 30-40 degree snow slopes and traverse scree and rocks up to Thumb Rock at 10,500 ft.  Several bivy sites exist in the saddle just above Thumb Rock; beware various objective hazards from both Thumb Rock itself and the rock bands above.

From Thumb Rock, either go straight up a short ice pitch (70-80 degrees) in the center of a rock band, or traverse up and left around the cliff. From 11,000 to 12,000, stay on or near the crest of the ridge and climb increasingly steeper slopes and maybe a few icy sections up to 50 degrees. At 12k (Black Pyramid) go east (left) out onto the east face of the ridge on exposed snow/ice faces up to 60 degrees. Climb several pitches of 40-60 degree ice and negotiate steep glacier travel until gaining the Liberty Cap Glacier around 13,500 ft. Seasonal bridges and icy ledges provide passage up onto the glacier - be prepared to climb a few short (5-8 ft) vertical ice sections to surpass the bergschrund and other cracks. Once through, the slope angle decreases until the Liberty Cap summit is reached at 14,112 ft. Either head down from here or go across the broad plateau to a col (13,600 ft) and then on to Columbia Crest at 14,411 ft.

Many parties descend the well-traveled Emmons-Winthrop route down to Camp Shurman.  If traversing directly from Liberty Cap to the Emmons, stay high (above 13,600 ft) to avoid some large crevasses on the upper Winthrop, and begind descending only after reaching the Emmons route bootpack.  Descend the Emmons to Camp Schurman at Steamboat Prow, then ascend the prow via its south side towards Camp Curtis and the upper Interglacier.  Descend the Interglacier to glacier basin, and then retrace your steps back to the trailhead.

4-6 screws and a few pickets 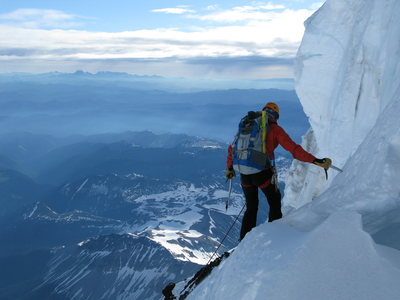 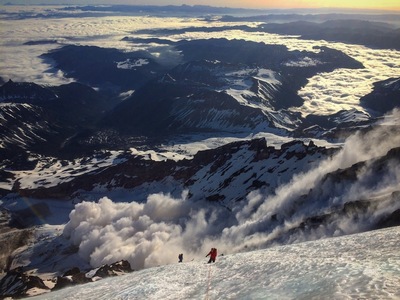 Avalanche from the Willis Wall, May 2018. Photo… 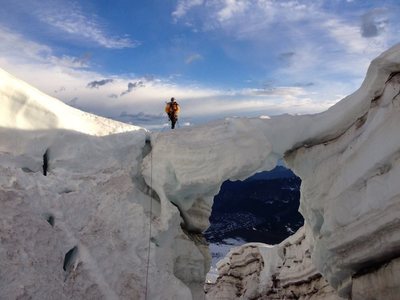 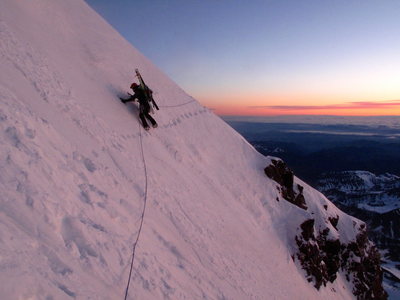 Coming over the "rock step" at dawn in spring c… 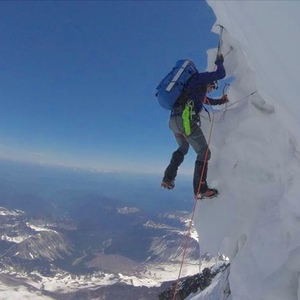 Climbing above the Bergschrund on the Liberty R… 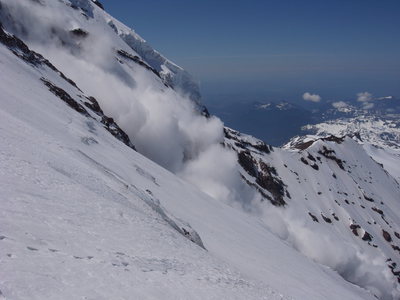 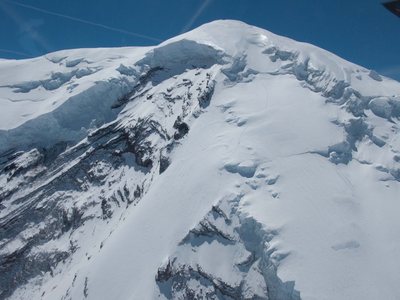 Awesome pic of climbers at the bergschrund / to… 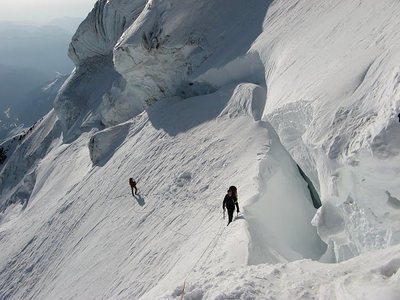 Crossing the bergschrund before the final ice p… 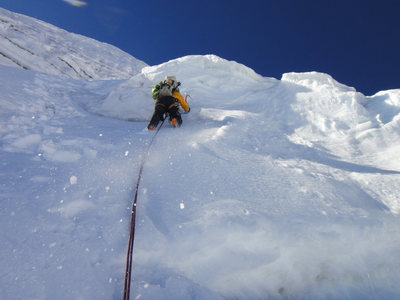 Myself getting over the Liberty shrund 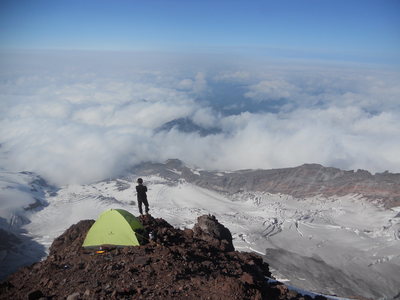 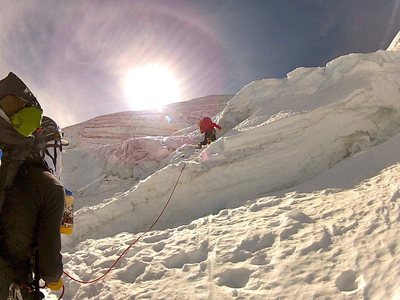 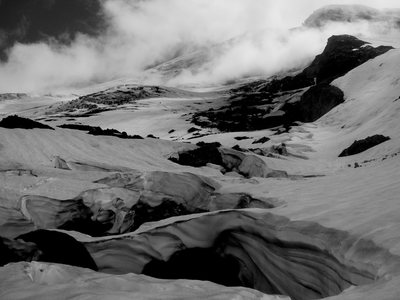 i love this stuff! beautiful