A very large cliff, 5 or 6 pitches high on the main area(s), although many climbs are only two pitches. The AREAs have a prefix "1_", "2_" so that they sort in left-to-right order.

Mostly reasonable rock, although protection may be sparse and grades may be "old school". Paul Cormier and others have established several routes and there's probably space for more.

Recently the "Chinos" have extensively developed the "Lost Boys Area", a short but steep section of cliff on the far right, and they have graciously shared that information on this site. Thanks! (Both for the development and the sharing!)

Amazingly, you can drive to within 20-30 min's walk of the base of the more "popular" climbs, yet the cliff is rather isolated and the chances of finding anyone else there are remote-to-non-existent!

The most "popular" climb on the Main Slab seems to be "October Sundae", which has double bolt anchors, and/or tree(s), for rapping with doubled 60m ropes.  ( The rap tree for the 2nd to last rap has fallen over, but a new tree down lower in the tree island has been slung for rapping.)  See photo labeled "Main Slab Rap Lines" posted in the "Main Slab" area and copied into some of the routes themselves.

The "New England" website "NEClimbs.com" has a fair photograph with routes, although the photo suffers from a poor route-numbering-"system".

The GPS co-ordinates for this AREA are currently set for approximately the base of the climb October Sundae.

Directions:   Take Rt 16 north through Gorham and towards Berlin. When approaching Berlin, bear right onto "Truck Route 16". Go past a nice park on the left, through a traffic light and past the landfill (on your right.) Just beyond the landfill, take a right onto Success Pond Road. Go 4.7-4.8 miles and take the right. (here's where the washout has been repaired.)

Almost immediately there’s a branch going right, take the "straight ahead" option.  When the repaired section (about 150 yds/meters) ends there is one culvert and a short distance of road that you'll be happy to have high clearance (but 4WD not needed). The first 50-75 yds/meters of the road after the repaired section is, by far, the worst. Some brush cutting (2020) has occurred so there's now less "brush scratching" of your car.  Go about 0.5-0.6 mi to a wide spot and continue "straight", then in about a 1/4 mi. take a right (this is the "lesser traveled path" and is quite "grassed over" now)  and in another 0.1 mile or so take a left at a "Y" ( going right leads to "Lost Boys Area") for a total of about 0.9 - 1.0 mi. to park.

The cliff should be visible from the parking. 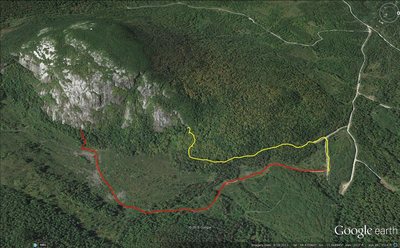 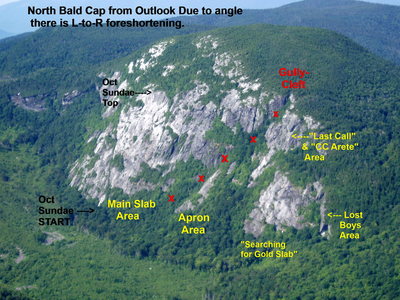 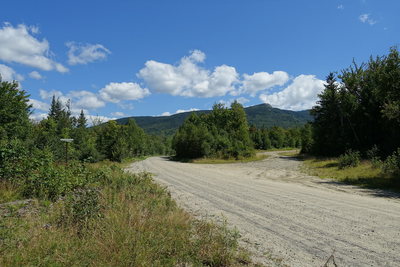 This is where you turn off from Success Pond Rd… 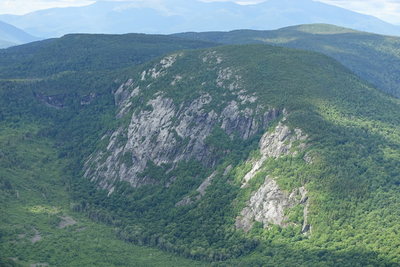 North Bald Cap as seen from The Outlook 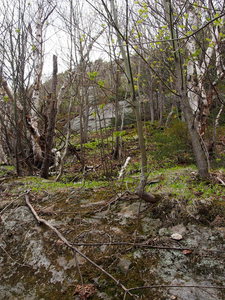 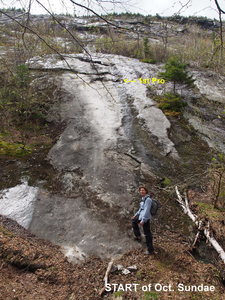 S. Matz at the START of October Sundae in early… 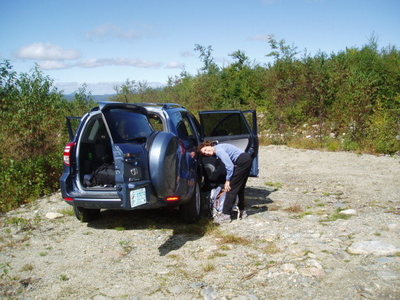 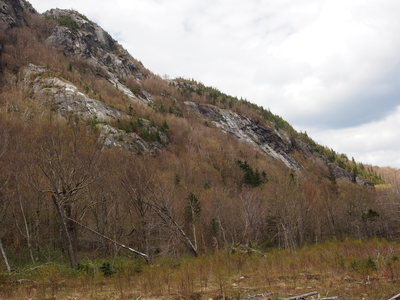 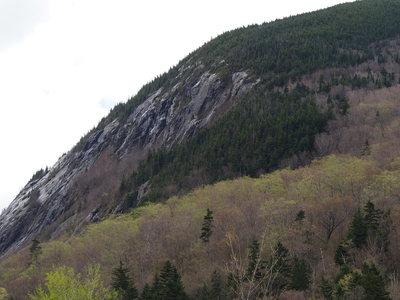 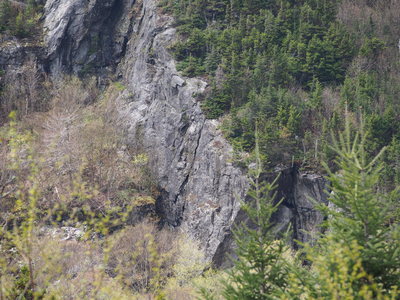 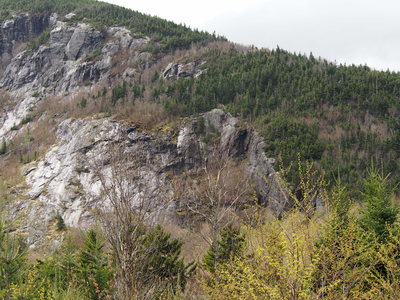 Right side of "Right Section" from about 10 min…

All Photos Within North Bald Cap