North Bend is the primary climbing destination for Seattle climbers and is the stepping point for a huge variety of climbing. That being said, 95% of visitors are interested in the 700+ fully bolted sport climbs scattered up and down the Snoqualmie valley within 15 minutes of the town. The other 5 percent may take an interest in the alpine granite adventure in the Middle Fork, Washington's only drytooling, or the selection of recently developed bouldering.

North Bend sport climbing is fairly varied from grade range to rock type to angle. The stone is a heritage to the volcanic history of the state's geology, a metamorphosed andesite that is generally hard, fractured, and brittle, but ranges from gritty and textured to slippery and polished. Near the eastern edge of the climbs it begins to mix with the core Cascade granodiorite, but mostly it is steep, juggy, smooth and unpredictable in sequence.

The climbing season generally begins in April and lasts till mid October, with the best conditions likely in June. Year round climbing is possible but learning which routes seep and which routes dry quickly takes time. Rain shuts down any consistent climbing season from November to March, but freezing winter weather isn't common.

While there's a decent selection of beginner and moderate routes, the quality really begins to increase at 5.10+ and up. The grade concentration is a bit odd at times, with occasional 5.9s next to 5.12s. However for the best 5.12-5.13 concentration there's only a couple cliffs that qualify.

Much of the cragging requires only a 60m rope and a dozen or fewer quickdraws. Fixed draws are common only at the few walls where you might need a 70m. A few routes in the better rock patches offer enjoyable crack pitches for which a double rack to 3 inches will almost always be suitable.

The local ethic is generally to lower off both chain and fixed draw anchors, especially as many steeper routes are difficult to clean on rappel. However ALWAYS toprope through your own gear.

The town of North Bend has full amenities like grocery stores, gas, auto parts, etc. The Dairy Freeze is a classic burger joint and the Little Si Restaurant and Lounge a good fine dining option. Bakery is worth a visit as well. If you're a fan of Twin Peaks, keep an eye out for the Double R as well as some inspired route names. Plenty of swimming options in the South Fork Snoqualmie which runs fairly near every parking lot for the sport crags.

I-90 exits 32 (for North Bend proper, Rattlesnake Lake and the Middle Fork area) and 38 (for the obvious) 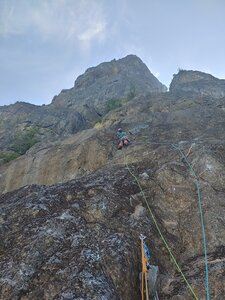 Figuring out Pitch 3 on a ground up FA. 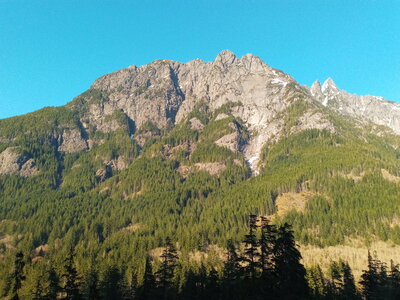 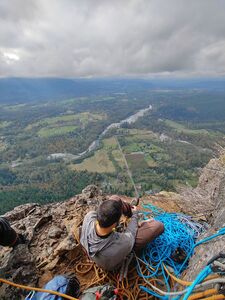 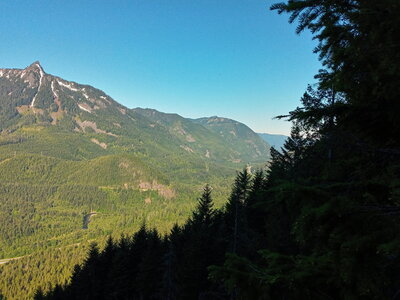 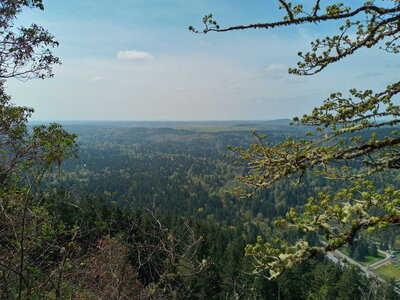 Exploring in the Issaquah area 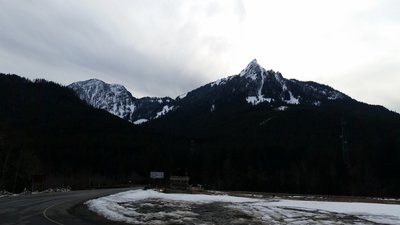 North face of Mt Kent and the horn of McClellan… 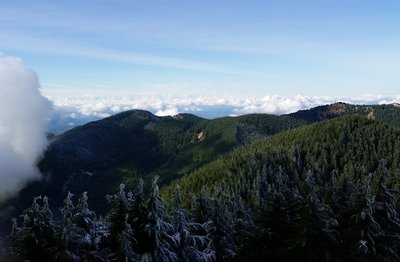 From the summit of Mt Teneriffe 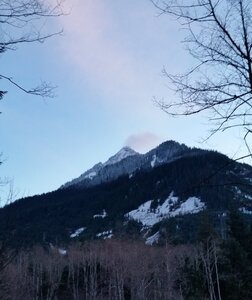 Winter McClellan Butte from the Far Side trailhead 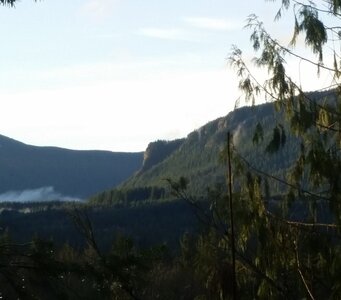 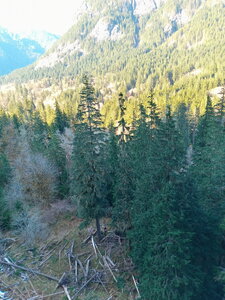 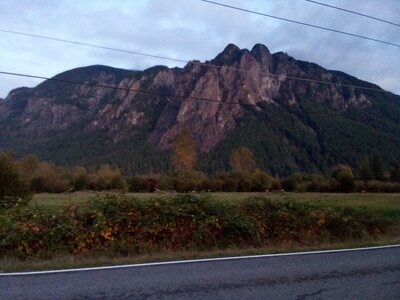 The daunting face of Mt Si

All Photos Within North Bend & Vicinity