Areas in North Side

The North Side is the stunning spread of columns and corners on the typically sunny side of the canyon. Being south facing, the climbing season is a bit shorter due to the heat of the summer, though spring and fall temperatures are excellent.

Currently most of the routes are in the moderate to 5.11 range, with several long 5.10s that are often regarded as heroic climbs. The list of 5.12s is starting to grow, however. Also home of the proud Unema testpiece, "Surviving the Times, 13+", likely Volunteer's hardest.

The majority of the North Side currently is separated into seven main walls. From one zone to the next is generally short sections of very poor quality and loose rock that most likely have never had climbing routes.

From east to west (as one would approach from FR527) or Right to Left as viewed from the South Side:

*Tralfamadore Wall - holds some of the longest and cleanest of moderates at Volunteer, including Beautiful Day (5.8) and its namesake. Identifying landmark of the area is the Tralfamador roof, which you get a glimpse of when walking the rim.

*The Middle Ages - the stretch of routes that reside in the middle of the North Side. One identifying landmark when viewed from the South Side is the furthest west dark brown and black stains between Bertilak and Green Knight.

*Cwm Laude Wall - Unfairly dwarfed by the height of the rest of the wall, this wall currently holds high quality routes in the 60-80ft range (taller than Paradise Forks' Pillow Wall for perspective). This is the bright yellow, columnar basalt your eyes would be drawn to when viewed from the South Side. One identifying feature for the start of the wall, frankly, is the large white bird poo stain near the lip, under an A-frame.

*The Hobel Wall - just past the dubious super marios type columnar step stones from the Cwm Laude Wall is a wall more reminiscent of Paradise Forks, which currently only has a couple of documented routes.

The descriptions for individual areas identify landmarks on the rim to help you locate them and the tops of the routes. With either side of the canyon, if its your first time, one method to identify routes is to send your partner on the other side and guide them to the tops, using the overview pictures.

You can park off the main road, or park on the South Side and it is a short walk around.

Classic Climbing Routes at North Side

Mountain Project's determination of the classic, most popular, highest rated climbing routes in this area.
More Classic Climbs in North Side » 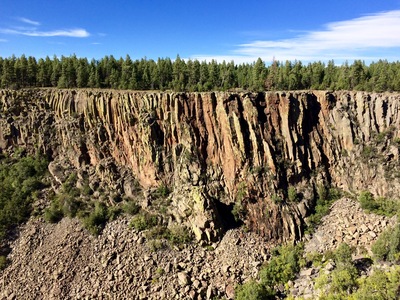 This view never gets old 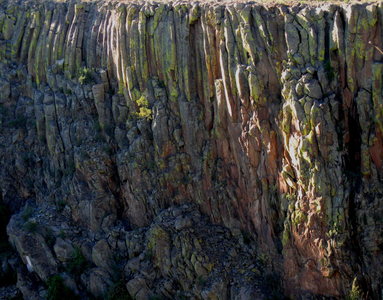 Part of the North Walls all lit up... 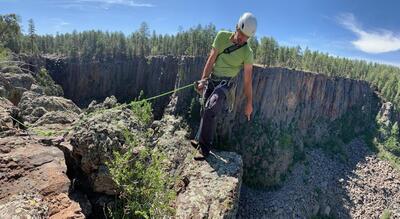 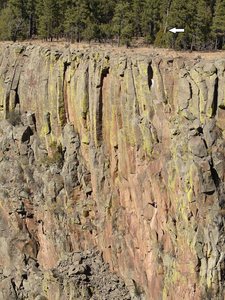 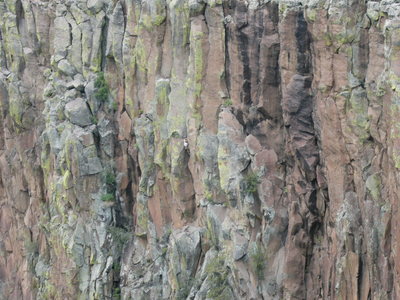 All Photos Within North Side


More About North Side